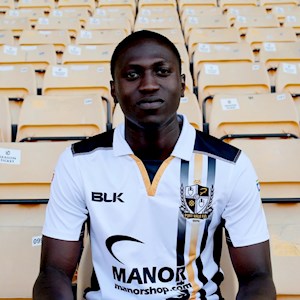 Kanu joined Aldershot Town in October 2016 and became the club’s youngest ever player and goal scorer in league competitions. He scored his first professional goal in a 2-1 FA Cup loss to Eastbourne Borough. The forwards first league goal came in a 3-3 draw with Lincoln City, when he scored the opener.

He signed his first professional contract on the 5th of December, the day of his 17th birthday.

Kanu went on to score five goals in 33 appearances for Aldershot Town, including a showing in the play-off semi-finals.

In August 2017, the teenager joined Peterborough United and made his Football League debut in a 2-1 win over Plymouth Argyle at London Road.

Kanu joined Port Vale on loan from Peterborough in June 2018 and is set to stay in Burslem until the end of the season.