A very quiet afternoon where neither side had a real clear-cut chance in the game. Nathan Smith had the best effort for the Valiants with a blocked shot inside the penalty area which went over the bar in the second half. The winning streak was not lengthened but a good point with the home team chasing a playoff place.

The Valiants were in the hunt for seven straight wins for the first time since 1893 but the hosts had more of the ball in the opening stages. Former Vale player Callum Guy won a free kick just outside the area, he took it himself and curled it round the wall but Scott Brown matched it and parried it away on three minutes.

Carlisle came into the game on a run of two draws and this game seemed like it could end the same way and neither side got hold of the game. Omari Patrick had a shot on goal after 23 minutes but David Worrall did well to close down the angle and block the strike out for a corner. 10 minutes later Vale’s second corner of the game found Shaun Brisley whose effort sailed over the bar.

The reverse fixture ended 1-0 in Carlisle’s favour at Vale Park and the home side seemed the most likely to score in this game too. A minute after Brisley’s effort Carlisle went straight on to the attack as the ball fell to Joe Riley whose effort on goal was blocked by Leon Legge.

The Valiants started the second half on the front foot, after three minutes in the second half, substitute David Amoo’s cross found Legge in the area but he could not get a solid connection on the ball as it drifted wide of the post. Vale’s first shot on target came on 61 minutes, a quick throw from James Gibbons found Theo Robinson in the area who turned on the ball and had an effort at goal which was hit low but Paul Farman was equal to it as he pushed it round the post.

Gibbons ventured forward and had a chance to give Vale the lead with 66 minutes played, after an attempted overhead kick by Devante Rodney, the ball fell to Gibbons who fired it on the half volley but a good block by the Carlisle defence cut out the danger. Two minutes later Smith received the ball from a throw-in, in the area. He chested it down well and hit it with his left foot towards goal but an intervention once more from the home side just put it over the bar.

Two minutes left of the 90 and Lewis Alessandra saw his name in lights as he fired a shot from way out along the ground which was easily claimed by Brown. The game remained goalless as Vale took a good point away from home. 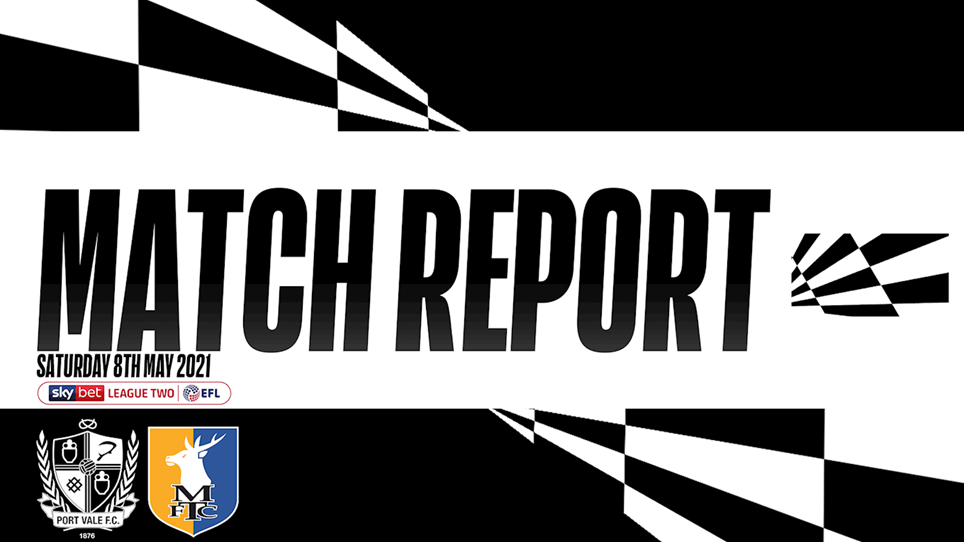 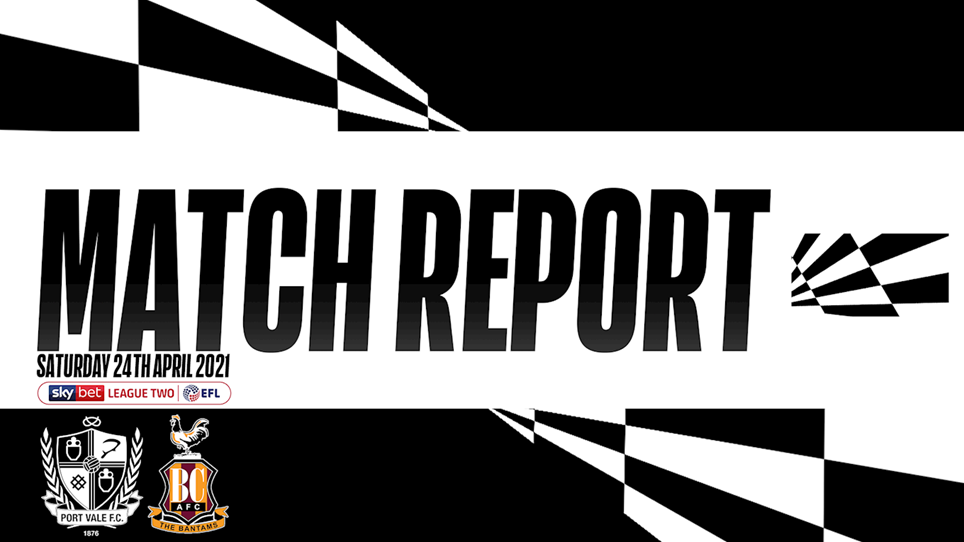