Following Saturday's Sky Bet League Two fixture against Macclesfield Town, the last of the 2018/19 season at Vale Park, the Valiants held their annual awards evening which was attended by players, staff and supporters of the club.

It was a night of celebration as those in attendance commended the efforts across the entire campaign, but who picked up each of the awards? You can find out below... 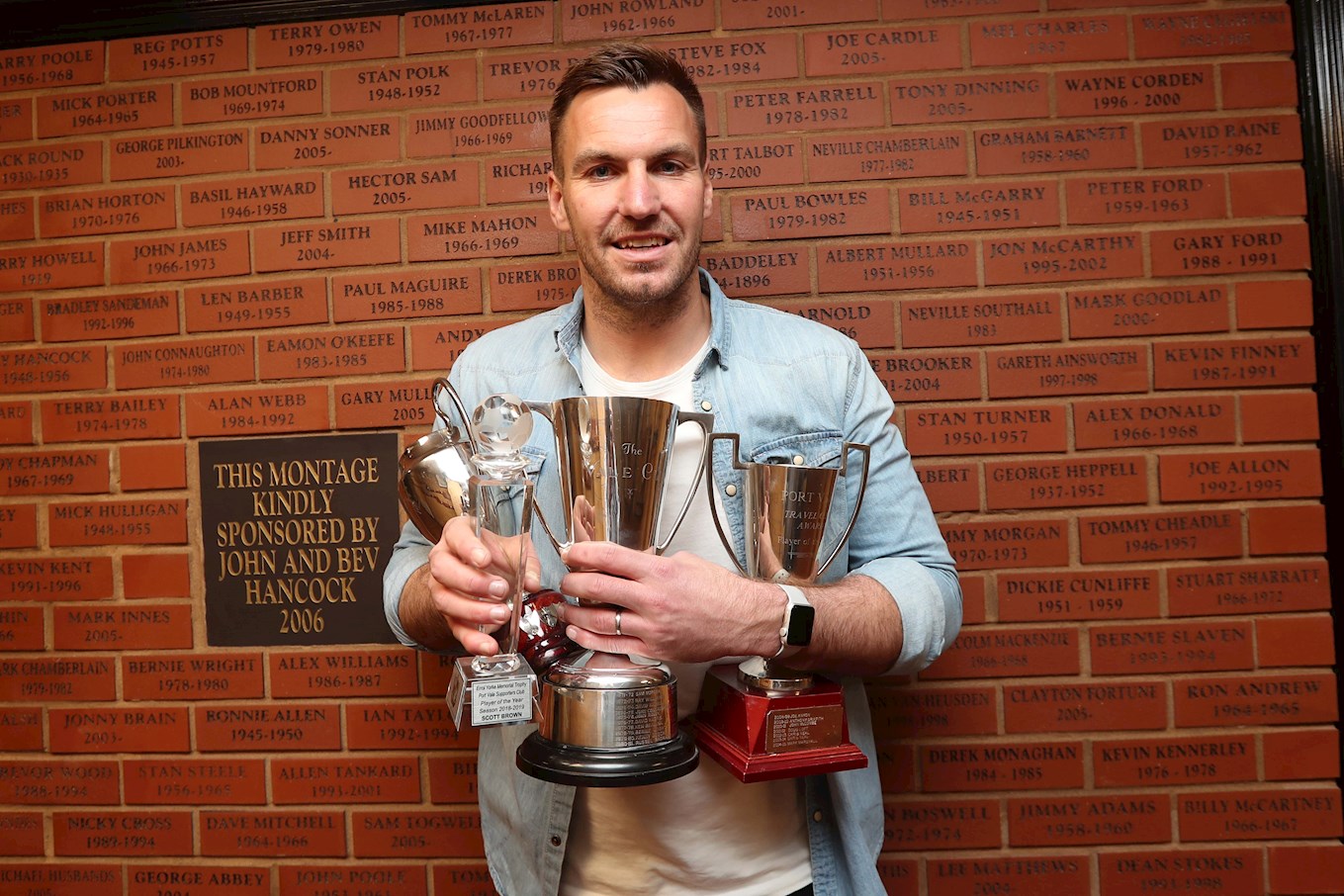 Following a string of superb performances during his first season as a Port Vale player, goalkeeper Scott Brown was rewarded with four awards that highlighted the impact he has had since his summer arrival from Wycombe Wanderers.

The 33-year-old has been an ever-present in between the posts for the Valiants, and his total of 15 clean sheets at the time of writing stands as one of the best records in the division. As a very humble individual, Brown played down his own performance, but it was a positive night for the fans' favourite. 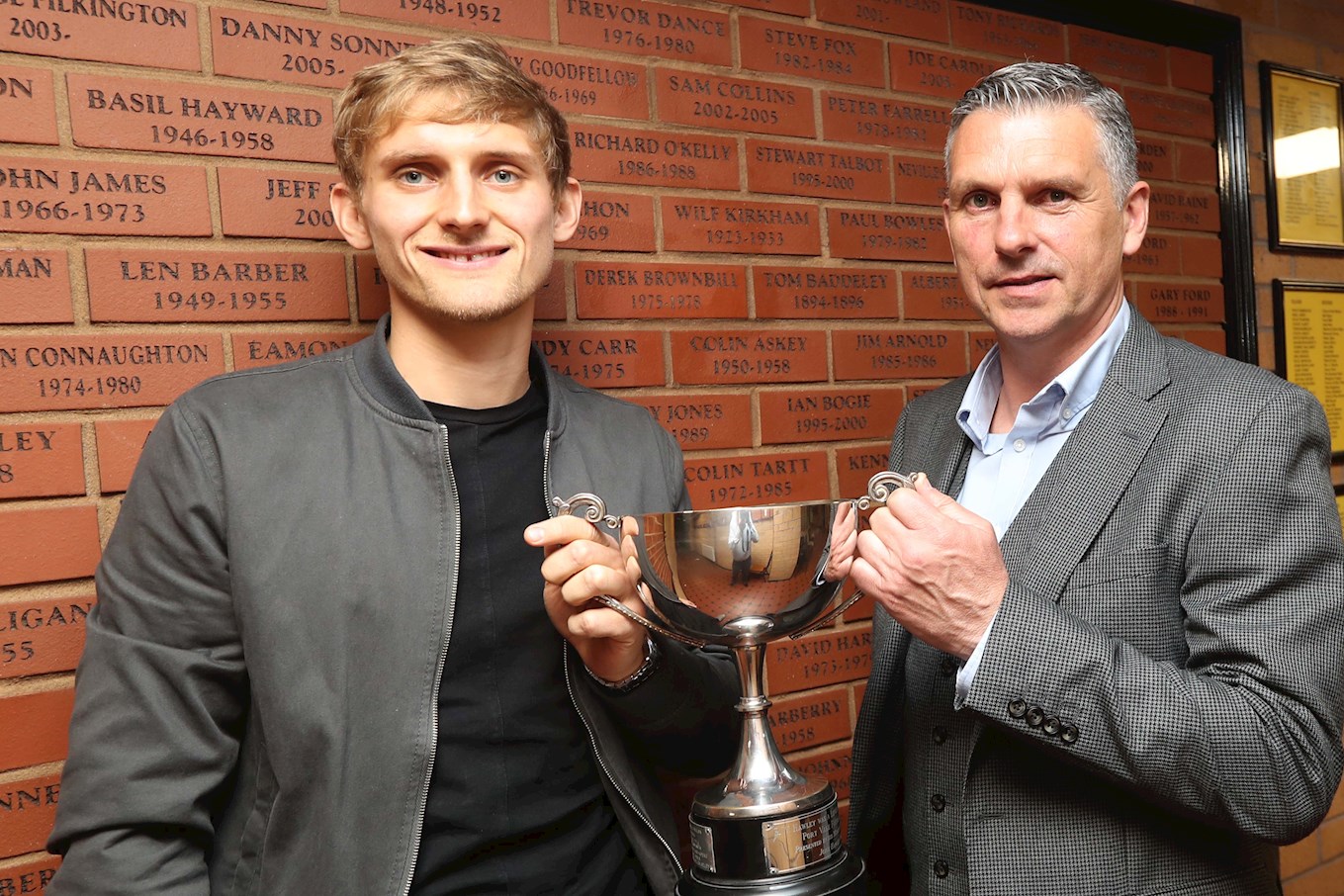 Presented by first-team manager John Askey, Nathan Smith collected this accolade after impressing in the heart of the Vale defence across the last year. Despite being 23, he has been a regular once again and he has displayed his quality on numerous occasions.

March's draw away to Swindon Town also marked his 150th appearance for the Valiants, a remarkable achievement for someone of his age. Smith will now be hoping to add many more to his armoury as his career progresses. 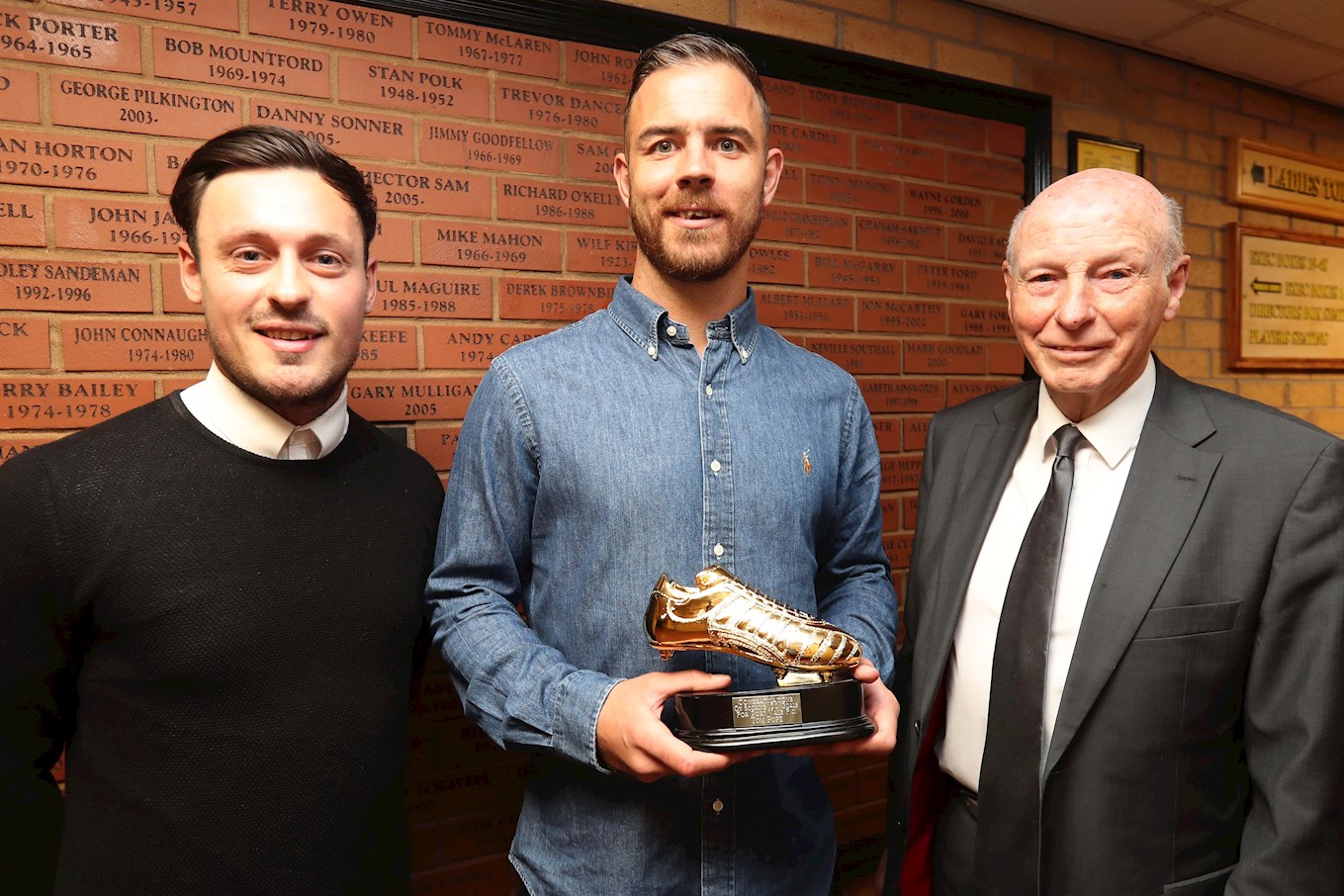 The Vale skipper has plenty of these awards on his shelf already, but he claimed another one on Saturday to recognise the amount he has netted in 2018/19. Despite suffering injury problems, he has scored 13 in all competitions at the time of writing.

He also became the all-time leading goal scorer at Vale Park after scoring in the 2-1 defeat against Newport County, and he then reached a century in the colours of his boyhood club in the 2-1 win away to Northampton Town. As the chant goes, feed the Pope and he will score!

It's not only down on the pitch where he has stood out, Pope has also been proactive in engaging with the local community and his hard work and dedication to that element was also recognised with the PFA Community Champion Award.

Tom Conlon - Goal of the Season

There were several stunning strikes during the season, but it would've taken something very special to beat Tom Conlon's distant volley as he helped Vale on the way to an important 3-0 victory over Yeovil Town at Vale Park back in March.

Scott Brown began the move with a long kick forward before Luke Hannant teed up his fellow midfielder with a cute flick. Conlon then did the rest by thumping an effort over the head of Nathan Baxter - a strike that will be remembered for years to come. 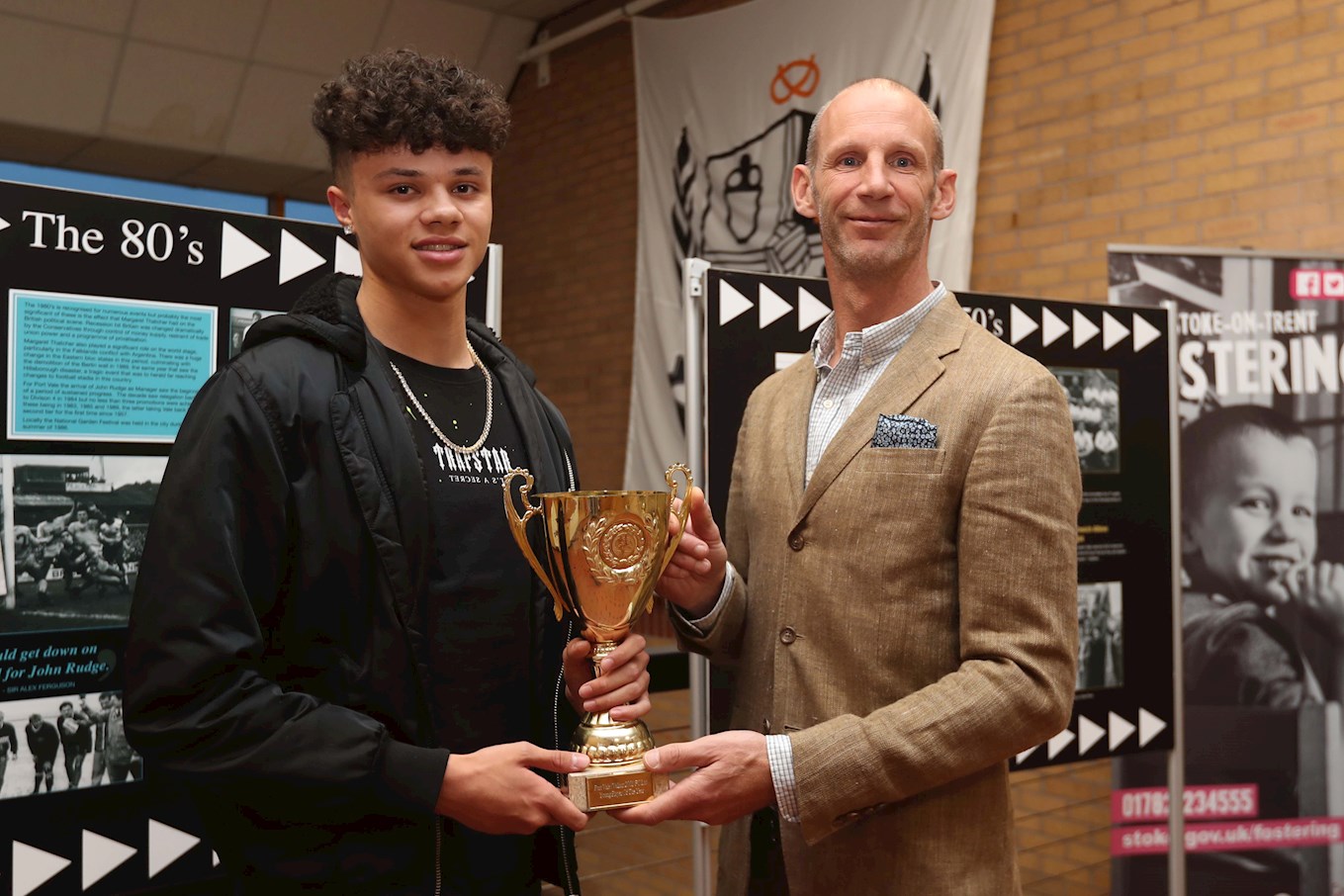 2018/19 has been a great year for Ryan Campbell-Gordon, and the teenage full-back will be hoping he can continue his development as a footballer when the new season gets underway in August.

Mick Ede presented the youngster with the award, and he is certainly one for the future at Vale Park. 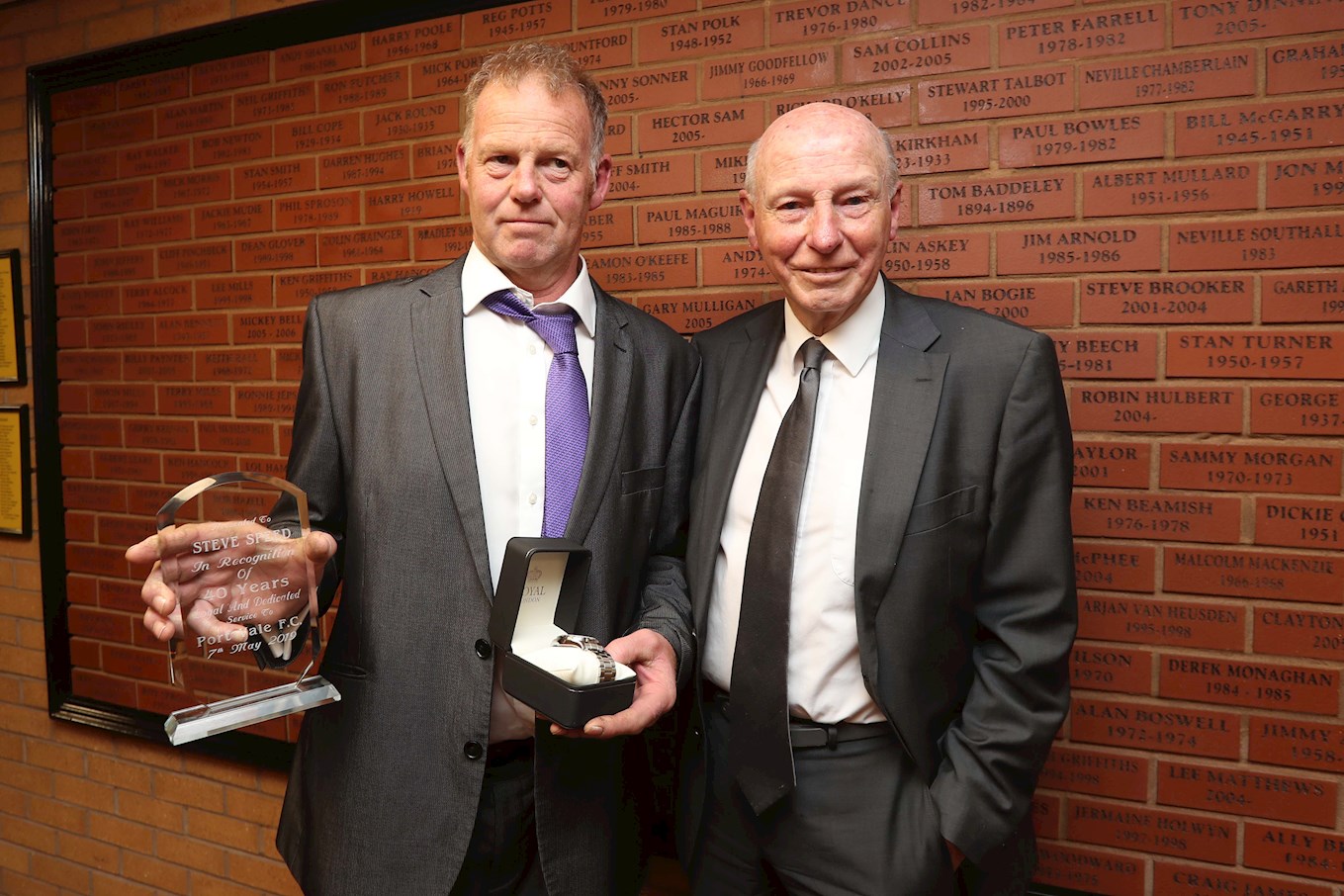 Remarkably, this season was Steve Speed's 40th as Groundsman here at Port Vale Football Club, and it was only right to show appreciation for the work he has put in to maintain the pitch and the facilities at Vale Park.

Also a huge Valiants fan, his support for the team has been unwavering and his commitment to the cause has been exceptional over the last four decades. Here's to next season and his 41st campaign in his role at the club.