Tim Bailey has been serving as the designated safeguarding officer at Vale since the summer of 2020 and has not looked back ever since.

On a typical matchday, there is a lot happening in the background as part of preparations at Vale Park. Whilst players go about their pre-match routines, staff and personnel at the ground prepare to aid in a match going forward smoothly.

One of the many friendly faces around the club that you’re most likely to see, is that of Tim Bailey. Before coming to work at Vale, Tim had extensive experience working within law enforcement in different capacities.

The journey for him has been both interesting and challenging in many ways.

“Coming from a background where I came from where everything is cut and dried, you know what you’re doing, there are rules and regulations - having come into this environment, it’s slightly different because everybody has different ideas of safeguarding and what it is. So upskilling people and training them is a big part of my duties,” says Tim.

On a matchday, there are a number of things that Tim and the stewards have to keep an eye on and multiple responsibilities that they have. Three hours before kick-off, briefings are held within groups of stewards, which are overseen by safety officers who have important instructions for the stewards to be prepared for everything on a matchday.

“My duty is making sure that everybody at the ground, including adults, are safe, nothing happens and if there’s an issue we deal with it accordingly and signpost to wherever we need to go,” says Tim.

On the days where there are no matches and crowds to safeguard, there is still much work to be done at the club for Tim.

“I have to contact other clubs to see what is needed - we all follow the same sheet, there is training that needs to be done. I pick up any kind of problems and complaints that have come in and generally have an overview of what the club expects. I can be on the computer, I deal with incidents and signpost those out. It’s a myriad of things, ” explains Tim.

In light of the independent fan-led review of football governance by Tracy Crouch MP, Tim believes that safeguarding plays an extremely important role within football clubs, now more than ever.

“[The review] It shows that there’s been a gap over the years in relation to making sure that people are safe. This isn’t just a football thing, it’s a sport thing and we’ve missed the boat in many ways.

So part of my role is working with governing bodies to ensure that those regulations are in place and we try to ensure that nothing happens and that it’s a safe, friendly and enjoyable environment,” said Tim.

As much as regulations do their bit in dealing with safeguarding problems, it is ultimately up to people like Tim to ensure that they are properly implemented.

“For example, what a lot of people who are known to police or intelligence services are, they tend to bully younger kids into taking pyrotechnics in because a lot of the time they are not searched. That’s getting them involved in bullying and crime, and we want to stop that. That’s not the way to go,” says Tim.

“We’ve got a fan zone here now, which is for both away and home fans where you can bring your families in, it’s safe and it’s monitored and we don’t want people to be going into town causing trouble and coming back in,” he adds.

Outside of safeguarding, Tim also works within player care for the club’s academy.

“I have responsibility for U8’s all the way up to players in the first team who are U23.Take the safeguarding aspect out of it, we have players from 16-18 who live with host families, and they are from different places all over the UK. So it’s my role to make sure that their accommodation is okay and that they are safe and well. It’s almost like a pastoral role rather than a safeguarding role,” said Tim.

Being involved within an organisation that is dedicated to its community, Tim says he is proud of working at Port Vale.

“I couldn’t think of a better job after I finished the police service. Because a lot of the work in the police service destroyed me and this is building me back up, so it’s very cathartic and I’ve really enjoyed being here,” says Tim.

You can check out the video Ninad filmed for Staffordshire University's Staffs Live below: 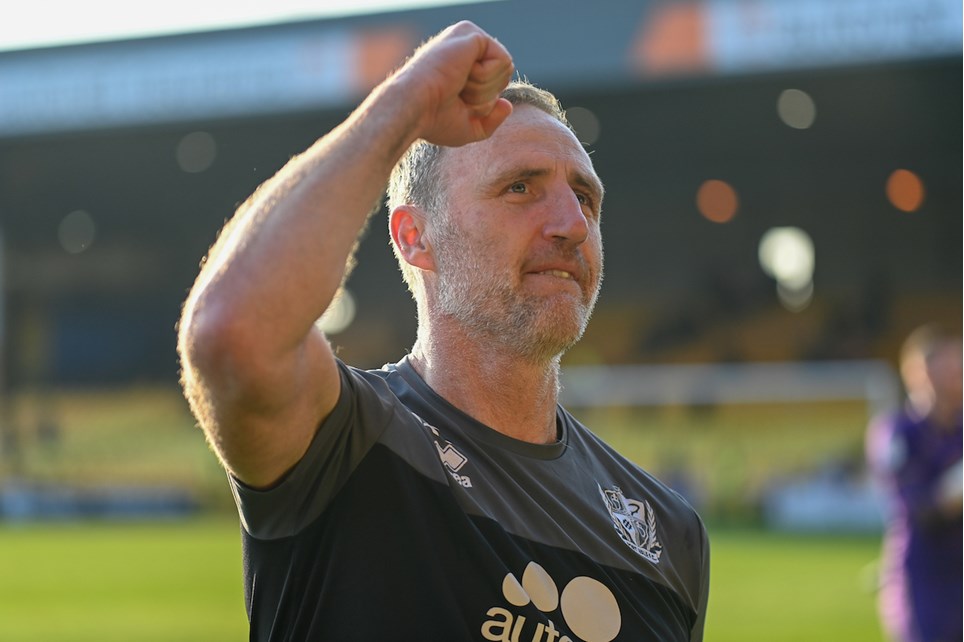 A note from Andy Crosby


The below is taken from Andy Crosby's programme notes for this afternoon's game against Bristol Rovers. 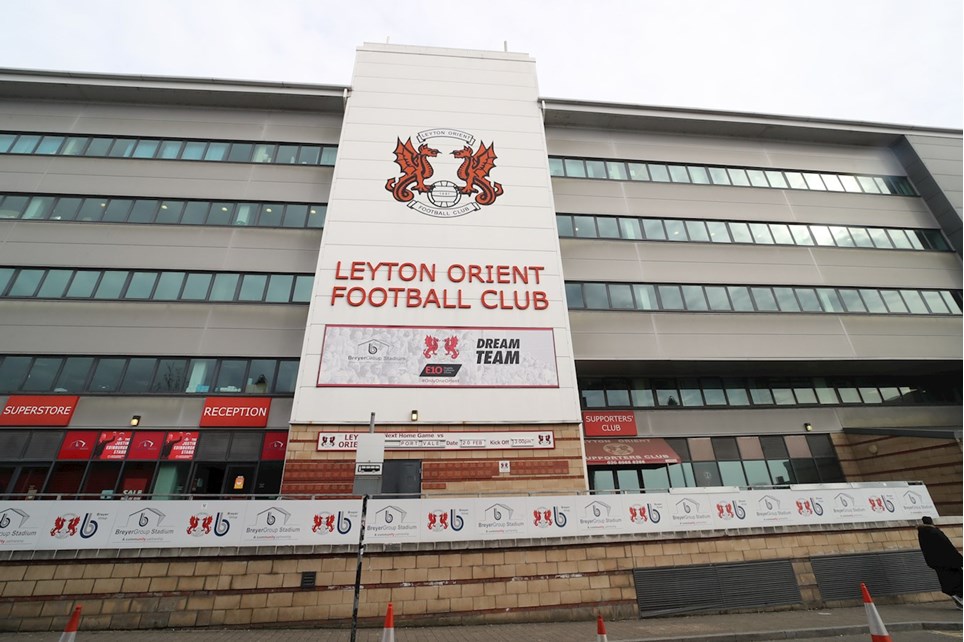 
New manager Darrell Clarke was pleased with the commitment, desire and defensive shape that his side displayed during the Valiants 1-1 draw at the Breyer Group Stadium. 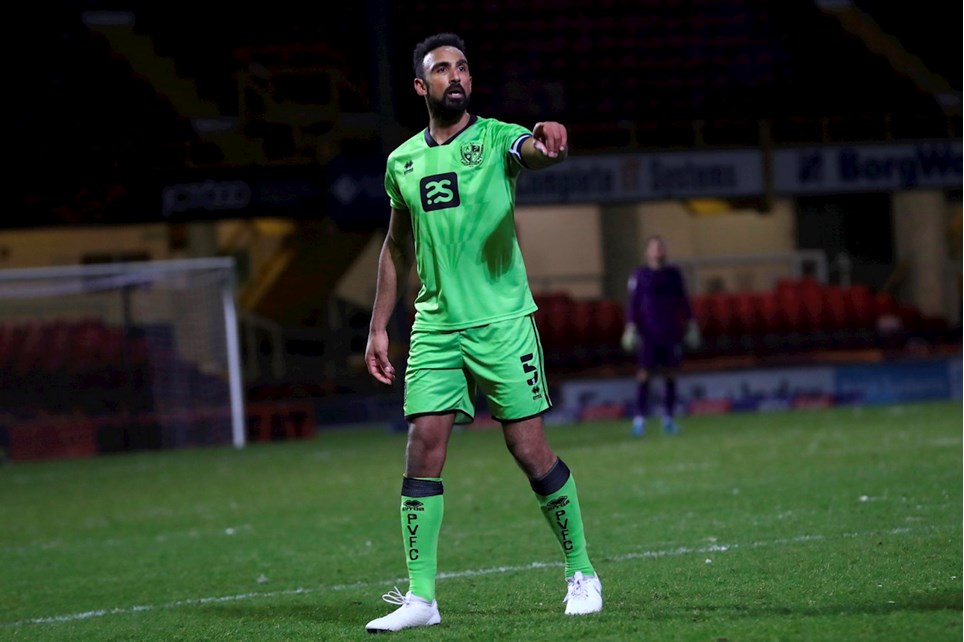 
Port Vale captain Leon Legge is delighted that his 100th appearance for the club resulted in a clean sheet. 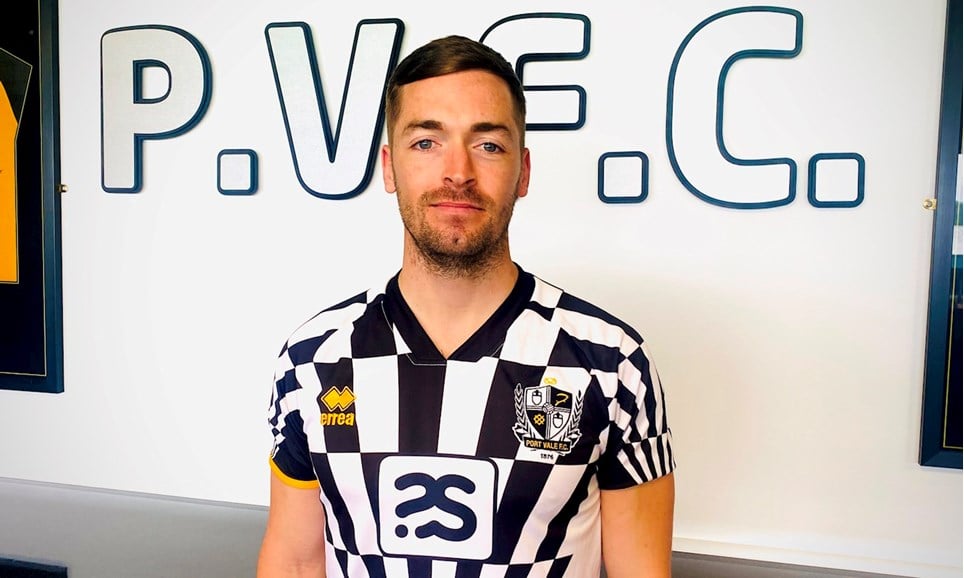