Episode 3 of ‘The Renaissance’ - Chief Executive

Over the following weeks various members of the backroom staff will be explaining to us what life is like inside the walls of Vale Park, and how the club has transformed over the past 12 months under the guidance of new ownership. There will be highs, lows, and a pocketful of untold stories.

Today, we view the journey from the eyes of the Port Vale Chief Executive, Colin Garlick.

It was 1, March 2019, and as expected, the atmosphere in the function room at Burslem Golf Club was exceedingly tense. Irate supporters shuffled impatiently in their seats, armed with a collection of knotty questions to fire in the direction of Port Vale’s Chief Executive, Colin Garlick. If you happened to peer down towards the foot of the League Two table that evening, you would find The Valiants slumped in 22nd place with the football club’s league status in serious jeopardy. The occasion that night was a supporters meeting arranged by Mark Porter, the Chairman of the Port Vale Supporters Group, to predominantly discuss the issues that surrounded the club’s ownership. The meetings always remained peaceful and controlled, and this was no different, but Colin was a one-man band faced with the arduous task of providing answers to difficult questions. “It would have been easy for Colin to not show up to those meetings,” Mark Porter said. “But he was always there. Even when we were protesting against the previous owner, Colin still came. He sat there, faced it, answered all the questions and was always honest. He never once shirked a question, and because of that, I have so much respect for Colin and the manner in which he conducted himself. Since then, he’s provided a structure to the football club that not many others could provide. He’s been incredible, absolutely incredible. I can’t speak highly enough of him” Porter added.

In every sense, Mark Porter was right. I struggle to think of many that would have conjured up the backbone to stand firm in front of a jam-packed Burslem Golf Club. In fact I can think of plenty that would quake in their boots, (myself included), at the thought of facing a room full of aggrieved supporters that were searching for clarity. For Colin though, it was just another day at the office:

“I have always spoken to the fans at supporter’s meetings at both Rochdale and Macclesfield. I am a firm believer in facing the fans, so I didn’t feel like I was doing anything out of the ordinary back then. On every occasion, I always assured the supporters that I would be honest and I was. Some won't believe that though because there were questions that I was unable to answer, and people would say to me, ‘you’re the Chief Executive, how can you not give us an answer? But I genuinely didn’t know the answer!”

Colin Garlick joined Port Vale in September 2016 with an abundance of experience to his name. He had been commended for his influence in Rochdale’s growth, and following his departure, was labelled ‘an integral part of the club’s most successful spell in its history’. As well as that, he had enjoyed thirteen fruitful years at Macclesfield Town as Club Secretary, with eight of those being in a voluntary capacity alongside his long-serving role in the dairy industry.

When he arrived at Vale Park, he lavishly filled the shoes of the retiring Bill Lodey, and worked closely with the chairman, Norman Smurthwaite, and manager, Bruno Ribeiro to help spark a change in fortune. However, for several reasons, the years that followed proved turbulent, and it was in the early part of 2019 that things became extra difficult for Colin:

“I’d just lost my father in March 2019, and at that point, things at the club were tough. Norman had decided that he wanted to sell the club, and he handed me the responsibility of dealing with any potential buyers. There was additional pressure because Norman had threatened to put the club into administration at the end of the season if there was nothing on the table, and so I began talking to a guy on behalf of an American consortium as well as Carol and Kevin. My preferred choice was always Carol and Kevin because they seemed like the perfect fit. They’d watched the team perform from the eyes of a supporter, understood what the club was about and had a clear vision in mind.”

Carol and Kevin Shanahan’s impact within the Burslem community had been turning heads for some time; so when rumours began to link them as potential buyers, they instantly gained supporters vote. It was their dedication towards supporting the disadvantaged members of the community that truly epitomised their benevolent nature. They were attributes that Carol introduced to the Port Vale Foundation after she joined as Chair in 2017, and has continued to nurture in her role as Chair of the football club.

Colin has witnessed an array of changes, improvements and upgrades over the past 12 months; but none more so than the reconstruction of the football club’s values, which now puts greater emphasis on the people that support it:

“It’s chalk and cheese if I’m being honest. There have been plenty of changes but the most significant change is the way in which the focus has shifted towards the people. Everything is about the people and making sure that they come first. Improvements in the media department, the gym, the food, it all comes back to the people and caring about them; wanting to give them the best possible experience.

“For me, I have always said that anybody can come in and buy the club, or manage the club, or play for the club, but ultimately the fans will always be there and so it is them that truly own it. Those are my beliefs, and Carol and Kevin share that philosophy.”

After the retain list was announced on Monday; Carol has been calling each player one-by-one to thank them for their service this season, including the individuals that have been released. That is the sort of camaraderie that has generated an unprecedented bond between the owner, supporters and players; a bond that Mark Porter described as ‘special’. In last week’s episode of The Renaissance, Porter reserved praise for the members of staff that have spent time contacting supporters during the pandemic, and for going out of their way to pay respects for those that have sadly passed away. That is something that Carol and Kevin are extremely passionate about, and next Tuesday, Carol is standing outside Vale Park to pay her respects for two loyal fans that are being taken to their final resting place via a lap of their beloved Vale Park. It speaks volumes of the person that she is, and her selfless act in Friday’s EFL meeting emphasises that. Carol came to the difficult decision to vote in favour of ending the current League Two campaign, despite the team being 8th in the league and pushing for a play-off spot. A noble decision that Colin, as challenging as it was, saluted:

“Of course, it was always going to be a really tough decision because of our position and form. We had lost one in the last nine games, and only lost a single game at home all season, so with our next two fixtures being at Vale Park we felt that we had momentum. Despite that it was the right thing to do. As the call went on, we quickly realised that right across the board there was a general consensus to finish the season. The majority of people have responded [to the decision] well and the reception from outside of the club has been really positive. My phone has been constantly buzzing with messages from different people within the football industry saying how selfless it was and how we should be proud of what we have done.

“I take my hat off to Carol and Kevin, as they are the ones funding the football club at the minute without any income. They’ve been doing absolutely everything in their power to ensure all staff are paid their full money and deserve great credit for that.”

Unfortunately though, many other football clubs in the lower tiers of the football league are progressively struggling to keep their heads above water during the current climate. Whilst Colin admits it is a very worrying time and shares a concern for the existence of others, he is thankful for the solid foundations that have been built in order for Port Vale to survive:

“I must say, I really feel for Carol and Kevin as owners of the football club at this very difficult time and absolutely no one could have predicted this last May. I dread to think what would have happened to the club if this had happened 12 months earlier but the club is in a good place, and although there is no football at the moment, the club is continuing to build on the awesome work in the community.

“My view has always been to leave the football club in a better place than when I arrived, and I can honestly say that if I was to walk away from Port Vale tomorrow I would take great satisfaction in the position that the club is in today. Without sounding as if I’m patting myself on the back, I think that I’ve made a significant impact. There’s a conversation that I had with Carol that sticks in my mind. She said to me that she wouldn’t have ever bought the football club if it weren’t for me. That makes me immensely proud, and something that I will take away with me.

“I’ve been very lucky in my working life, and for the vast majority have worked for people that I trust and respect. I’m very grateful that I enjoy that relationship with Carol and Kevin. They are fantastic owners.”

Episode 3 of ‘The Renaissance’ - Chief Executive

Foundation work earns praise off both Askey and Legge


The Port Vale Foundation has been praised by both Vale boss John Askey and club captain Leon Legge for the work that the club are doing in the community during the current coronavirus pandemic. 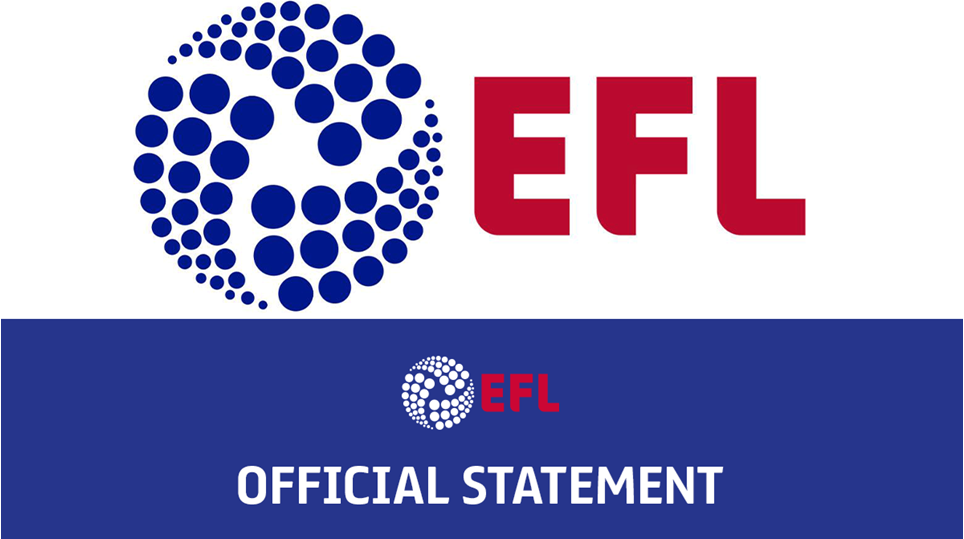 
The EFL Board met yesterday to consider the feedback and subsequent implications of last week’s Divisional Club meetings, as the League continues to address the many complex financial and operational... 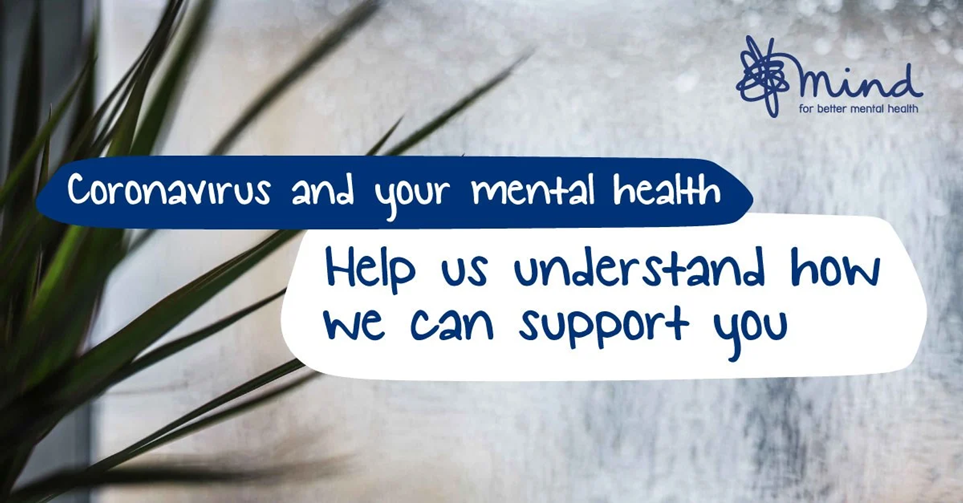 Legge says the club can push on next season


Port Vale captain Leon Legge has said that the club can build on the foundations created during the 2019/20 season and push on for another successful campaign next time round.