Morecambe make the trip to Vale Park tomorrow as we look to extend our unbeaten run at home in the league to six games. Could another classic encounter be on the cards against them? We've picked out two classic encounters against The Shrimps for you to look back on!

It was the first time Vale had ever met Morecambe in the Football League, and they went into the game in 15th place having lost five of their six home games that season.

Louis Dodds had a 20 yard shot tipped against the post by Barry Roche in the 26th minute and Marc Richards also hit the post just before half time. Vale eventually broke the deadlock in the 80th minute when present day Morecambe manager Jim Bentley slipped to allow Richards to score with a well-placed shot. A minute later though, Bentley atoned for his error by heading home a Craig Stanley corner.

Vale won it in the last minute when a superb cross by Luke Rodgers caught Roche out and Richards steered the ball into an empty net.

The Morecambe side contained future Vale defenders Ryan McGivern and Adam Yates, who of course now works in the Community department.

Vale were five games without a win but romped to a huge victory in their final home game of the season under caretaker manager Mark Grew.

Louis Dodds gave Vale a 17th minute lead with a fine shot from 15 yards and four minutes later Marc Richards lobbed Barry Roche, who is still their main keeper, for his 20th goal of the season. Phil Jevons fired in a 20 yard shot for the visitors in the 32nd minute but Vale soon regained control. Justin Richards raced clear and rounded Roche in the 41st minute and made it 4-1 in time added on in the first half with a shot into the roof of the net.

Poor defending allowed Dodds to score his second of the game in the 58th minute and nine minutes later he completed his hat trick with a superb curling left foot shot from a corner by Egyptian international Sam Morsy. Substitute James Spencer scored a consolation goal for Morecambe in the 79th minute, but Justin Richards completed his hat trick in time added on by sidefooting home Vale’s seventh.

It was a red letter moment for the Vale as it was the first time they had scored 7 in a game since September 1960, over 50 years previously, which was longer at the time

than any other team in the main four divisions, so certainly an unwanted tag firmly banished.

Ryan Lloyd, who is back at the Vale of course, made his debut for us as a substitute that afternoon whilst Morecambe substitute Chris Shuker later joined the Vale. Vale defender Ritchie Sutton is now with Morecambe. 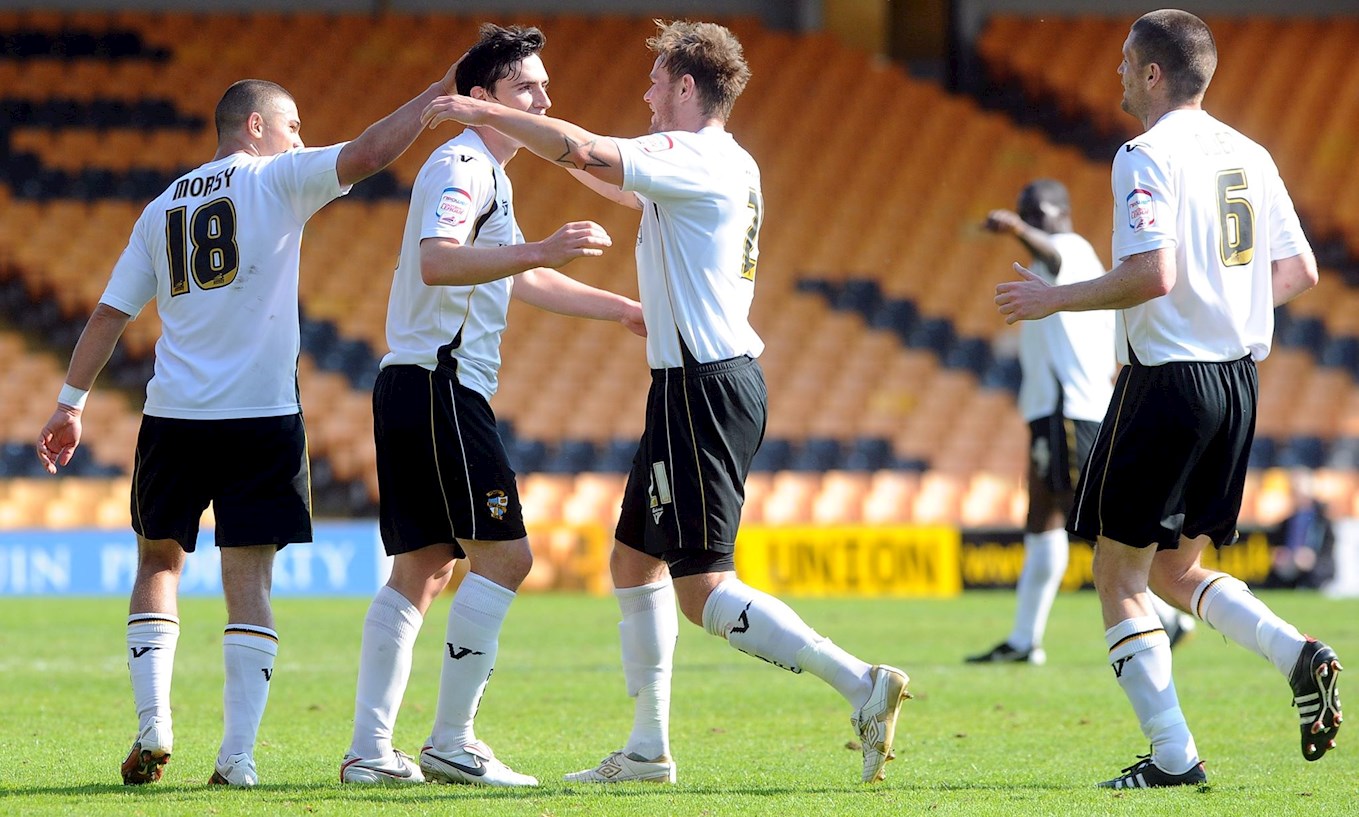