Port Vale are pleased to announce that Autonet Insurance will be our official shirt sleeve sponsors for this Saturday's FA Cup tie against MK Dons.

Autonet Insurance is an Insurance Broker, first established in 1998 in Stoke-On-Trent, and first teamed up with Port Vale in the summer when they became the official sponsors of the Autonet Insurance Stand where away fans are located.

Our growing partnership with Autonet Insurance will see their logo feature on the left sleeve of Port Vale's First Round FA Cup shirt against the Dons. This Saturday's shirt will also feature a poppy to remember all military and civilian servicemen and women who have lost their lives during two World Ward and later conflicts.

Port Vale's chairlady, Carol Shanahan said: "I'm so pleased that Autonet Insurance are increasing their presence at the club by becoming our official shirt sleeve sponsor for the game against MK Dons.

"To have a local company working with us for such a historic cup competition is fantastic. Working with the local community is so important to us and that is reflected in our partnership with Autonet Insurance which is going from strength to strength.

Ian Donaldson, CEO of Autonet Insurance said: "As a local business we have always been passionate about giving back to our local community.

"Port Vale is a huge part of Burslem and its community and as I already do business with Kevin and Carol, I was very keen to get involved in their new venture as the owners of Port Vale FC, a club that played a huge part in my own childhood.

"Autonet has been part of the Burslem community for many years and we are proud to now be sponsoring the Hamil Road Stand at Vale Park.  I also look forward to continuing to work with Kevin and Carol for the good of the club.

"All the very best to them and everyone else involved, here’s to a great season. Up the Vale!" 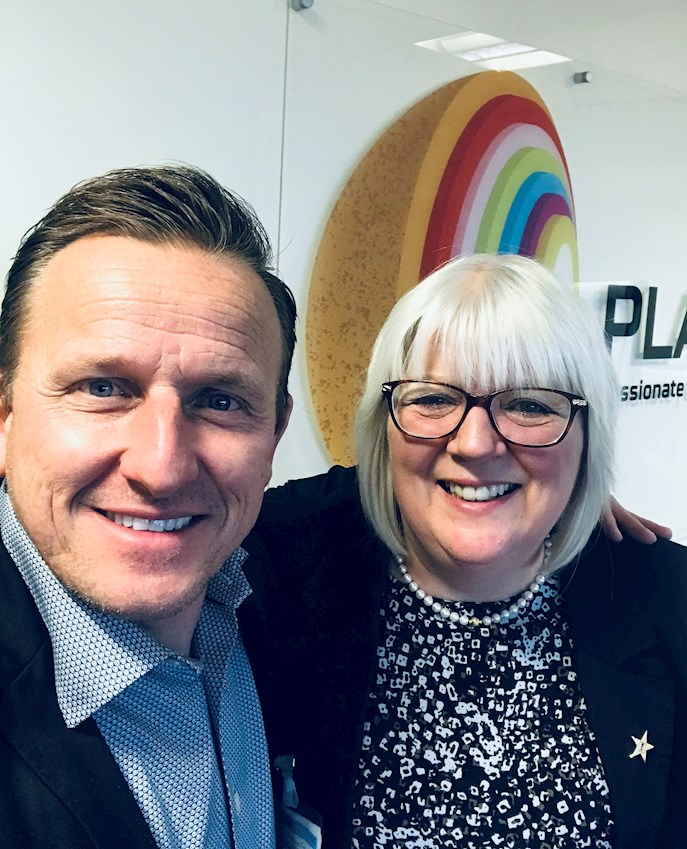