The Valiants look to make it nine unbeaten as we travel to The EnviroVent Stadium tonight.

The former central defender Simon Weaver was appointed player-manager of Harrogate Town when he joined the club in 2009. In 2018 the club reached the National League for the first time. Two years later they won promotion to the EFL after beating Notts County 3-1 in the National League playoff final. Weaver won his first game as an EFL manager beating Southend United 4-0 away from home.

Weaver on our strengths “Strong, determined, physical outfit that know their system and shape really well. Experienced lads, making very few errors so a hard team to grind down but we’ve got to shift it quickly and try to disorganise them by doing so and driving at them. We’ve got some pace in our team”.

Midfielder Josh Falkingham captains Harrogate having joined the club in 2017. He began as a youth player for Leeds United before moving onto St Johnstone in 2010. For seven years he had spells at Arbroath, Dunfermline Athletic and Darlington before moving back to Yorkshire where he has made over 150 appearances for Harrogate. Falkingham has made 41 appearances in all competitions this season. 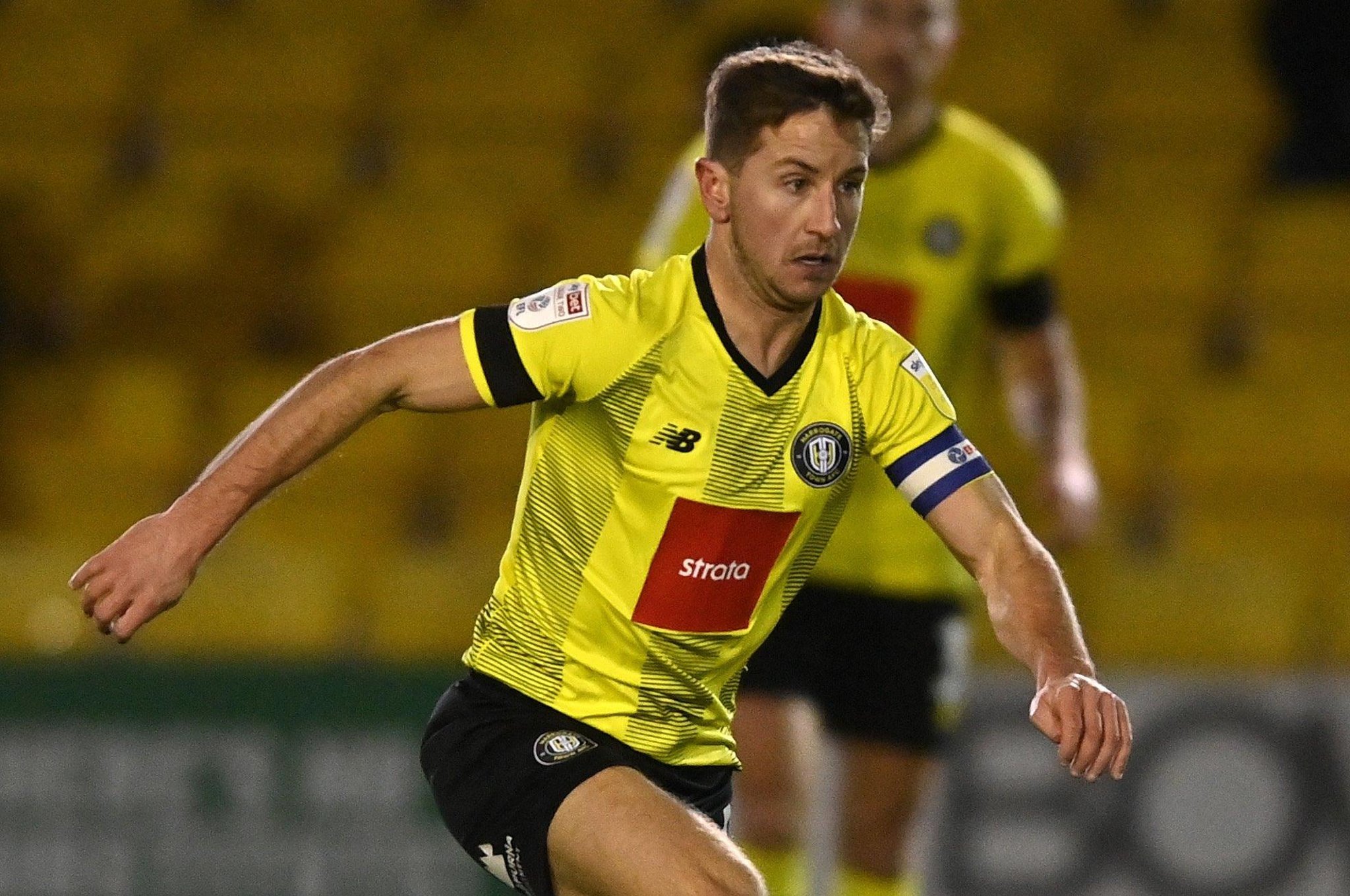 25-year-old Luke Armstrong has been on fire for Harrogate since signing for them this summer from Salford City. His youth career started with Middlesbrough in 2009 before moving to Birmingham City five years later. His first professional start was for Cowdenbeath in Scotland in 2015 before moving onto Blyth Spartans, Middlesbrough, Gateshead, Accrington Stanley and Salford City.

He impressed out on loan at Hartlepool United which saw them get promoted to the EFL and his performances led him to be acquired by Harrogate. He has scored twelve goals in all competitions this season with two of them coming in cup competitions making him Harrogate’s top scorer. His most recent goal was in mid-February in a 4-3 away defeat to Exeter City. 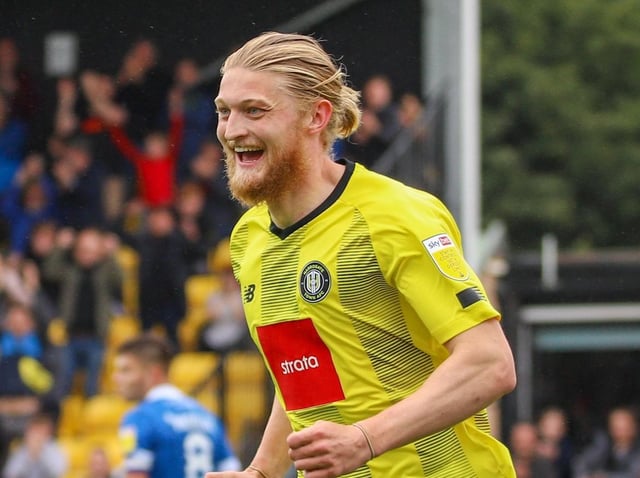 Harrogate have won one, drawn two and lost two in their last five games. Their defeats came at the hands of Crawley Town and Exeter City. They grabbed an away win against Bradford City a point away from home at Rochdale.

Their most recent game was a 0-0 draw away to Barrow in a dull affair with neither team managing a shot on target.

Wetherby Road or The EnviroVent Stadium has a capacity of 5000 and was opened in 1920. In their first EFL campaign last year they had to rip up their plastic pitch and replace it with natural turf due to the EFL’s regulations. This will be the first opportunity for Vale fans to visit this stadium to watch the Valiants as last season’s visit was behind closed doors. 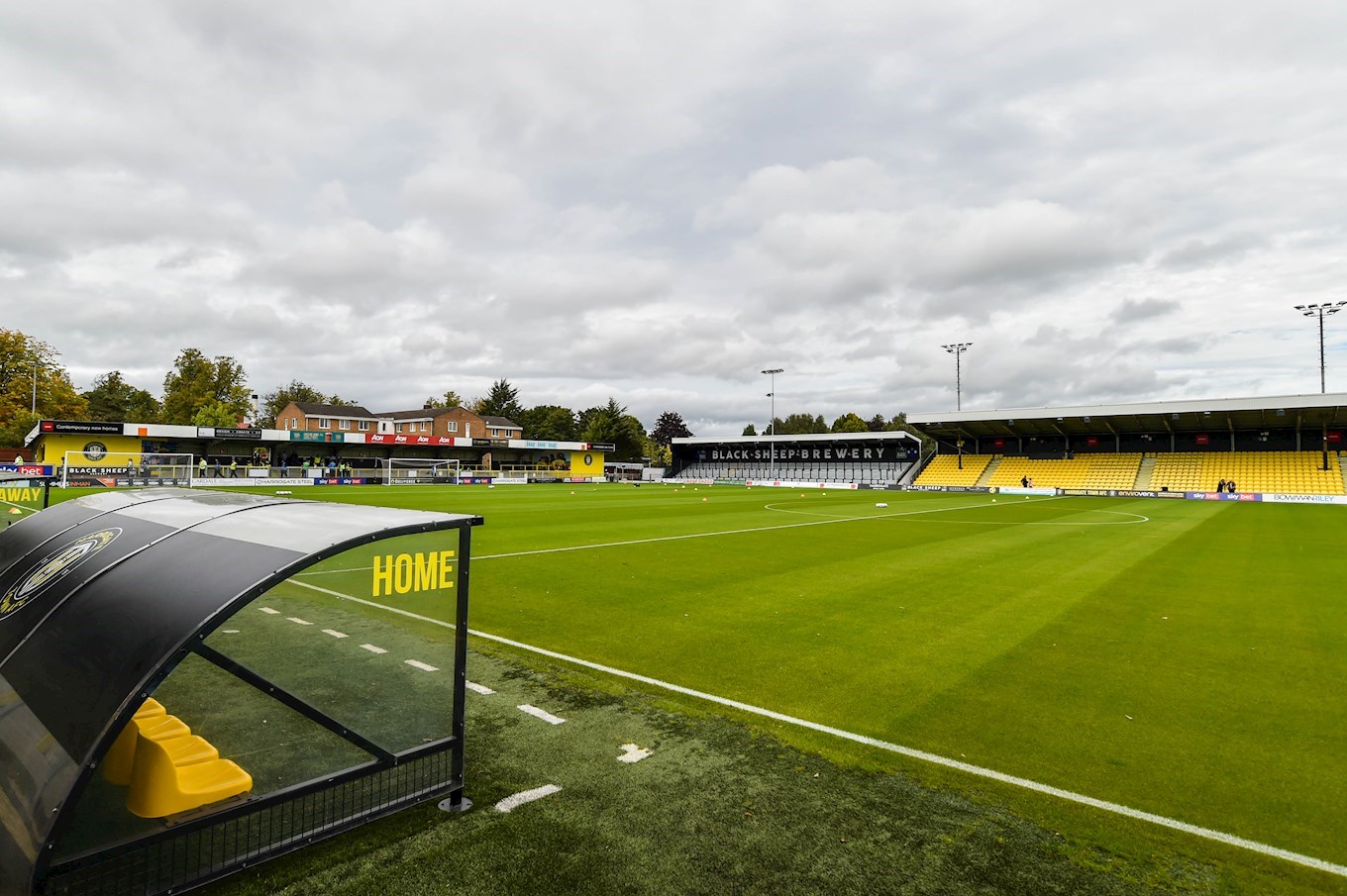 From the North and South leave the A1(M) at Junction 47 and take the A59 towards Knaresborough. Then take the A658 towards Bradford/Harrogate. At the second roundabout turn right onto the A661 towards Harrogate. You will pass a Sainsburys, then carry straight on at the lights with the Woodlands pub on the corner. The entrance to the ground is just a bit further down on the right.

The closest railway station to the Envirovent Stadium is Harrogate Railway Station, which is just over a mile away, and is served by trains from York and Leeds.

There is a bus (number 7) which you can catch from Harrogate Bus Station in the Town Centre, which passes the stadium. You can find the bus station by turning right out of the railway station and it is a short walk in that direction. The bus journey will take around 10 minutes and, with a valid match ticket, costs £2 return for adults and £1 for children.

For those wishing to walk, it’s a nice walk and will take you between 15 and 20 minutes. Exit the station on the East side (trains towards Leeds) and turn right onto the main road. Cross over at the pelican crossing and continue south. When you reach a roundabout, turn into Station Avenue, which continues on to North Park Road. Follow this until you reach Wetherby Road (A661), where you should turn right. You’ll then see the stadium on your left after around 350 metres, past the hospital.