Keith Millen will be known as an assistant manager to most whilst having spells as caretaker manager at Bristol City, Crystal Palace and Milton Keynes Dons. He got the gig at Brunton Park in October 2021.

Millen on tomorrow's game "Port Vale had their game called off as well so maybe in that respect us not playing ours is another plus for us. If we had played at Rochdale they’d have been fresher, because we’d have had 90 minutes in our legs with them getting a weekend off, so that helps". 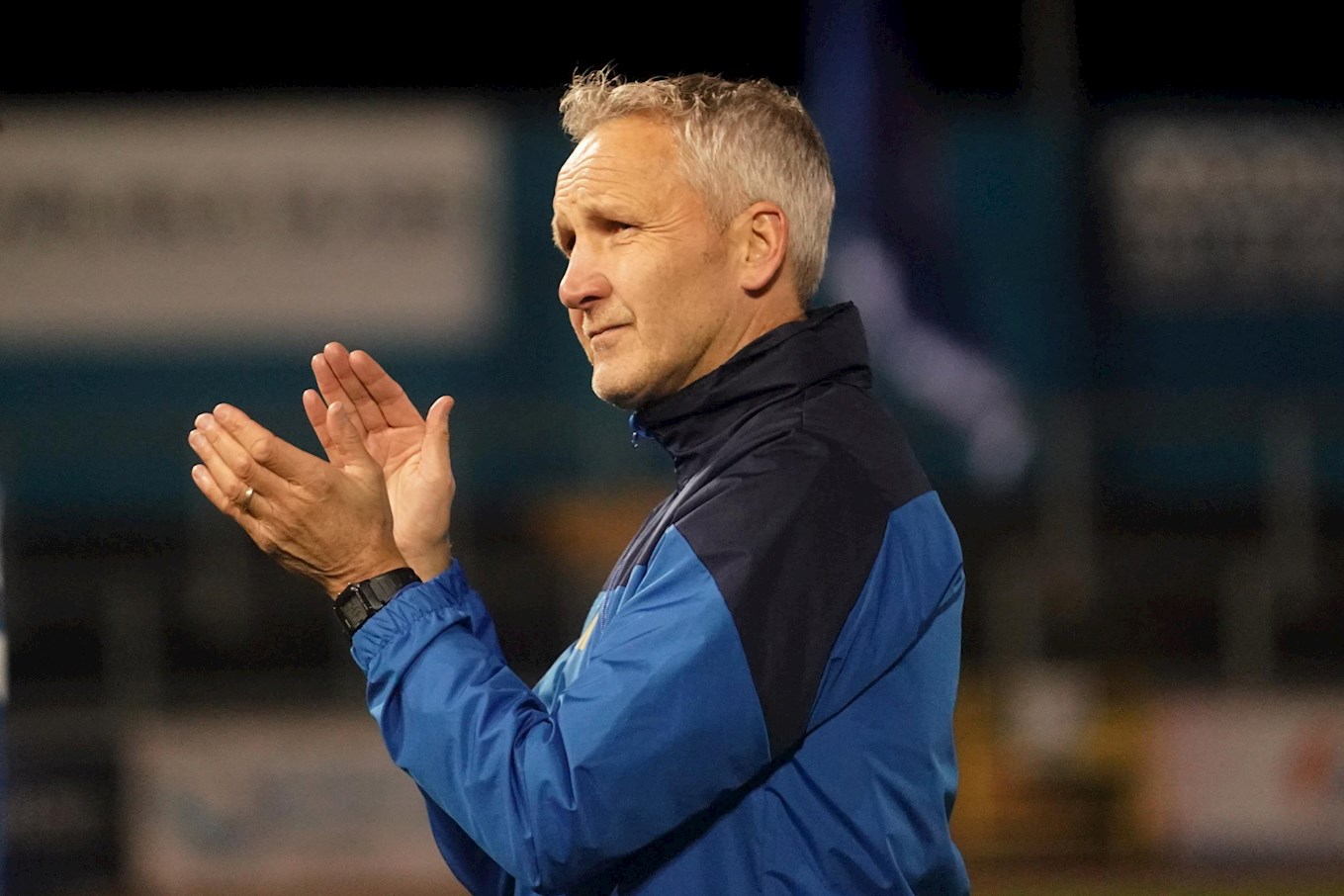 Former Valiant Callum Guy captains Carlisle. The midfielder spent his youth career at Derby County but made no professional appearance for them. He made his first EFL appearance wearing the black and white of Port Vale in 2017 whilst on loan. He also joined Bradford City and Blackpool on loan and permanently signed for the Tangerines in 2019 before signing for Carlisle a year later.

The midfielder does not yet have a goal to his name but does have one assist in his 33 appearances in all competitions this season.

Forward Jordan Gibson began his youth career at Rangers in 2015 but made his professional debut for Bradford in 2017. Two years later he went out on loan to Stevenage before permanently signing for St Patrick’s Athletic and Sligo Rovers. He signed for Carlisle this past Summer.

Gibson has scored six goals in all competitions in 27 appearances making him United’s top scorer this season. His last goal came on the 8th of January against Bradford City in a 2-0 home win. He also has 3 assists this season. 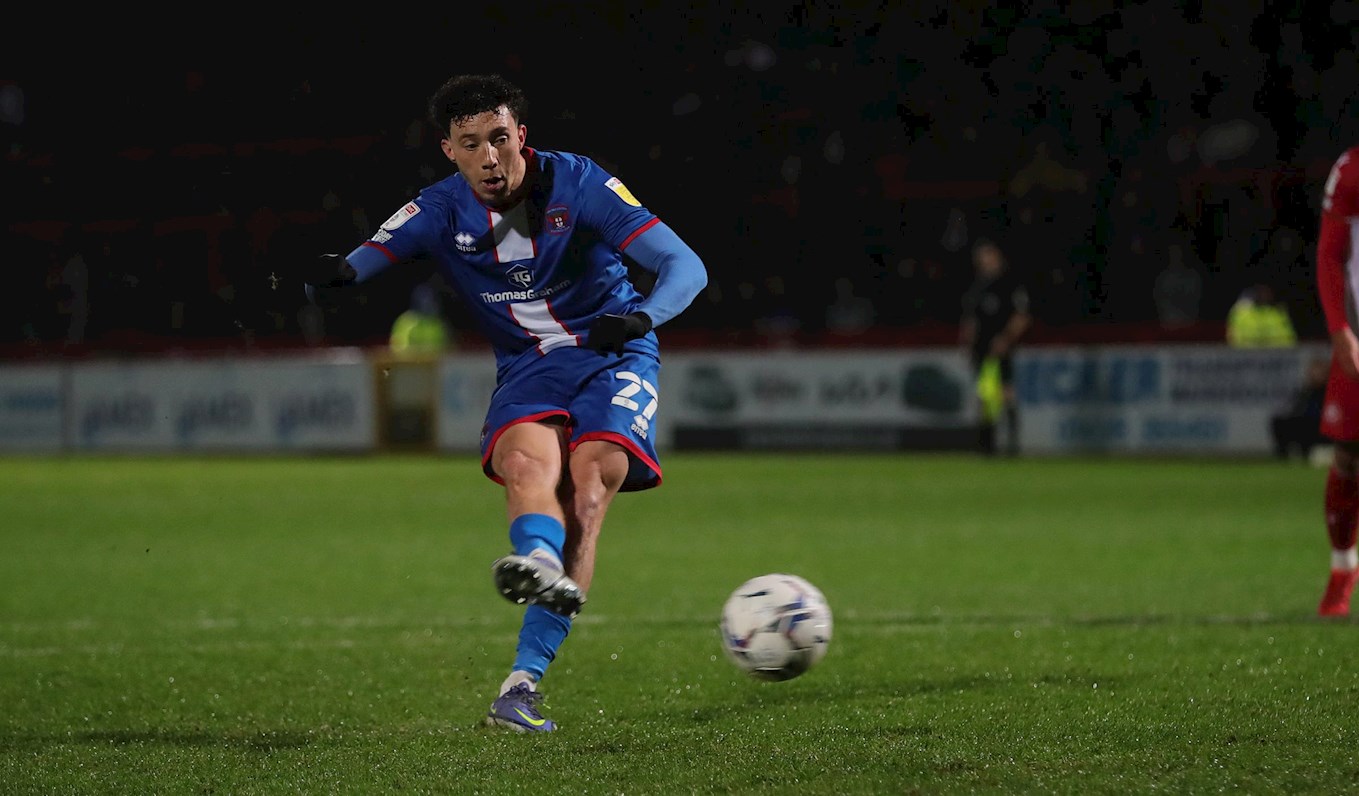 Carlisle have drawn two and lost three of their last five games. Draws against Crawley Town and Hartlepool United with defeats to Forest Green Rovers and Sutton United. In their most match they visited Salford City.

After no goals in the first half, Ryan Watson gave Salford the lead from the spot on 52 minutes. 15 minutes later Omari Patrick brought Carlisle level but on 71 minutes Matt Smith restored Salford’s lead and the Ammies hung on for the three points.

Brunton Park has a capacity of 18,202 and was opened in 1909. In 1953 the grandstand at Brunton Park which was made of wood set on fire and burnt to the ground due to an electrical fault. The sale of local lad Geoff Twentyman to Liverpool with a price tag of £12,500 gave Carlisle the funds to rebuild the stand which is now the West Stand.

How to get there:

Leave the motorway at Junction 43 and take the first exit off the roundabout. The blue roof of the Pioneer Stand can be seen on the right hand side, almost as soon as you leave the roundabout. Keep going straight ahead along Warwick Road (A69). After passing through the third set of traffic lights the club shop (Blues Store) and Hughie McIlmoyle statue marks the main entrance to the ground.

Main Car Park (home and away supporters) - from the M6 turn right at the third set of traffic lights and drive through the gates and behind the Pioneer Stand to enter the car park.

Supporters travelling from the west can enter the car park from St Aidan’s Road, via Victoria Place. Due to the location of our car park we advise fans to check the availability of car parking facilities when the weather is bad.

Fans are charged £3 to park their car. Please note – after the game, cars will only be allowed to exit the car park after all supporters have cleared the area and any away coaches have left the stadium.

Brunton Park is 1.2 miles from Carlisle Railway Station. Head out of the station, cross the road, and locate Nando's Restaurant on the crescent-shaped corner adjacent to the first set of traffic lights. Walk down Warwick Road for about 1 mile and you will reach Brunton Park, situated on the left-hand side. A taxi rank is located just outside the Railway Station.

Take the number 76 bus from the city centre. Alight at the Lakeland Gate Inn. Head back a short distance from the direction you travelled on the bus and Brunton Park is on your right-hand side.

From the city centre, we are approximately 0.8 miles from the Lanes Shopping Centre. Exit via KFC onto Lowther Street and turn right. Take the next left onto Lonsdale Street and carry straight on across the road at the traffic lights, until you get to Hartington Place. Take a right, at the end of the road head left, and you are now on Warwick Road. Brunton Park is located on the left-hand side as you walk along