We’re five unbeaten as we head into our game against Tranmere this weekend. Let’s take a look at some previous clashes in Birkenhead

Vale were looking to build on their impressive win over Southend United last weekend but had to endure early pressure from the home team. A corner on 13 minutes caused mayhem in Scott Brown’s area as Peter Clarke directed a header towards goal which was cleared off the line as far as James Vaughan who also had his header blocked. The loose ball then found its way to Danny Lloyd whose shot smacked the crossbar almost giving Tranmere the lead.

Tranmere came into this game eyeing up a place in the top three and their form showed after 17 minutes. Jay Spearing’s through ball found Kaiyne Woolery who put the ball past Brown to give the home team a 1-0 lead. The Valiants started to get the ball down and play after they went a goal down, Kurtis Guthrie had a header saved by Scott Davies after 20 minutes.

The home side were on course to win six in a row but Vale continued to pile on the pressure with Devante Rodney firing an effort at goal which just went over the bar with 23 minutes on the clock.

The Valiants would pay for not making the most of their chances as Tranmere doubled their lead through Vaughan on the half-hour mark. He was able to turn onto his right foot and fire the ball into the bottom corner from a tight angle.

Vaughan almost had a second five minutes later when he found himself free at the back of the box but his shot was smothered well by Brown who made himself big and kept the score at 2-0. That save turned into a pivotal moment of the game as on 42 minutes Jake Taylor turned Spearing inside out before blasting a shot at Davies which proved too powerful for him and the ball found the back of the net.

Woolery nearly gave Tranmere their two-goal lead back in first-half stoppage time but his shot went way over the bar.

The home side started the second half brightly but were denied on 48 minutes with an outstanding save by Brown to parry it away from goal. An end-to-end start to the second half as Cristian Montano, five minutes later, had a chance for an equaliser but his shot was saved well by Davies.

Vaughan had looked dangerous all day and on 58 minutes Tranmere made it 3-1. A shot went in on Brown who saved well but the ball dropped favourably to Vaughan who get his second of the game. The game became scrappy in the final half-hour of play with both teams having spells on the ball.

Vale managed to shake off the disappointment of a first-half penalty miss to come back and take all three points at Prenton Park thanks to a Chris Lines second-half free-kick.

Tom Pope was the guilty party, his spot-kick being superbly saved by Owain Fon Williams after Chris Birchall had been upended inside the box, but Vale got the three points after Lines curled a 20-yard free-kick into the top corner of the net.

Rob Page made two changes to the starting eleven for his first game in charge, deciding to go with the side that finished Vale’s previous match against Coventry City.

Ben Williamson made a big difference when he came off the bench against the Sky Blues, as did Chris Birchall, and so they were preferred over Louis Dodds and Jennison Myrie-Williams.

As had been promised earlier in the week, Vale went on the attack right from the start of the game, putting their hosts on the back foot as they poured forward.

Vale were almost caught out though in the 7th minute when Akpa Akpro pushed the ball past an advancing Chris Neal only to put his angled shot into the side-netting. 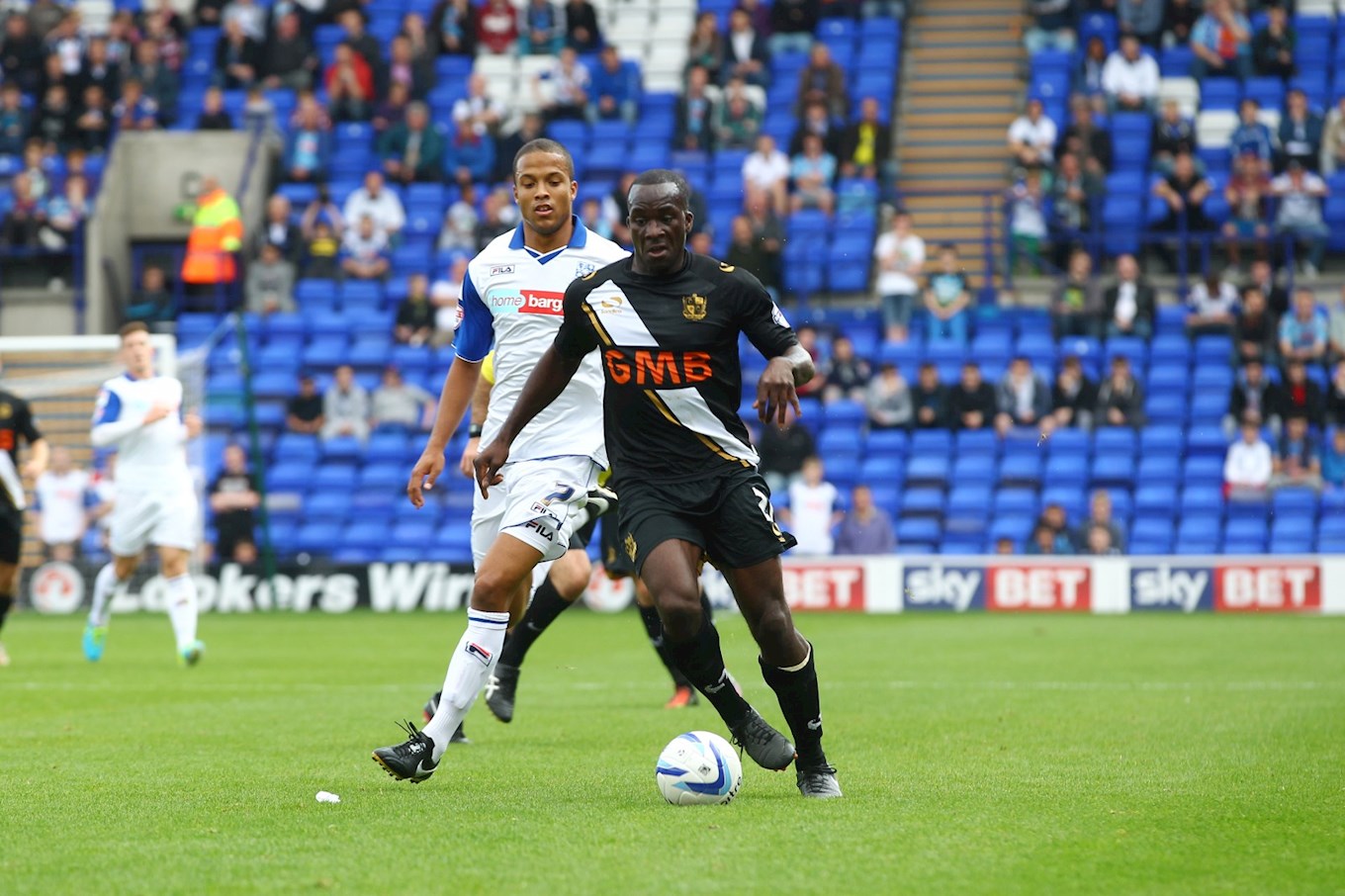 Four minutes later Vale went within a whisker of taking the lead when Doug Loft was allowed to run on as the home defence backed off and his 20-yard shot beat the ‘keeper, only to hit the foot of his left upright.

Ben Williamson was denied by the ‘keeper’s legs after initially losing the whereabouts of the ball as it dropped over his head before he regained his composure to drill in a low shot.

Loft then picked up a pass from Anthony Griffith and again ran at goal before sending an angled shot past Owain Fon Williams in the Tranmere goal, but also past the far post.

Chris Birchall was put through on goal and his shot, as he was falling, hit the woodwork, but he had been impeded and so the referee pointed to the penalty spot and red-carded Tranmere’s Liam Ridehalgh.

Tom Pope placed the ball on the spot and hammered the ball to Fon WIliams’ left, but the ‘keeper responded superbly to make the save, touching the ball around the post.

Ben Williamson received a yellow card in a bizarre incident when a defender dived in from behind him to head the ball and collided with the Vale striker’s foot – there seemed to be nothing he could do to avoid it, but he was cautioned anyway.

Vale finally went in front ten minutes into the second half. Tom Pope was fouled and Chris Lines curled the free-kick into the top left-hand corner of the net from 20 yards.

Vale continued to look dangerous, without giving Fon Williams an awful lot to do, with Birchall and Loft each going close to extending Vale’s lead, but not hitting the target.

The work rate of Loft and also Griffith caught the eye on several occasions as both played an inspirational part in keeping the visitors on top.

Vale made their first chance in the 73rd minute with the introduction of fresh legs in the shape of Jennison Myrie-Williams, who came on for Birchall.

Vale made a second substitution in the 82nd minute, Lee Hughes coming off the bench to take the place of a tiring Ben Williamson in the Vale attack.

Hughes almost had an instant impact, meeting a chipped cross from Myrie-Williams with a header which was palmed away only as far as Pope, who was also denied by Fon Williams.

Although the home side pressed hard for an equaliser in the closing minutes of the game, Vale deservedly took the maximum points back to Burslem with them.