It is now seven unbeaten for the Valiants as we welcome Stevenage to Vale Park this weekend.

Darrell Clarke’s first home game in charge took a bit of time to get going, neither team really got their foot on the ball in the opening quarter of an hour. Jack Aitchison had a half-chance on 14 minutes but his shot was brilliantly blocked by James Gibbons before clearing the ball upfield. Remeao Hutton put a dangerous driven ball into the box two minutes later which Nathan Smith diverted towards his own goal but quick reactions from Scott Brown stopped the ball from crossing the line.

Vale would love to recreate their last home match scoreline when they beat Southend 5-1. With 17 minutes played Luke Joyce ran onto a loose ball following a free-kick and drilled the ball low at goal but just dragged his shot wide of the post. A dangerous free-kick was awarded to Stevenage, around 25 yards out, which was struck well by Joe Martin who hit the stanchion on 20 minutes.

An even game up to the 27-minute mark, Tom Pett the latest Stevenage player to have a crack at goal but his shot was deflected on its way into Brown’s gloves. The visitors were dangerous on the break and almost produced a well-worked goal but Elliot Osborne’s effort was well wide of the goal on 35 minutes. Danny Newton was given the ball after a lapse of concentration at the back but he scuffed his shot wide of Brown’s near post with five minutes left in the first half.

The second half became very scrappy and neither side were able to create any clear-cut chances. Montano ran onto a loose ball inside the area with 73 minutes played but his shot sailed well over the bar. You felt this game needed a bit of magic to win the game for either side, Vale almost got that on 82 minutes with a volley from Burgess that went inches wide of the post.

The Valiants really turned it on in the last ten minutes as Rodney went close to a winner. Taylor found him in the area and his first-time shot was deflected wide for a corner. But Vale couldn’t get a winner and the score remained goalless.

Remie Street had Vale’s first real effort on goal when the ball fell to him inside the Stevenage box from a Vale free-kick, but he couldn’t quite get his shot on target.

Vale were doing their fair share of press, however, whilst not really making any headway in the final third of the pitch, despite one or two neat passing moves.

Harry McKirdy was able to get in behind the Vale defence and his effort clipped the post, but he was clearly in an offside position and was flagged accordingly. 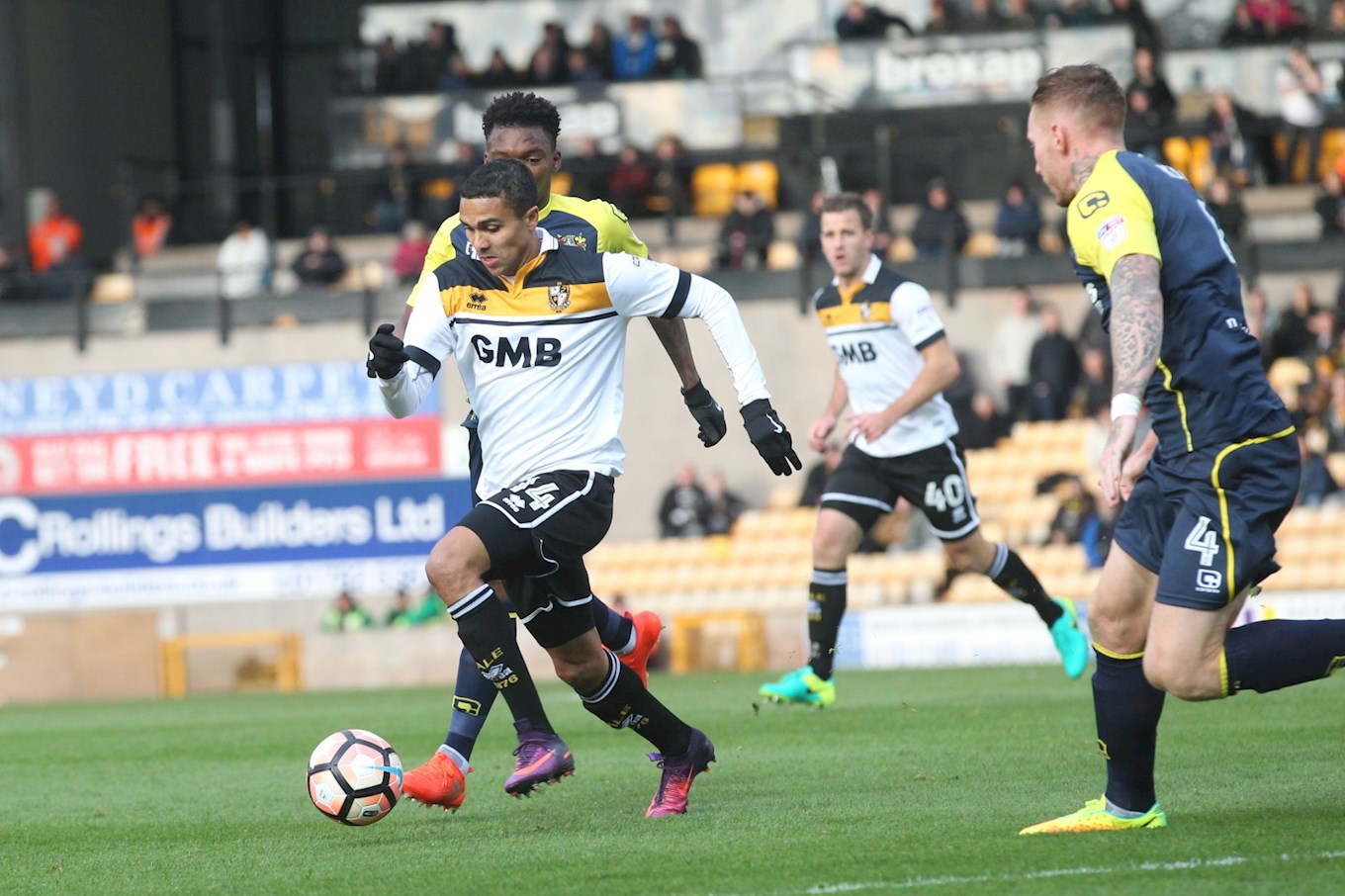 Charlie Lee wasn’t too far off when he met a left-wing corner with his head, but his effort dropped harmlessly over Jak Alnwick onto the top of the net.

It served as a warning to the home side that they couldn’t afford to be complacent and there was a job to be done. 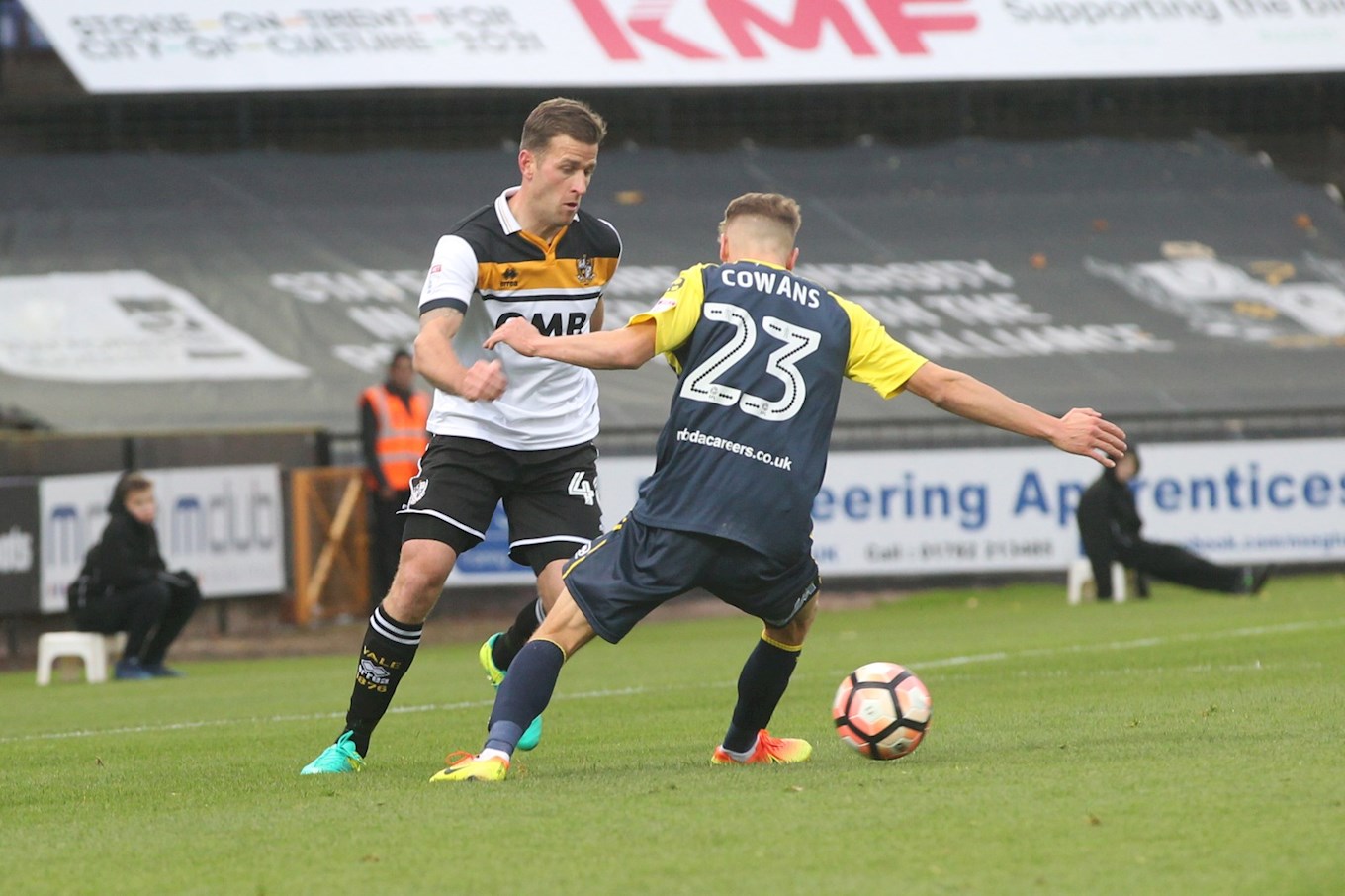 Nathan Smith looked to be in trouble after his leg was taken away from him inside the Vale box. A free-kick was awarded Vale’s way but the young defender seemed like he didn’t want any treatment, despite it clearly affecting him.

Vale continued to press hard but there seemed to be no way through a determined and resolute visiting defence, who were packing bodies in the way to make it difficult.

They were finally undone in the 38th minute however when a cross from the left by Jerome Thomas was met by a firm header at the back post from Remie Streete giving Stevenage’s keeper Jamie Jones no chance. 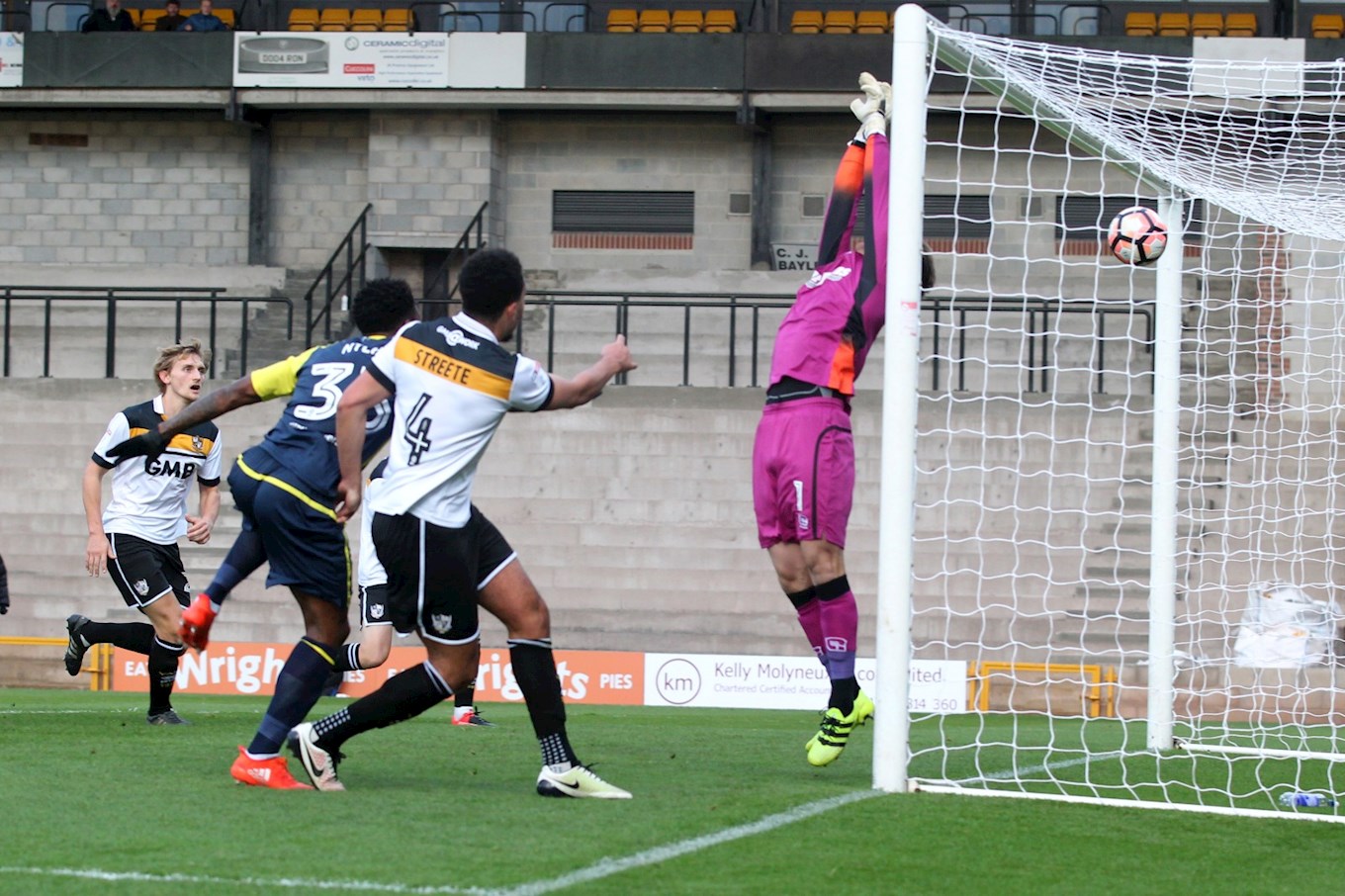 The visitors showed what they were all about after the interval, desperately pushing bodies forward in search of an equaliser.

It was now Vale’s turn to pack the defence and fight to keep them out, and they didn’t do a bad job of it, keeping their discipline and working hard as a unit.

What the Valiants really needed was a second goal to give them a bit of a cushion, but it didn’t look forthcoming, with the dynamics of the game having now changed. The visitors were having a go, and didn’t Vale know it?

Substitute Sam Hart was soon in the thick of things, stretching to get on the end of a left-wing cross from Thomas, but unlike in Vale’s previous game against Bolton, this time the loanee from Liverpool couldn’t get his header on target.

Vale had a let-off on 95 minutes when the visitors rattled the upright and the loose ball was hit high over the crossbar.