We travel to Cumbria tomorrow on the back of a three-game unbeaten run. Let’s look at some previous clashes away to Carlisle

Last game away to Carlisle

Former Vale player Callum Guy won a free-kick just outside the area, he took it himself and curled it around the wall but Scott Brown matched it and parried it away on three minutes. Omari Patrick had a shot on goal after 23 minutes but David Worrall did well to close down the angle and block the strike out for a corner.

10 minutes later Vale’s second corner of the game found Shaun Brisley whose effort sailed over the bar. A minute after Brisley’s effort Carlisle went straight on to the attack as the ball fell to Joe Riley whose effort on goal was blocked by Leon Legge.

The Valiants started the second half on the front foot, after three minutes in the second half, substitute David Amoo’s cross found Legge in the area but he could not get a solid connection on the ball as it drifted wide of the post.

Vale’s first shot on target came on 61 minutes, a quick throw from James Gibbons found Theo Robinson in the area who turned on the ball and had an effort at goal which was hit low but Paul Farman was equal to it as he pushed it round the post.

Gibbons ventured forward and had a chance to give Vale the lead with 66 minutes played, after an attempted overhead kick by Devante Rodney, the ball fell to Gibbons who fired it on the half volley but a good block by the Carlisle defence cut out the danger. Two minutes later Smith received the ball from a throw-in, in the area.

He chested it down well and hit it with his left foot towards goal but an intervention once more from the home side just put it over the bar.

Two minutes left of the 90 and Lewis Alessandra saw his name in lights as he fired a shot from way out along the ground which was easily claimed by Brown.

The opening stages of the game saw the ball predominantly in the middle of the park as both teams tried to break down their opposition’s defence.

The home side claimed the majority of the possession, but it was Vale who created the better chances despite the fact that none of them would go down as ‘clear cut’.

Pope hurried and hassled the United back line and earned a freekick within 25-yards, but Worrall’s delivery was easily cleared.

It was then Harness’ chance to trouble the defence as he carved out a weaving run reaching the by-line, and cutting the ball back for Pope, but the ball was intercepted and smashed away before reaching it’s target.

Carlisle’s first shot of the game came through Richie Bennett after Reggie Lambe’s left-wing run. Bennett received the ball on the edge of the box, created a yard of space and shot wide of the goal.

United then had a glorious chance as a corner straight from the training ground from Mike Jones found Hallam Hope free in the box, but Hope did not connect with the ball and the danger was cleared.

United were building a head of steam, and maybe should have capitalised on their attacks. Following some head tennis around the Vale box, the ball fell to Lambe on the volley that flew yards wide of Boot’s goal. 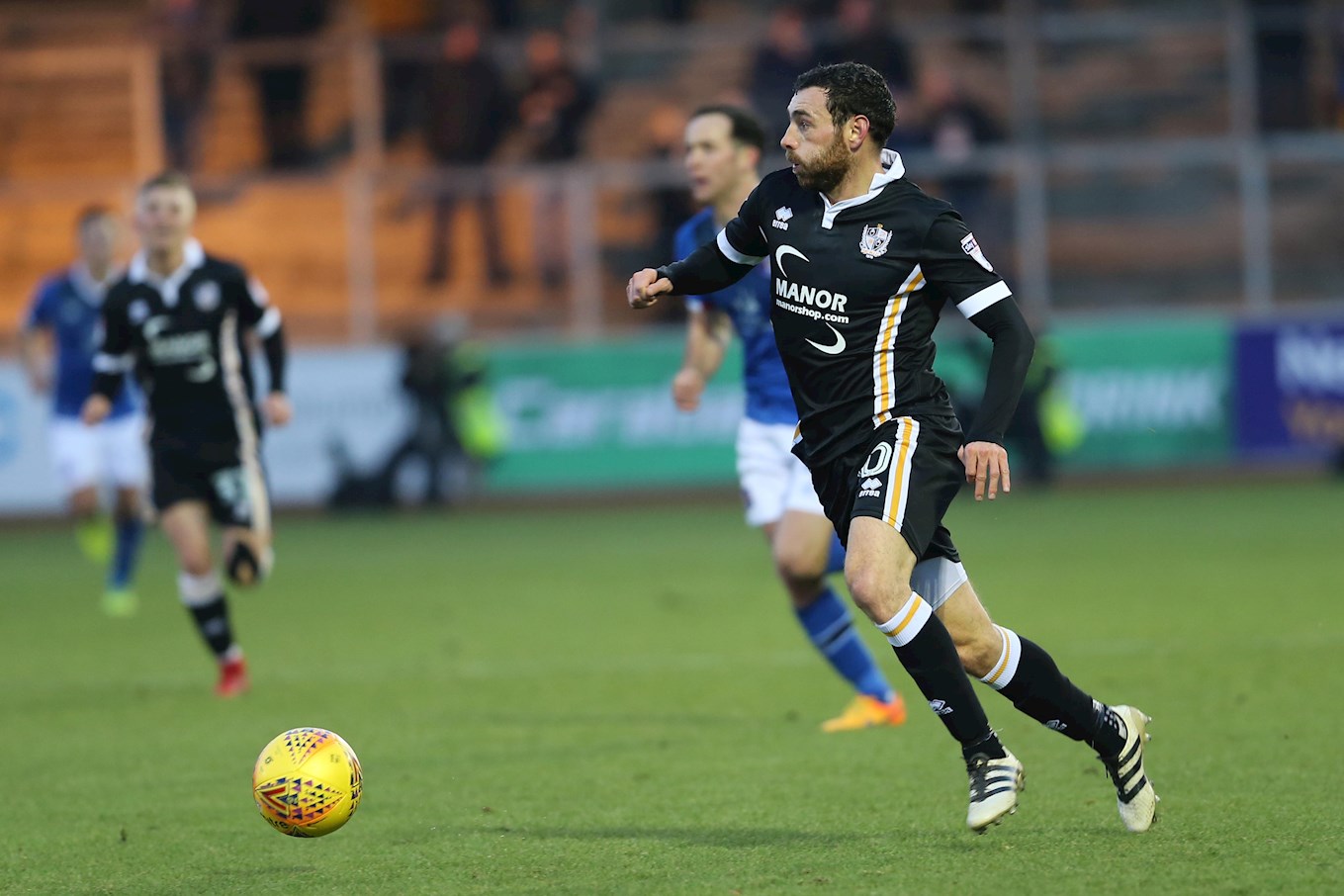 Vale came close to breaking the deadlock, as Whitfield’s cross was met by Pope’s head which crashed against the crossbar. However, Pope was judged to have fouled Gary Liddle during the move.

Hope came close to opening the scoring a minute later for United following John O’Sullivan’s pacey run. O’Sullivan beat Anderson and stabbed the ball across the face of the box, but once again, Hope’s contact was minimal and Boot clutched on to the ball.

Vale grew into the game as the half went on, and Whitfield combined with Pope and Kay to earn a yard of space to release a shot. His shot was deflected as he earned Vale a corner.

A chance soon followed for Harness as he was played in-behind the defence by Whitfield to unleash a left-footed effort that flew wide of the goal.

Harness again was fed down the line, this time down the right, this time by Michael Tonge. His attempted pull back was blocked and cleared for a corner. Worrall’s delivery was knocked down by Pope and helped on by Tonge whose effort cannoned back off the ‘keeper, back on to the midfielder and off the crossbar and away from danger.

The two teams went into the break level as both defences stood strong and soaked up the attacking play. Vale grew into the game as half time grew nearer and nearly found themselves a goal up, but for the crossbar.

The home side came flying out of the blocks for the second half as Joyce had a headed chance following a cross from the left, but his flicked effort was caught by Boot.

The deadlock was broken only five minutes into the second period by Vale substitution; Tyrone Barnett, as Worrall pounced on a loose ball and played in the big man. Once one-on-one with the ‘keeper, Barnett kept his composure and simply slotted the ball past Bonham. 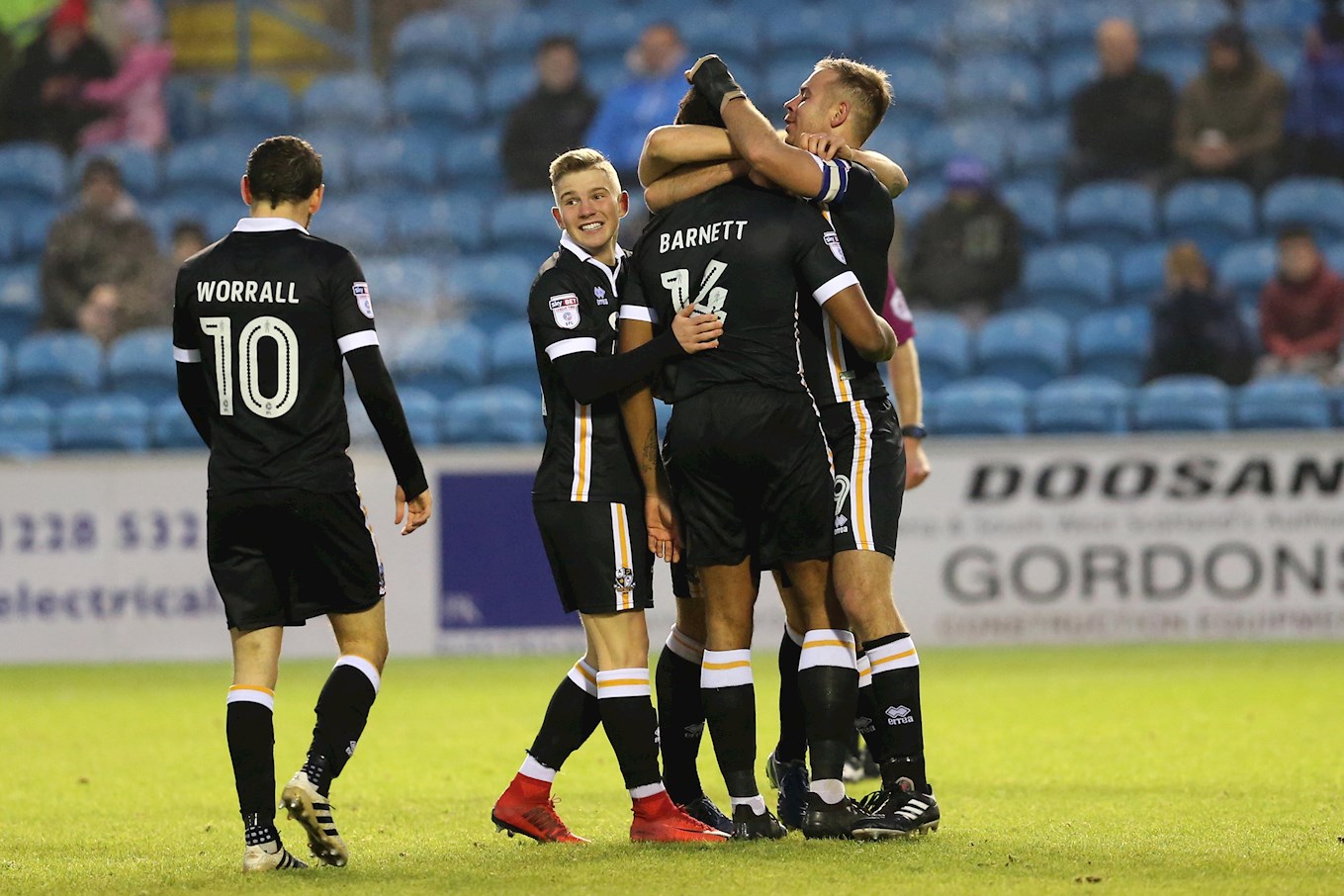 The Cumbrian’s went on to dominate possession following Vale’s goal but could not create any goal scoring chances.

It was Vale who created the next big chance of the game as Harness’ deep free kick was met by Barnett at the back post. Barnett headed down to Pope who turned his man and released a shot that was deflected and headed for the on-rushing Ben Whitfield. But before he could reach the ball to tap into an empty net, it was flicked away by a last ditch challenge.

Vale’s lead was then doubled with 20 minutes left on the clock, after a superb counter attack. Worrall picked the ball up in his own half, played a neat one-two with the Pope and ran into acres of space. Up with him was Vale’s number 9, who Worrall saw and played in one-on-one with the ‘keeper. Pope ran into the box, remained calm and coolly chipped the ball over Bonham and into the side of the netting of the goal. 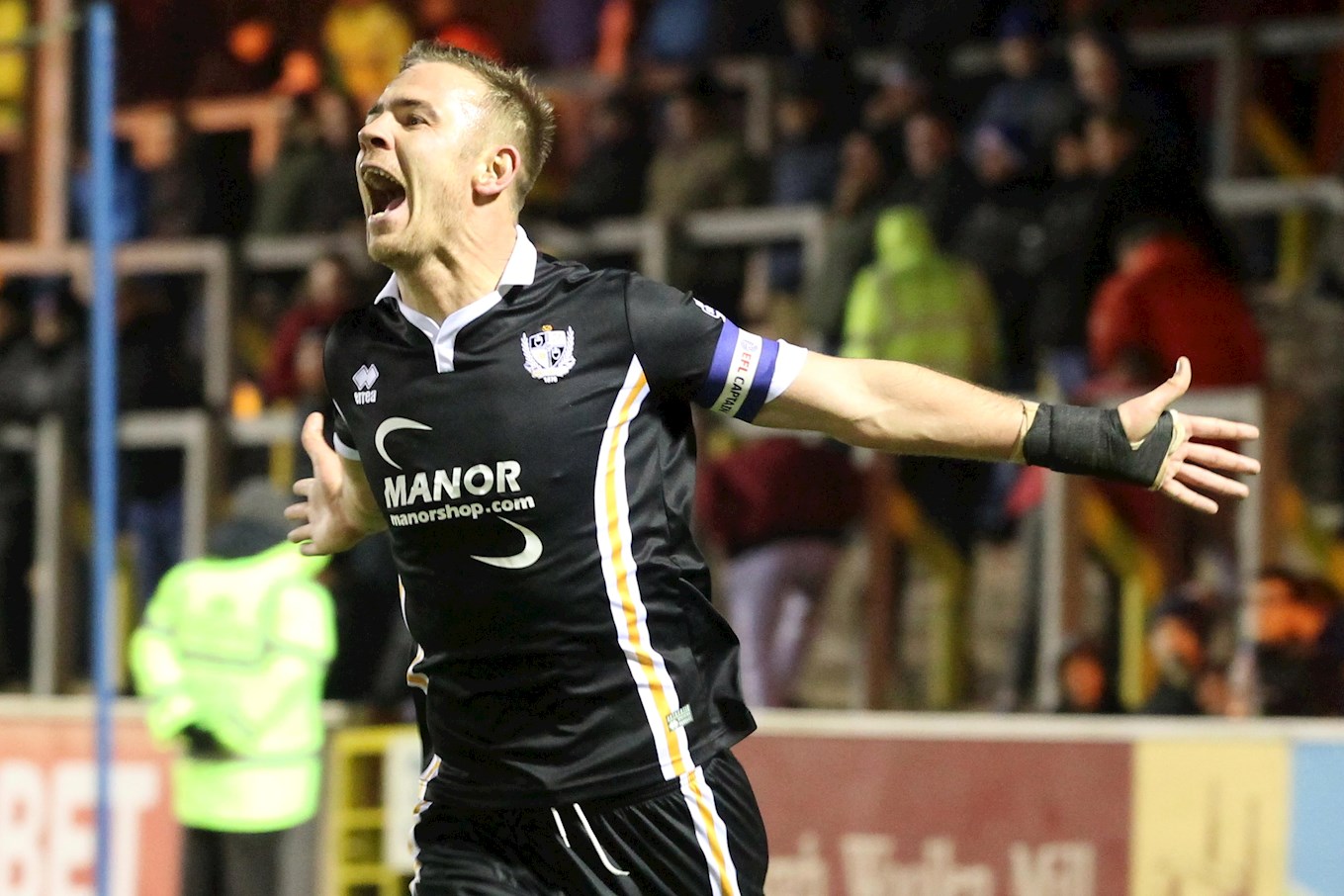 The home side tried to mount a fight back, and came close through Tom Miller, as he was played the ball on the edge of the box and released an effort. His left footed strike curled through the crowded Vale box and wide of the mark.

United would soon have their head in their hands wondering how they have not scored, after a cross was flicked on Bennett which hit the post and rebounded across the goal line. It was then Shaun Miller’s turn to try his luck, but his cross come shot was flicked away superbly by the finger tips of Ryan Boot. But, there was a chance for Hope whose shot was blocked and finally hacked away.

Minutes later, Carlisle would have the ball in the Vale net as Richie Bennett slammed home from six yards following a right sided corner, which set up a nervy final 10 minutes for Vale.

Reggie Lambe nearly drew the home side level, but for the agility of Ryan Boot. Lambe released a curling effort from 20-yards that was destined for the top corner, but Boot got a big right hand to it to claw the ball over the bar.

Vale managed to hold on to their lead thanks to the goalkeeping heroics of Ryan Boot.