Darrell Clarke has been named the Sky Bet League Two Manager of the Month for October.

This award caps a stellar month for a Valiant side, who scored at least three goals in five of their six games. That made 17 in total to add to their 13 October points.

Clarke said: “I’m really pleased to win the award for a second consecutive month, once again it’s all down to a great collective effort from everyone involved in the club, from my players and backroom staff, to the owners and supporters."

He said: “A magical month for Darrell and his troops. Collecting 17 points and scoring a very impressive 18 goals means they’re firmly in the automatic promotion places in the division.”

Sky Sports’ EFL pundit Don Goodman said: “Free-scoring Port Vale are on quite the run at the moment, with Darrell Clarke more than deserved of back-to-back manager of the month wins.

“Vale games are rarely dull due to Clarke’s attacking philosophy and although it carries obvious risks, it’s paying dividends at the moment with 13 points accumulated in October.” 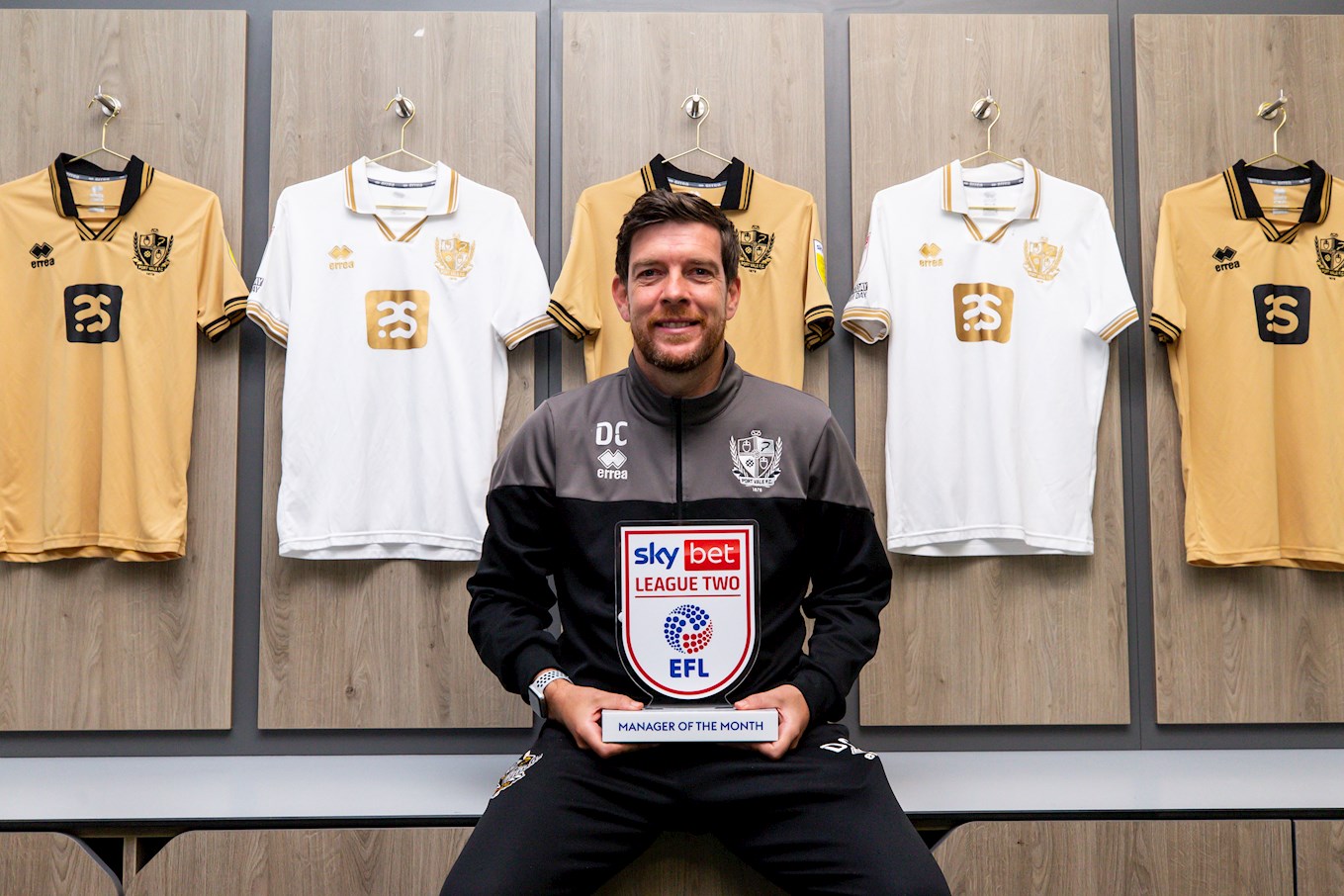 Sky Bet EFL trader Ivor Davies said: “Darrell Clarke’s Port Vale team are up to second place in League Two after another excellent month which saw his side score three goals in five out of their six games, to leave them just three points behind Forest Green at the top.

“League Two has been such a complicated puzzle to decipher and Vale were one of a number of teams that Sky Bet thought might come into the mix come the end of the season.

“We had them priced at 7/2 for promotion before a ball was kicked, but we now have them clearly as our second favourites and an 11/8 chance to be promoted back to League One.

“Clarke’s Valiants are also 13/2 for the League Two crown having been 8/1 going into the month and 16/1 before the season started.”