Will Swan, the highly rated youngster on loan from Nottingham Forest, notched his first league goal in the 3-2 away defeat against Cheltenham. While that only proved a consolation, the 20-year-old is looking to use it as a platform going forward.

“It’s a massive achievement for me personally. It was disappointing not to come away with a win but hopefully I can get some more goals in the next few games and some wins with them as well.”

Swan was handed his Forest debut by Chris Hughton in November 2020 and while he harbours long term ambitions of breaking into the first team having signed a contract until 2024, the energetic forward is looking to broaden his footballing knowledge with the Valiants.

“I am trying to get as much experience as I can, as much game time and goals as I can and learning as much as I can from the lads and the Gaffer.”

Despite dictating much of the play against Oldham in Swan’s second Sky Bet League Two start, the first coming against Stevenage, the Valiants and Swan specifically were unable to break the deadlock, our last victory coming against Southend at the end of January.

“We are on a bad run of form at the minute, but momentum can change very quickly, so we just need that one good game and hopefully it can shift for us.

“I think we gave a much better performance than we have been doing [against Oldham]. We controlled the game and created the better chances, it just came down to that bit of quality in the final third and putting the ball in the back of the net.”

Swan and the Vale squad will be hoping the Oldham performance can prove to be a catalyst for a first win since the Shrimpers, as we take on an in-form Bolton Wanderers side who have climbed into the play-off positions with a string of solid performances.

“We go into every game expecting a test, we are going to go out there with the same approach as always and try and get the three points.

“The defence is playing really well, we just need to score now… we are creating more than enough chances we just need to put the ball in the net and the three points will come.”

When quizzed on his biggest learning point since joining the Valiants, Swan explained:

“I am just learning that every game matters. The whole team has to give everything in every game, you are never going to walk in and expect to win and get the three points. So, we need to pull together and keep creating the chances that we are, dominating games and the wins will come.” 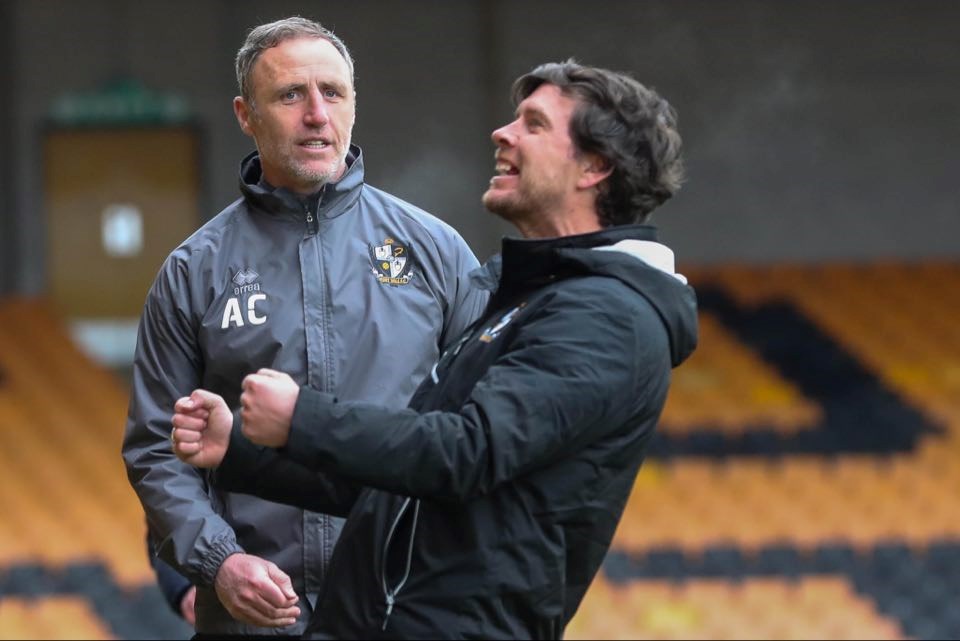