Chris Stokes had given our hosts a first-half lead before Rodney’s wonderful second-half strike earned a well-earned point.

The Valiants created the first chance of the game after 11 minutes, when Jake Taylor, who was making his second debut for the club, put a dangerous ball into the area, with Tom Conlon being the closest to making contact with the ball, but the ball evaded our captain and went out of play.

Six minutes later, it was Shaun Brisley who had the chance to put the Valiants ahead, when he met Conlon’s inswinging corner, but he could only head it straight at Luke McGee.

But in the 19th minute it was Forest Green who took the lead, when Nicky Cadden’s free-kick into the box sailed all the way to the back post before seemingly being glanced into the back of the net by Rovers skipper Chris Stokes.

Despite being a goal behind, Vale were a constant threat from the set-piece and Nathan Smith and Shaun Brisley both caused problems inside the box with the Forest Green defence under threat, but Stokes’ goal for the hosts was enough to give the hosts a half-time lead, with Vale unable to find the back of the net in the first-half.

The hosts had the first genuine effort of the second half in the 50th minute, when Ebou Adams’ tame effort from the edge of the box rolled into the hands of Scott Brown.

Just one minute later, a dangerous whipped Conlon ball into the box caused chaos amongst the Rovers defence, but there wasn’t a Vale body that could get on the end of his dangerous ball.

With 61 minutes gone, Vale had the chance to level the game when David Fitzpatrick’s long ball found Devante Rodney who cut inside the box before firing an effort at the bottom left corner, but the ball hit McGee’s leg before being cleared from danger.

Five minutes later, there was a brief moment of danger for the Valiants when Aaron Collins’ free-kick into the box floated over everybody in the box, before hitting the bar and falling into the hands of Brown who smothered the ball.

But it was a moment of magic that pulled the Valiants level in the 75th minute, when Conlon laid the ball off to Devante Rodney, who turned to face goal from 25-yards out, before curling an effort into the bottom right corner away from the outstretched palm of McGee, to bring the Valiants to parity.

With six minutes of the game remaining, Vale were pushing for a winner, with Rodney having an effort from a tight angle gathered by McGee, with the Valiants applying some pressure in the final third.

But the Valiants were unable to find a winner and the points were deservedly shared, with Vale able to take a point into Tuesday’s game at Scunthorpe United. 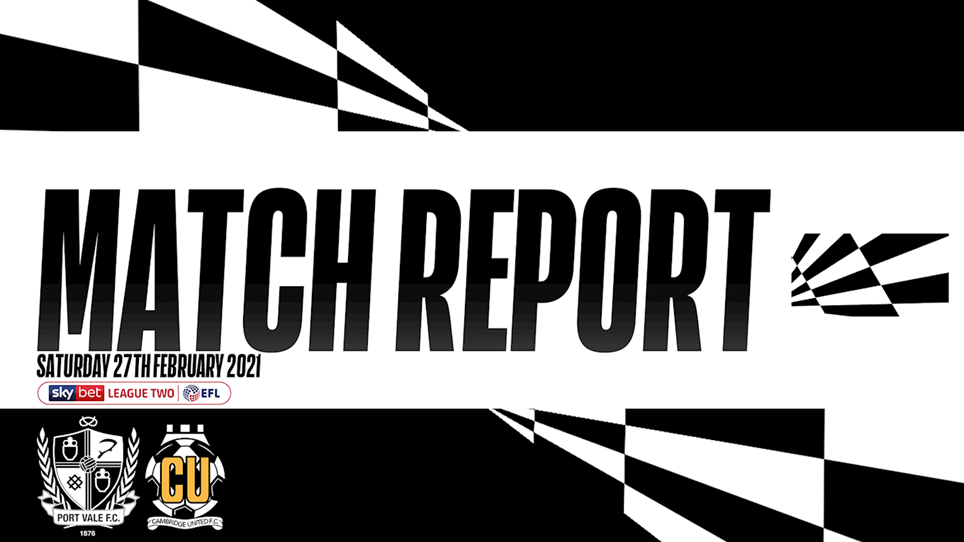 
A great finish by David Worrall gave Vale the lead but denied all three points by Daniel Kemp today in London.