League action continues at Vale Park tomorrow evening, as we prepare to welcome Carlisle United in search of three points. With the game just a day away, we look back at times we hosted the Blues.

Past Five encounters with Carlisle: LLWLD

Our last visit from the Cumbrians: 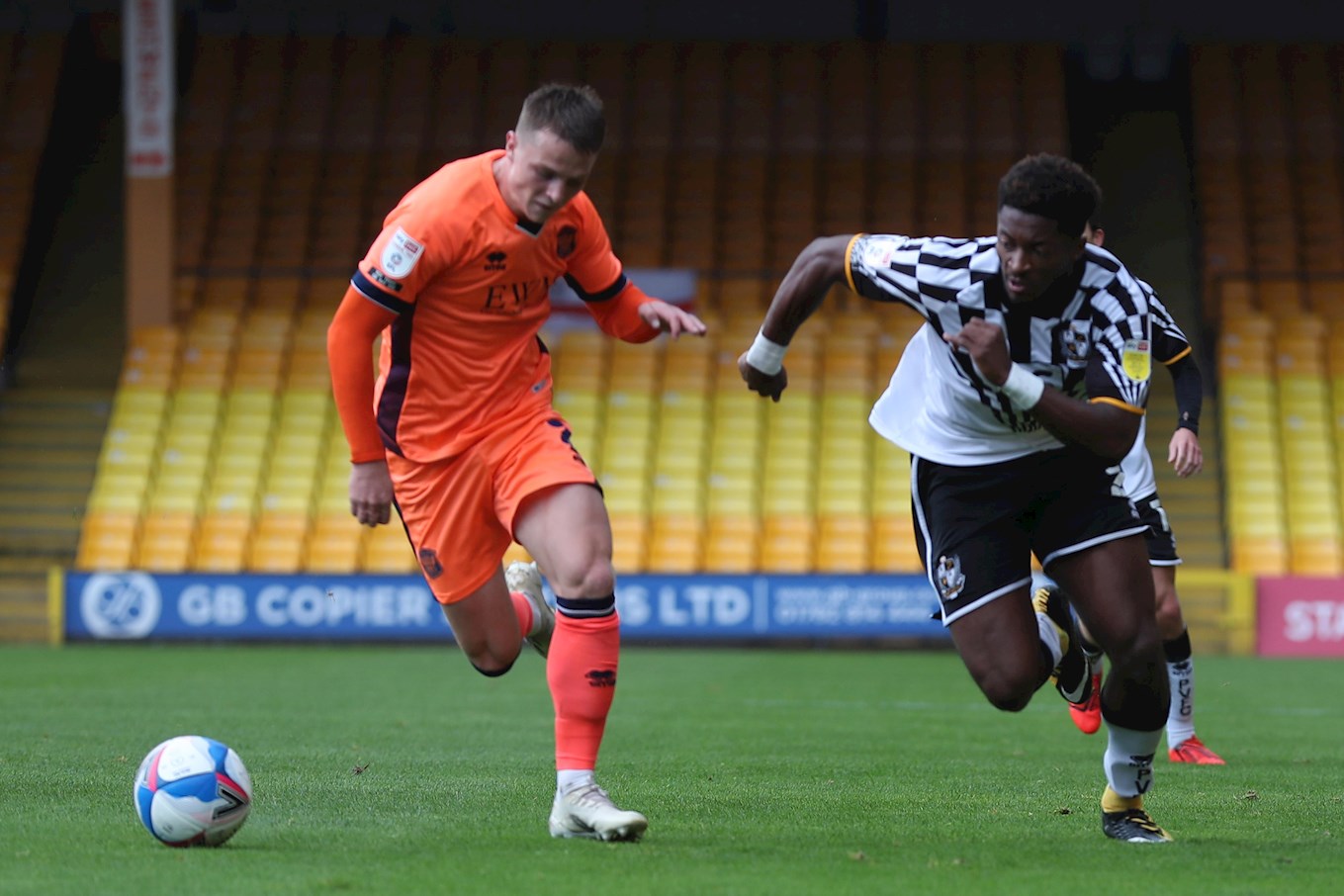 Port Vale’s long unbeaten home record since December 2019 came to an end, after Jon Mellish’s second-half goal secured a 1-0 defeat for the Valiants.

Vale started the game brightly, and created the first opportunity of the afternoon five minutes into the contest, when Cristian Montano’s close-range effort was saved by Paul Farman before Scott Burgess’ following effort on the volley was fired just over the bar.

Just two minutes later, it was Scott Brown who was tested when he pushed Gime Toure’s long range effort away from goal before the Vale defence averted any oncoming danger.

The best chance of the game until that point fell to the Valiants after 15 minutes, when Montano’s floated ball into the box was met by the head of Devante Rodney, who’s close-range attempt flew wide of the target.

It was almost a dream return for Clark, after he burst into the box with the ball, but his effort glided just over the bar with ten minutes remaining until half-time.

Vale quickly came out of the blocks at the start of the second-half and after a David Worrall corner caused chaos the Carlisle defence, the ball found itself back at Worrall’s feet before he was brought down and the Valiants were awarded a penalty.

Tom Pope stepped up to take the penalty, but Farman guessed the right way and pushed the shot away with the Cumbrians clearing any potential rebound.

And that penalty proved costly after Scott Brown’s initial save from Gavin Reilly fell straight into the path of Jon Mellish, who stabbed it home to give Carlisle a second-half lead.

Vale pushed for an equaliser throughout the second-half and put numerous balls into the box, but the Cumbrians dealt with the Vale attack’s well.

Mark Cullen scored a late winner as the Vale claimed a narrow 2-1 comeback victory over Carlisle, having fallen behind after just 20 seconds at Vale Park, the quickest ever opposition goal at the ground.

Carlisle made the best-possible start when Ryan Loft met Gethin Jones' ball at the back post and tapped it past Vale goalkeeper Scott Brown.

They nearly doubled their lead after four minutes when Loft's cross fell to Mike Jones on the edge of the box, but his thunderbolt went just wide of the post.

At the other end, Jake Taylor's 25-yard effort cannoned off the woodwork and Carlisle goalkeeper Adam Collin made a stunning close-range save to keep out Richie Bennett.

The Valiants equalised on the hour when Worrall met James Gibbons' pass and poked the ball home.

The Vale won it 13 minutes later when Carlisle defender Byron Webster completely missed Gibbons' ball into the box and Cullen was there to divert it home.