Port Vale take to the road for our first away league fixture of the season, as we make the long journey to St James Park to face Exeter City. You can find all of the key information regarding the game, below.

The Valiants started the league campaign with a 2-0 home victory over Crawley Town, Mark Cullen’s brace making it 16 years unbeaten on the opening day and extending our unbeaten league run (which began with a 3-1 comeback victory over our next opponents, Exeter, in January) to nine matches.

The Vale side which triumphed on the opening day was rested for the majority, as we saw 10 changes to the starting XI to take on Fleetwood, Zak Mills the only player retaining his spot. While the league has been highlighted as the gaffer’s priority, Vale’s altered side fought back from an early setback to level the scoring at 1-1 against Barton’s full-strength team, before Morris’ winner 15 minutes from time.

Vale’s last trip to St James Park back in September 2019 ended in a 2-0 defeat, with Bowman and Martin scoring the Grecian goals. Askey’s side exacted their revenge in the next meeting however, with a first half deficit overturned thanks to a Bennett brace and a goal from skipper Leon Legge to kick start our unbeaten league run which stretched until the cancellation of the 2019/20 season.

“I think it will be a tougher game than the Crawley one. Exeter have been in and around it for a number of years now without getting up. So, it is always tough going there.”

Exeter began their Sky Bet League Two season last weekend with a 2-2 draw at Salford City’s Peninsula Stadium, followed up by a 1-1 friendly draw with National League side Weymouth on Tuesday night.

Exeter finished 5th in Sky Bet League Two during the 2019/20 campaign, eventually reaching the play-off finals before losing out 4-0 to Northampton Town.

City boss Matt Taylor believes the performance at Salford has given his side the perfect building blocks ahead of their first home clash of the season, but concedes his side are facing a strong outfit in the form of Askey’s Vale side.

One to watch: Joel Randall

Randall has worked his way up through the ranks at Exeter City, since starting out in their academy where he joined them aged 11.

The skilful winger made his presence known and made his first team debut off the bench against the Chelsea under-21’s in the 2018/19 season.

He scored his first for the Grecians against Bristol Rovers, in the same competition that he had previously made his debut in.

He continued to break into the first team squad last season, featuring seven times and scoring twice against West Ham United’s under-21’s and has made himself a key element of the Grecians’ side so far this season, already getting off the mark with a goal against Salford City.

John Askey: “They play similar to how Fleetwood did on Tuesday so that will be interesting. But wherever we go, we always feel we can get a result if we are at our best.”

Matt Taylor: “They finished last season really strongly and seemed to have started this season in pretty good form. We have a good team coming to the Park this weekend. I’m expecting a good game.”


Port Vale have the opportunity to secure a third consecutive victory in the league tomorrow, when they travel to the Roots Hall football stadium to take on Southend United. You can find all of the key...


Port Vale will be looking to make it two wins on the bounce on Tuesday evening, looking to build on Saturday’s win at Oldham with a victory over Cheltenham Town at Vale Park. You can find all of the... 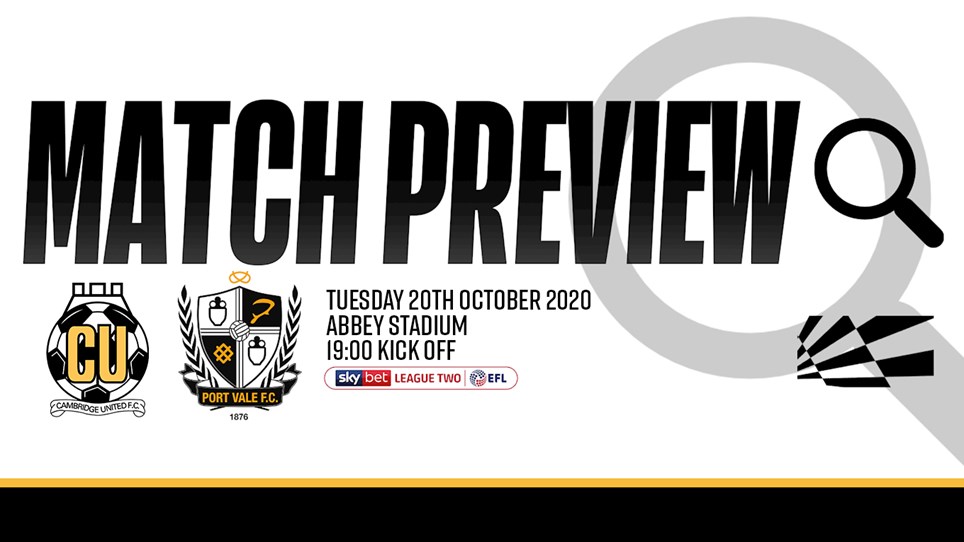