The Valiants have the chance to make it back to back wins in the league and secure their first away win of the season as they travel to St James Park to take on Exeter City. With the game just two days away, we look back on two classic matches that the Vale have played against the Grecians.

Vale went into the fixture in fine form, having won their previous four away games and were sat in second place in the league.

It took just five minutes for the Vale to break the deadlock, with the in-form Tom Pope continuing his goal scoring form to give the Valiants the lead as he bagged his 10th goal of the season when he nodded home a Jennison Myrie-Williams cross.

The goal was a pivotal and memorable moment for Pope and the club, as it made him the fastest Vale player to ten goals in a season since Tom Nolan in 1933.

Doug Loft limped off six minutes into the second-half before Steve Tully almost equalised for Exeter when he headed against the crossbar.

Vale extended their lead in the 62nd minute however when an Ashley Vincent cross was headed in by Pope to take his tally for the season to 11 with his match-winning brace, with the Vale going on to gain promotion that season.

Vale were enduring a difficult start to season and found themselves sat down in 22nd place in the league, whereas the Grecians were in the promotion race as they were in third place.

The Valiants were under new management however, with Neil Aspin now at the helm, and had won their previous two games under their new boss.

Tom Pope was once again the man of the hour as he gave the Vale the lead with 25 minutes played as he headed in his seventh goal in as many games from a David Worrall cross.

Storm Brian was raging across England and made conditions difficult, but Exeter did get the ball in the net early in the second period through Reuben Reid only for it to be disallowed.

Vale had the opportunity to double their lead, first as Worrall missed his kick and then when Tyrone Barnett skied an effort over the bar.

Vale ran out comfortable winners however and went on to avoid relegation by finishing in 20th place.


The Valiants travel to Roots Hall to take on Southend United on Saturday looking to make it three wins on the spin, following Tuesday’s 2-1 victory over Cheltenham Town. The match officials for the...


Former Port Vale defensive midfielder Anthony Griffith, who made 237 appearances for the club in all competitions, has been promoted to the role of Professional Development Phase Coach. 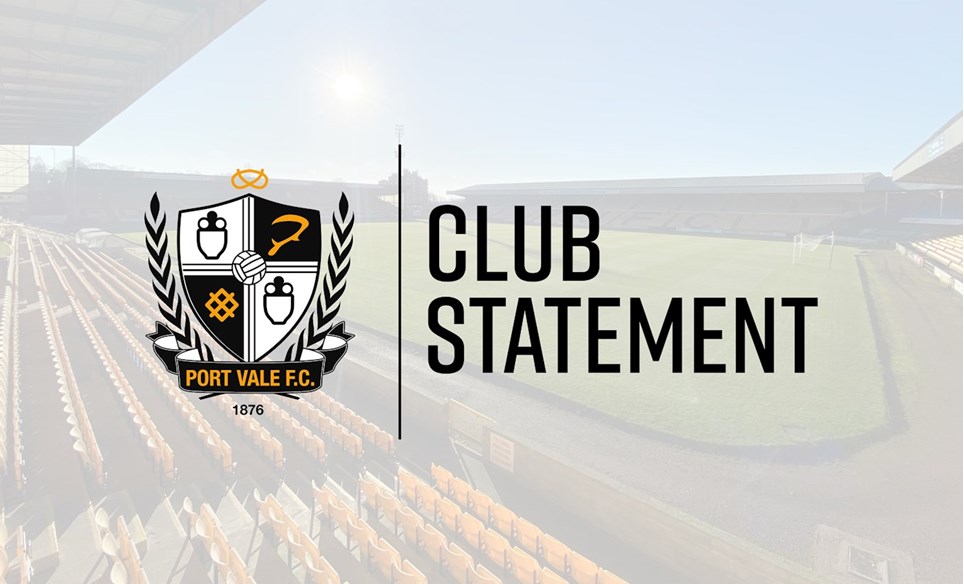 
The EFL has provided Port Vale with an update on the issues with the iFollow streaming service which meant that a number of supporters were unable to view a significant part of our Sky Bet League Two...


Port Vale assistant manager Dave Kevan believes that John Askey’s half-time team-talk led to the Valiants’ impressive second-half performance over Cheltenham in which we secured a 2-1 victory at Vale...