Tom Pope has been suspended for one match with immediate effect for improper comments.

The Port Vale FC forward denied that his Twitter comments were abusive and/or insulting and/or improper and/or brought the game into disrepute.

The Independent Regulatory Commission found the charge proven on the basis that the comments were improper.


The Valiants have the chance to make it six games undefeated and secure another three points on the road today when they travel to the Banks’s Stadium in search of their fourth consecutive win as they...


FC United of Manchester have completed the loan signing of Daniel Trickett-Smith on an initial months loan. He is available for selection for FC United's game against Bamber Bridge tomorrow. Best of... 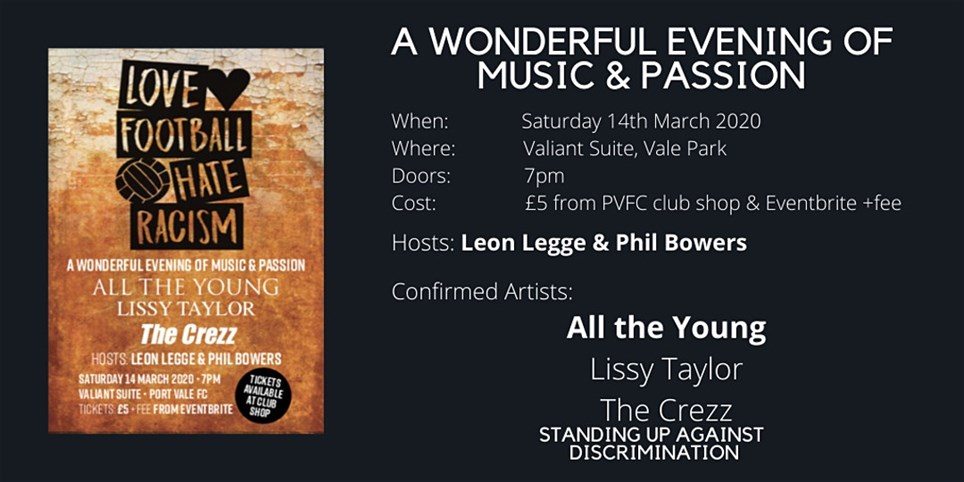 
Join us for what promises to be a brilliant night of music and passion. Hear from Vale’s captain, the ever-present Leon Legge, talking about his life in football, the ups, the downs, and dealing with...


The Valiants will make the short trip to the Banks’s Stadium tomorrow when they take on Walsall, as the Valiants set out to extend their unbeaten league run to six games and secure their fourth...