Former Valiant Adam Yates has said that the support he is able to give people through Port Vale’s community hub is rewarding.

Yates made 248 appearances and won promotion with Vale, but it’s his performances off the pitch that are playing a big part in people’s lives at the moment.

Yates is part of the Hubb Foundation Charity founded by owner Carol Shanahan, in which he has taken on a management role.

The Hubb Foundation is working together with the club’s community scheme and the Synectics Solutions and Summit Hospitality businesses to combine contacts, experience and resources during the current coronavirus outbreak.

“It’s rewarding to make people happy on a football pitch with performances, or wins, or promotion, but this is life and death for some people,” said former defender Yates.

"We want to try to support families who are in need of help and limit the amount of people leaving their homes and help limit the damage that is done.”

“We try to bridge gaps where we see them.”

“We don’t want to emulate what someone else is doing in the area, but we look for the gaps and hopefully, over the course of a few weeks, we can find those gaps and make sure everyone gets support irrespective of what that might be.”

Since beginning just over a week ago, the foundation has delivered food and care packages to vulnerable people in the community who require them.

“We know there are a lot of families who are isolated because of the virus.”

For one reason or another, they might not be able to leave their homes, even to get shopping.”

That is something we want to try to help with, or with prescriptions, helping elderly people.”

“We want to try to limit the amount of time that those most vulnerable to the virus are out of the house.”

Despite playing a big role in the Hubb Foundation charity, Yates is keen to acknowledge that he is just one part of a joint effort from other staff and volunteers.

“There have been a lot of people that have offered support and donations.”

“We have extended the reach of each organisation by coming together, so that has benefited us.”

“Also, we have seen an awful lot of companies, Vale fans, staff at all the organisations, and players, donating food parcels and money to go and support others.”

Meanwhile, there is another combined effort amongst the Vale playing staff to check on supporters and make sure they are ok, through the community hub.

At first the club checked on fans who would usually take part in the walking football sessions, before stretching to the fans on the club’s database.

“Dave Worrall did a trial for us and he was saying how some fans just wanted to talk for five minutes about football because they are really missing it,” said club chief operating officer, Claire Halket. 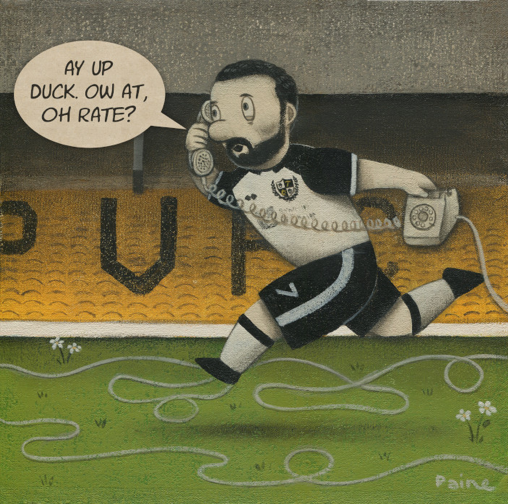 “The players are so keen to feel part of the club and the community and to do their bit, so the players have got involved as well as the back-office team.”

“They are all really keen to start ringing around and check how people are.”

“The plan is that if any of our fans need support, the players will feed back to the admin team and they will pick it up from there.”

“It could be a food delivery, walking the dog or picking up a prescription, then we will go to our Foundation coaches or other volunteers who are willing to help us.”

If you or somebody you know requires assistance during this period please contact either Foundation.Trust@Port-Vale.co.uk or info@thehubbfoundation.com