Port Vale would like to thank every single supporter who purchased an Early Bird Season Ticket for the 2019/20 campaign, with the total number of season tickets sold coming to 3,416.

It's been nearly two months since Carol and Kevin Shanahan completed their takeover of the club and since then, the support the club and our new owners have felt has been outstanding.

Within the first week alone, over 1000 season tickets were already sold and they continued to fly out of the ticket office.

Carol Shanahan, who has been a frequent visitor at the ticket office to meet and greet supporters, would like to say a big thank you to everyone who has joined the club on this new adventure.

"Today at the ticket office it has seen a range of Vale fans coming in, from Vale legends such as Harry Poole who played over 400 league games for the club during the 50s and 60s through to baby Noah, who at just one-month-old is beginning his Port Vale journey.

"We are delighted that the 3416 season tickets sold through the ticket office in combination with the hospitality and other additional tickets, has taken us to over 4000 which is amazing.

"Kevin and I are incredibly grateful to all Vale fans for demonstrating such loyalty and commitment to Port Vale." 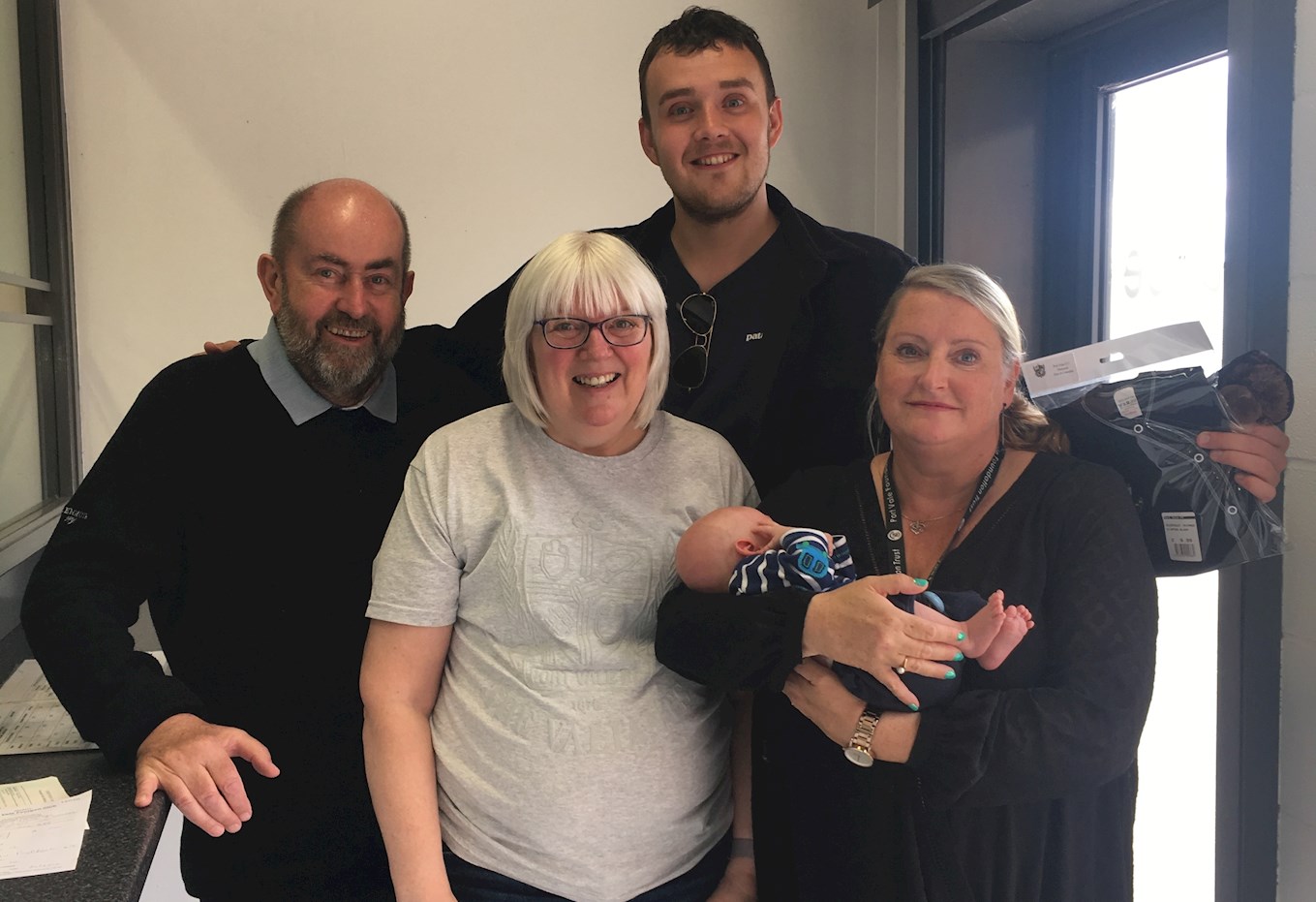 The start of a new journey for baby Noah alongside Adam Walker!

We are just over a month away from kick-starting our 2019/20 league campaign at Colchester United before we then play our first home game of this season against Northampton Town. We're all looking forward to seeing you there backing the team and wearing the badge with pride.

From everyone at Port Vale Football Club, thank you for your support.