This Saturday against Walsall, Vale Park will be hosting its annual Christmas Toy Appeal with drop off points to donate presents set up at the stadium!

Port Vale Foundation has teamed up with Staffordshire Police and local businessman Jason Powner and will be helping in his quest to ensure those in need can have a Christmas Tree surrounded by presents this festive period.

Jason, known to locals as SkinJase, has made it his yearly mission to put smiles on faces across Stoke-on-Trent by taking in donations of presents and handing them out to families who need help the most.

Each year presents have been delivered to his tattoo shop in Smallthorne with a backroom in the shop being dubbed the ‘Wrapping Room’ where Jason’s family get to wrapping up the donated presents.

Head of Community at Port Vale, Tom Sherratt said “It’s an exciting opportunity to be partnering with Staffordshire Police and Jason and to be able to work closely together to benefit the community as a whole to ensure more smiles get put on faces this festive period. We’re hoping that this years’ scheme will as successful as previous Match Day Christmas appeals.”

Port Vale Foundation’s Family Zone will be one of the drop off zones on the Saturday alongside the club shop on Hamil Road with a third drop off point being opened up at Burslem Police Station on Jackson Street.

Stoke-on-Trent North area commander, Chief Inspector Mark Barlow, said: “We are delighted to be supporting the Christmas toy appeal again this year, and working alongside Jason and the team at Port Vale.

"Staffordshire Police Cadets will also be on hand at the toy collection points and neighbourhood PC Kev Cook will be helping Jason to deliver the gifts. In addition, members of the public can also call at Burslem Police Station to donate gifts.

"This is what Christmas is really all about, with every donation making the festive season extra special for those children in our communities who might otherwise go without. I hope that through the generosity of local people, football fans, PVFC and Staffordshire Police, many more children across the city will be experiencing a magical Christmas this year.”

If you would like to donate presents Jason asks that they are new, sealed gifts and are for children up to the age of 16.

Port Vale Foundation will also be working alongside the Alice Charity and University Hospitals of North Midlands to put even more smiles on faces this Christmas. 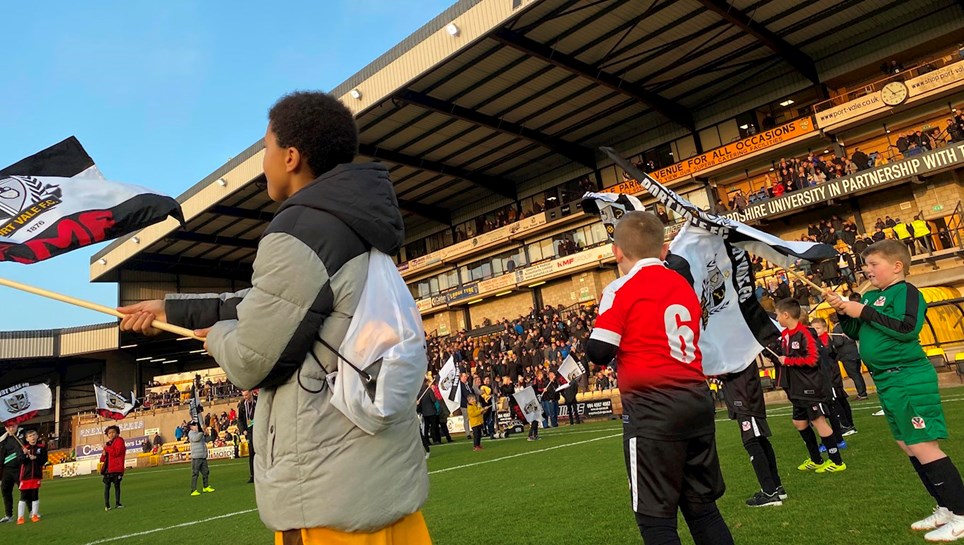 
The Super Vale Abroad Initiative (SVA) was set up in 2018 by a group of exile Vale supporters from around the globe in order to raise funds to sponsor families to attend Vale home games. The families...


Port Vale Foundation’s mascot experiences gives you the opportunity of a lifetime to walk hand in hand with one of their heroes onto the Vale Park Pitch.


It's the time of the year where many of us get to spend Christmas surrounded by our loved ones. Some people however are not as fortunate with many spending Christmas Day in hospital.