The Vale head into this fixture on the back of an impressive FA Cup win against Cheltenham on the weekend, and will be looking to win their sixth cup tie in a row when they welcome the Stags to Vale Park this evening in the second round of the Leasing.com Trophy. You can find all of the key information regarding the game, below.

Port Vale will be heading into this one full of confidence after they booked their place into the third round of the FA Cup on Saturday, and they can make it 6 wins from their last seven in all competitions with victory tonight.

The Valiants won all three of their matches in the group stages of the Leasing.com Trophy to earn themselves an automatic home tie in the second round, and a win over Mansfield will see the Vale reach the third round of the competition for the second season in a row; the club made it to the quarter-final stage last term.

Askey will still be without Emmanuel Oyeleke and Adam Crookes who remain sidelined, and David Worrall will serve the second of his four-match suspension so will also be unavailable.

The Stags made it to the League Two play-offs last season and agonisingly missed out on a trip to Wembley after losing to Newport County on penalties, and the club have not quite started the new campaign as many were expecting. They are currently sat in 15th place in the league and without a win in their last three matches in all competitions. However, Mansfield do flaunt a good away record, with 13 of their 21 league points coming away from the One Call Stadium.

Tomorrow’s visitors finished second in their group which included Everton Under-21’s, Burton Albion, and Crewe Alexandra, the latter missing out on a place in the knockout stages by a solitary point. John Dempster’s side have not made it past the second round since the 2016/17 campaign.

Mansfield will be without top scorer Danny Rose this evening as he is still sidelined with a hamstring injury; Rose scored against the Vale earlier this season in the side’s 2-2 draw at Vale Park. Craig Davies and Hayden White will also miss out.

One to watch: Nicky Maynard

Nicky Maynard will no doubt be the focal point for the Stags this evening, and will be looking to add to his seven goals in all competitions this season; Maynard did not feature when the two sides met back in September.

The 32-year-old has enjoyed a successful career all around the four tiers of English football, and this is his first taste of League Two football. He began his career with Vale rivals Crewe, and then went onto play for the likes of West Ham United and Cardiff City, enjoying top flight football with the Bluebirds.

Maynard was playing his trade at Bury last season, but due to the financial trouble at the club, he decided to leave and joined Mansfield in July earlier this year.

Port Vale: “Winning becomes a habit and we’ll put everything we have into Tuesday’s game, and hopefully we can get a result and move on in that competition because it’s the one competition with the possibility of getting to Wembley, so we’ll enjoy this and hopefully we’ll be enjoying Tuesday as well.”

You can watch the game LIVE from your home by purchasing the iFollow video Match Pass for £10.

There will also be the build-up to the game with the official Snapchat and Instagram accounts; officialpvfc

Reaction will be available on the official website post-match as well as on YouTube, iFollow and social media 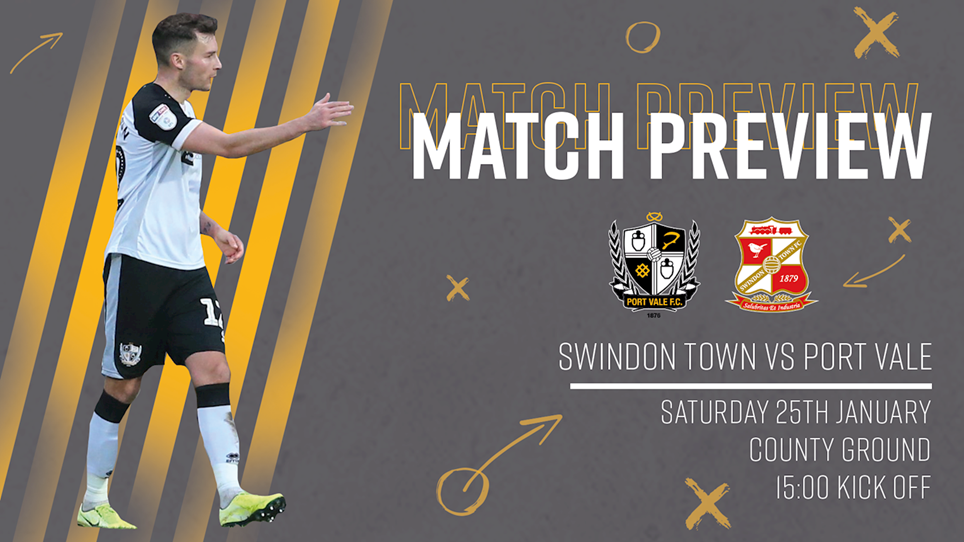 
Port Vale travel to Swindon Town this afternoon where John Askey’s men will look to make it back-to-back wins in the league. You can find all of the key information regarding the game, below.


After a lengthy spell away from Vale park, the Valiants finally return to home action in the league today, with their first home game since New Year’s Day. The Vale will welcome Leyton Orient to Vale... 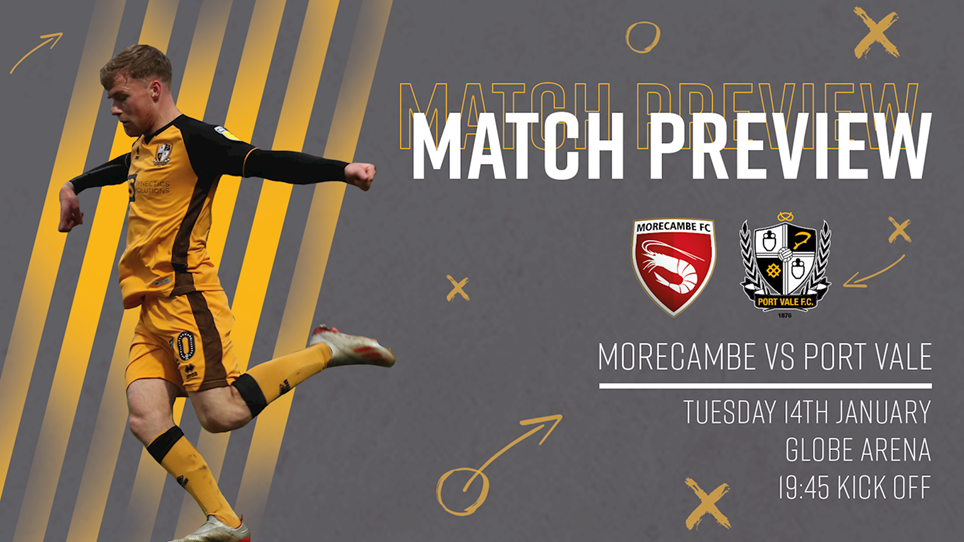 
Port Vale travel to the Globe Arena this evening to face a struggling Morecambe side where the Valiants will be looking to make it two wins in a row. You can find all of the key information regarding...


The Valiants return to league action today, with their first game in the league of 2020. The Vale will travel to Broadhall Way to take on struggling Stevenage and you can find all of the key...