Can we get our unbeaten streak to double figures this weekend when we travel to Colchester? Let’s look back at some previous fixtures down in Essex.

The first shot of the game came from the Valiants after a good spell on the ball by the hosts, on seven minutes Cristian Montano got on the end of a long ball and fired a half volley wide of the post.

Rodney looked dangerous on the counter-attack and got his goal after 19 minutes. Easily beat his man on the left flank and had all the time in the world to curl the ball, from a tight angle in the box, into the top right corner which Shamal George did not even dive for.

The Valiants should have had a second goal when Rodney got down the left side once more on 24 minutes and found Theo Robinson in a great position seven yards out but did not get a great connection and his shot was tame and an easy claim for George.

Jevani Brown had an effort with 32 minutes played but rushed his first time shot from inside the area and hoisted the ball way over the bar. Four minutes later and the hosts had their best chance of the game, a volley from Noah Chilvers who caught it well but struck it straight at Scott Brown in goal.

The hosts made two changes at half time which made a huge improvement in the final third with Courtney Senior especially. The first chance of the second half came on 52 minutes, an in-swinging corner was punched away by Brown straight to Ryan Clampin who sliced his effort well wide. More pressure from Colchester and six minutes later Frank Nouble got free on the left side who fired a low ball across the face of goal but Brendan Sarpong-Wiredu’s shot from six yards out just stayed inside the stadium as it was smashed well over the goal.

After Colchester’s good start to the second half, Vale regained control of the game and were unlucky not to double their lead on 66 minutes. Robinson was dispossessed outside the area and the loose ball fell to Tom Conlon in a tight angle whose shot was saved well by George. Seven minutes later, another chance for Vale to make it 2-0. This time Rodney got the ball on the edge of the box and struck a shot well which bounced back off the far post, the rebound found Rodney again but his second shot was saved easily.

78 minutes played and Nathan Smith almost got the home side level when his header was directed on goal had to be saved by Brown and he did fantastically well to get a hand to it to push it out for a corner. Two quick-fire chances for the home side on 87 minutes, Jevani Brown’s shot was blocked and the corner found Tom Eastman but his header fell well wide. A few scrappy chances for Colchester United right at the death but Vale hung on for a huge win at the bottom of the table.

Neither side pulled up any trees in the opening minutes of the game as they settled in and attempted to see what lay in front of them.

The home side could have hurt Vale in the 9th minute , however, when they worked the ball forward well with a neat passing move, only for George Moncur to slice his 20 yards shot well wide of Chris Neal’s left hand upright.

There was no real flow to the game, with neither side able to dominate, but the home side went close again four minutes later when this time it was Freddie Sears’ turn to slice the ball wide of the target.

A minute later Sean Clohessy did well to get his body in the way of a goal-bound shot from Ben Williamson on the edge of the box. 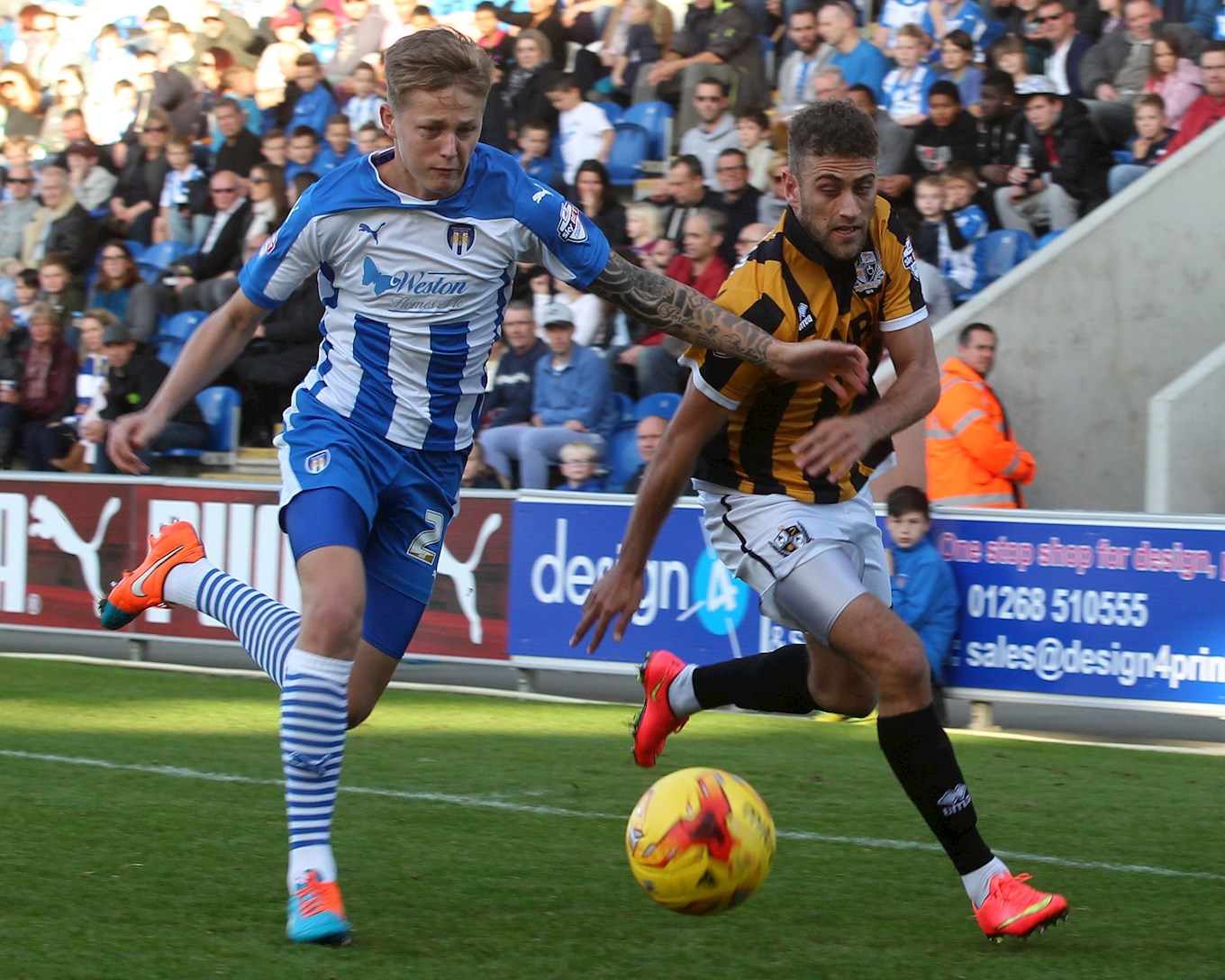 Vale were beginning to look a little more threatening, but both ‘keepers had to earn their money with full length saves within the space of sixty seconds.

Mark Marshall picked the ball up on the halfway line, ran with pace down the right flank, twisting one way and then the other before stinging the hands of Walker in the Colchester goal from a tight angle.

The Valiants were beginning to look the more threatening of the two sides, but the home side were given the perfect opportunity to go in front when Gavin Massey was bundled over inside the Vale box.

The referee had no hesitation in awarding a penalty kick and Freddie Sears spotted the ball confidently, but Chris Neal guessed right, flinging himself to his left to make the save with 32 minutes on the clock.

Minutes later Vale had the ball in the net, when McGivern, challenging Walker from a Vale corner, nodded the ball down and slammed the ball into the net from close range, but the referee decided McGivern’s challenge on the ‘keeper was unfair. 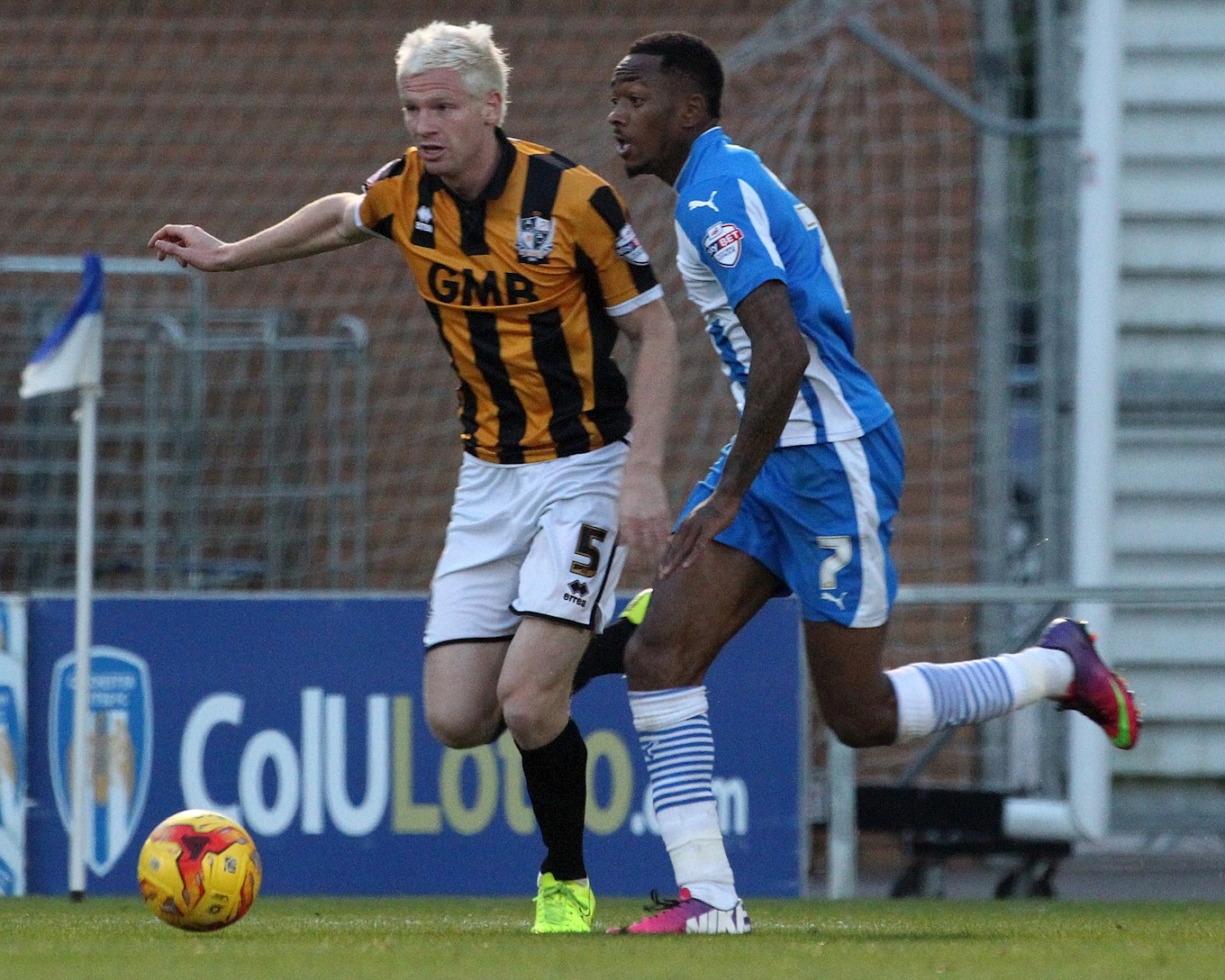 Vale began the second half well and were rewarded for their efforts in the 56th minute when the ball ran loose to Mark Marshall inside the box and the winger made no mistake, smashing home from 12 yards.

Vale made a change in the 59th minute Colin Daniel replaced Dany N’Guessan, and within 30 seconds the substitute doubled Vale’s lead. A right wing cross from Marshall dropped for Daniel, who switched feet before beating the ‘keeper at the near post from 15 yards.

Vale were looking well organised at the back and comfortable on the ball and what they were now looking for was a second consecutive clean sheet.

It was not going to be a walk in the park, however, as the home side upped their game, and they were denied by the frame of the goal when Gavin Massey rattled the Vale crossbar in the 71st minute.

A minute later the clean sheet Vale had yearned for was forgotten when the home side pulled a goal back when substitute Macauley Bonne headed the ball across the Vale goal and Freddie Sears was on hand to slam the ball home from close range.

A terrific challenge from Richard Duffy prevented what looked like an equaliser for the home side when the Vale defender got in to block an effort from Sanchez Watt.

It would have been rough justice for Vale had he scored for they deserved the three points, and thankfully that is exactly what they got.