For the second match running there was late drama at Vale Park as a Max Taylor own-goal in the dying seconds secured a 1-0 victory for the Vale, as we got our first win of this year’s Papa John’s Trophy campaign.

Vale started the game brightly and looked to strike early, driving down the wings and delivering balls into the area that were asking questions of the Dale defence, before Danny Amos, on his Vale debut, used some lovely skill to drive into the box where the ball fell to Jake Taylor who went appeared to be tripped on the area, but the ref disagreed and showed him a yellow card.

As the game approached the five-minute mark the visitors nearly took the lead as a one-two between Conor Grant and Liam Kelly saw to the latter whip the ball into the box where Jimmy Keohane met it on the volley but was denied by the post before Alex Newby turned the rebound over the bar from close range.

On the 10-minute mark Jake Taylor pinged a stunning cross-field ball to Alex Hurst whose low drilled cross was put out for a corner, which lead to sustained Vale pressure with back-to-back corners.

In the 17th minute George Lloyd nearly marked his first Vale start with a goal, collecting the ball and driving towards the Dale box, beating his man, and unleashing a shot on goal that was blocked wide for a corner.

Soon after Danny Amos looked to open the scoring as he tried his luck from just outside the area and tested the opposition goalkeeper who was forced to punch the shot away in wet conditions.

When the game entered the half-hour mark Alex Hurst went down inside the Rochdale box, but referee James Oldham did not see any cause for a penalty and play went on.

Minutes later Vale nearly took the lead via an own goal, as Danny Amos’ dangerous set-piece delivery flicked off a defender’s head and forced a save from Jay Lynch.

With the half approaching the final five minutes, Hurst whipped in a deep cross to the back post that was met by the head of Mal Benning, but his lopping header was headed off the line after beating the keeper.

Vale made a double swap at half-time, with Lewis Cass replacing captain James Gibbons and the returning Brad Walker was replaced by Ellis Jones from the academy who made his professional debut.

It was nearly a dream start for the Dale as Matt Done found himself through one-on-0one with Aiden Stone, but the keeper produced a brilliant save to keep the game level.

Vale’s first big chance of the second period came when Hurst did really well down the right flank and drilled in a low cross that was met by George Lloyd but the striker could only deflect the ball just wide of the near post.

Dennis Politic was next to try and break the deadlock as he tried his luck from a free-kick from 25-yrads out, but the keeper was equal to his powerful strike.

It was nearly the dream debut for 17-year-old Ellis Jones as he made a brilliant run into the area and was played in behind the defence before firing on goal from a tight angle and was only denied by a fantastic save.

Jones had another chance to grab a debut goal as he weaved through the Rochdale box before poking the ball through a defender’s legs and being blocked by him and going to ground, but once again the ref waved away the penalty shouts.

In the 73rd minute a brilliant pass from Lewis Cass played in Amoo who broke away towards the by-line and cut inside the box before playing the ball across the face of goal where Benning arrived to go agonisingly close to poking the ball into an empty net.

Soon after a corner saw the ball fall to Danny Amos who rifled a shot towards goal, beating the keeper but rattling the post, before Dale broke on the counter which looked certain to result in a goal, only to be denied by an outstanding last-ditch tackle by Lewis Cass.

With just seconds left of the game Lewis Cass sent in a fantastic cross from the right corner that lopped over everyone to the back post which caused chaos and saw the ball cross the line with Rochdale’s Max Taylor getting the final touch, resulting in a win for the Vale. 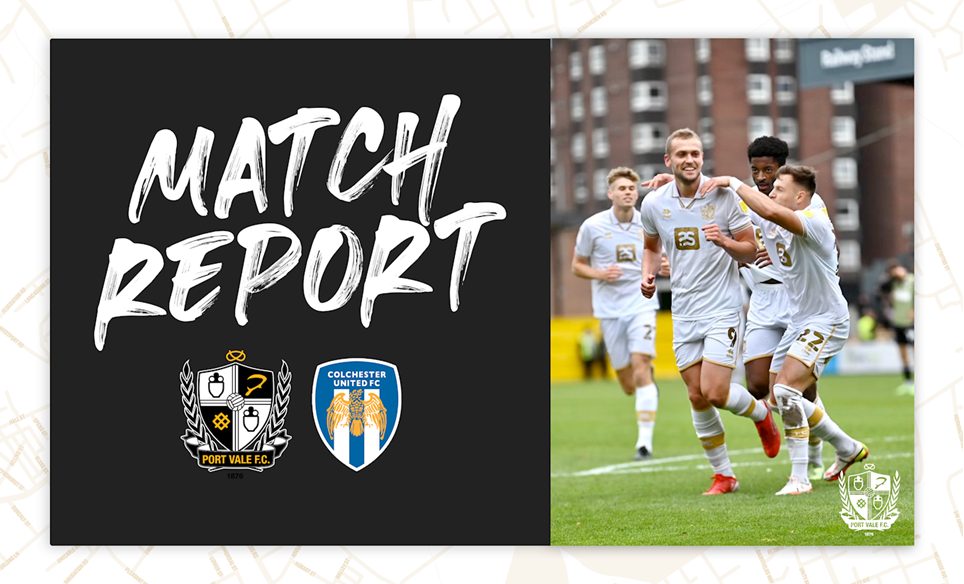 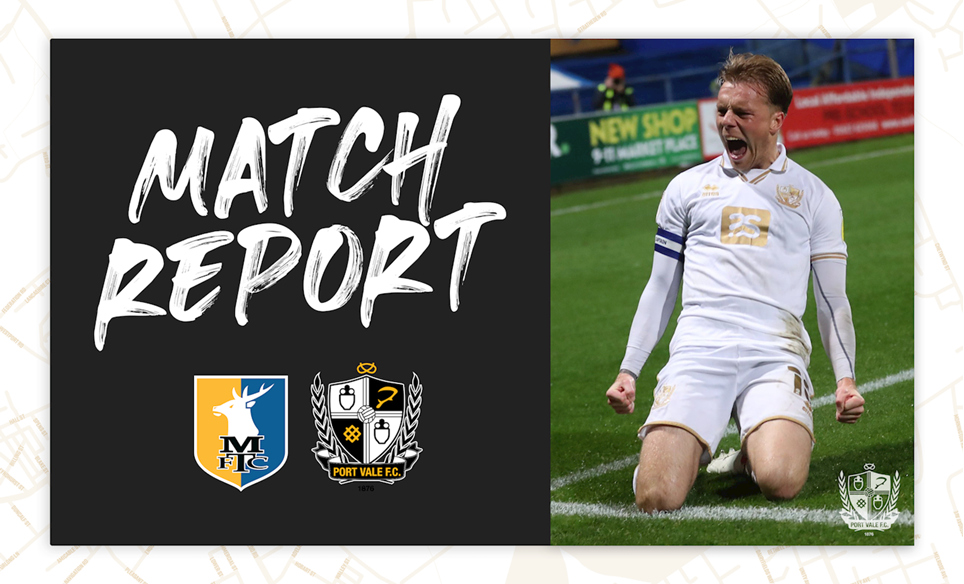 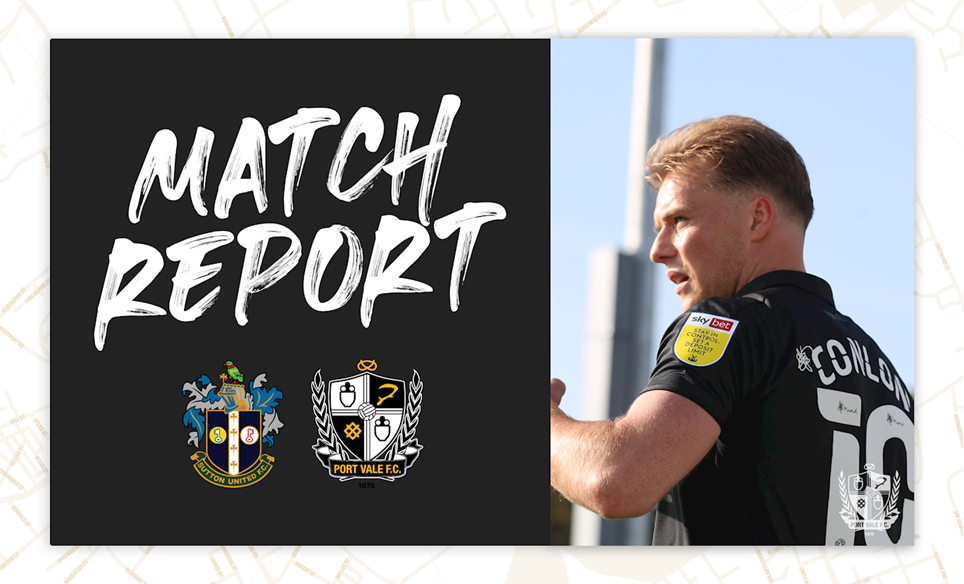