An improved second half performance but Vale were unable to turn the game around as they fall to defeat at Scunthorpe.

A Ryan Loft brace in the first half was enough for Scunthorpe to take all three points at Sands Venue Stadium. Vale stay 16th with this defeat but Scunthorpe join them on 29 points.

The Valiants were eyeing up a rare win in Scunthorpe territory having not won in the league there since 1973. A scrappy start to the game with neither side have a strong spell of possession. The Iron had the first real chance of the game on 14 minutes, Abo Eisa cutting in from the left but did not trouble Scott Brown with his effort going well wide. Vale answered back a minute later, Tom Conlon got onto a loose ball outside the area whose shot was saved by Mark Howard who spilt the ball but reclaimed at a second attempt.

Vale looked to bounce back after the Walsall defeat but it was the home side with the better opportunities as Lewis Spence had a shot blocked on 20 minutes by David Fitzpatrick. A minute later Ryan Loft scuffed a volley wide of the Vale goal. The pressure told on 25 minutes as Ryan Loft got on the end of a long ball forward and tucked the ball into the corner of the net to give the Iron the lead.

This was Frank Sinclair’s final game on the touchline before Danny Pugh’s return and would have wanted to end his two-game spell on a high but he quickly saw his team go down to a two-goal deficit on 31 minutes. Ryan Loft doubled the lead after Alex Gilliead’s shot was saved by Scott Brown and then the rebound fell straight to Loft. Devan Green had a chance to make it 3-0 to the home team but fired his volley well wide in stoppage time of the first half.

Three substitutions at half time and the Valiants started really brightly with David Worrall putting a header on target inside the first minute of the restart but it was saved by Howard. David Amoo almost scored with one of his first touches on 48 minutes after Worrall put a great cross into the area but Howard was once again equal to it.

Vale piled on the pressure, this time Fitzpatirck on 57 minutes struck a loose ball at goal but it was blocked by the home defence. Vale won a freekick with 69 minutes played, Tom Conlon whipped the ball in but no one was able to get on the end of it. Five minutes later another header from Worrall on goal but it did not trouble Howard and the Iron held onto all three points. The Valiants host Southend United this Saturday looking to end this two-game losing run. 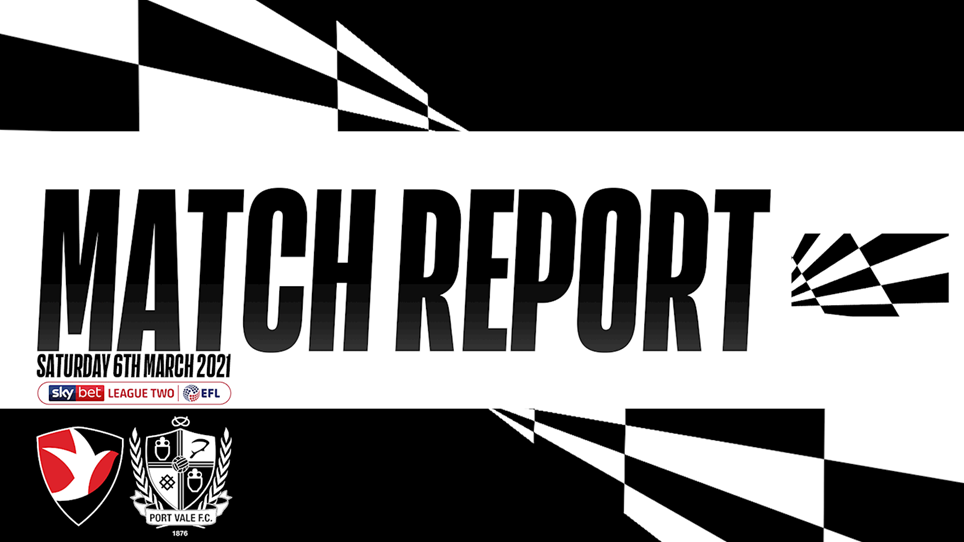