Port Vale are back in action tomorrow as we visit Brunton Park, seeking our seventh consecutive league victory. You can find all of the key information regarding the game, below.

The Valiants will look to keep the best winning run in England’s top four leagues going following last weekend’s win over promotion hopefuls Morecambe, thanks to Nathan Smith’s powerful header. Vale have a chance to make it seven wins on the bounce for the first time since 1893.

The biggest stories of the week saw the sale of Manny Oyeleke to Chesterfield and the contract extension for Alex Hurst, which saw the young winger sign a deal to keep him at Vale Park until 2023.

The game kicks off two and a half hours earlier than originally planned as a mark of respect for HRH Prince Philip. Three points could see us climb another position up the table and keep the chance for a late Play-Off surge alive as we enter the final five fixtures of the season.

“It’s about winning, first and foremost, any way we can… you’re always looking as a manager whether on a winning run or a losing run at the next performance, so we’re looking to have a better performance than the last game and we’ll need that if we’re going to come out with a win.”

Carlisle United find themselves just three points outside the Play-Off positions heading into this weekend’s fixture, as they aim to give their promotion dreams a boost by completing the double over the Vale, after winning the reverse fixture 1-0 at Vale Park thanks to a goal from top scorer Jon Mellish.

The Blues are in good form heading into the game as they look to continue their Play-Off surge, having gone unbeaten in their last five matches, but will be trying to return to winning ways following back to back draws on the road against Barrow and Newport County.

Carlisle will be seeking to maintain their recent home form against the Valiants, as Vale haven’t won at Brunton Park in the league since December 2017, where goals from Tyrone Barnett and Tom Pope secured all three points.

One to watch: Lewis Alessandra

Alessandra is an experienced forward, who can play down the middle or out on the wing, and was signed from Morecambe in January 2020.

Alessandra began his professional career at Oldham Athletic in 2007 where he played 67 times over three years, scoring 8 goals in that time.

He then signed for Morecambe in June 2011, playing for the Shrimps for two years, before his most successful spell of his career, which came at Plymouth Argyle between 2013-15.

After scoring 18 goals in 86 appearances for Argyle, Alessandra played for five different clubs across the EFL before signing for Carlisle last year.

He has scored seven times and assisted twice so far this campaign, and brings a wealth of talent and experience to Chris Beech’s side, with his next appearance set to be the 500th of his career.

Darrell Clarke: “I have mentioned it [winning seven in a row for the first time since 1893] to the group, it’d be a hell of an achievement, but we need to bring our ‘A game’ to beat Carlisle, if we do that then we have every chance of winning the game.”

Chris Beech: "It doesn’t matter [that we’re unbeaten in our last five], it’s Port Vale that matters, they’ve won six in a row, they might feel they’ve got a chance [of the Play-Offs], but they have to win every game, so we have to concentrate on Port Vale. 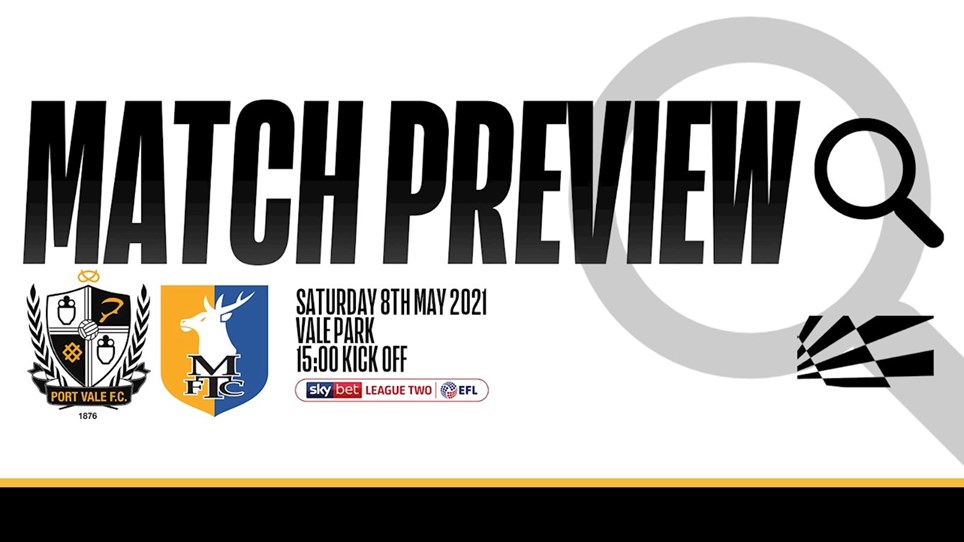 
Port Vale will hope to end the season on a high, when we welcome Mansfield Town to Vale Park this weekend. You can find all of the key information regarding the game, below. 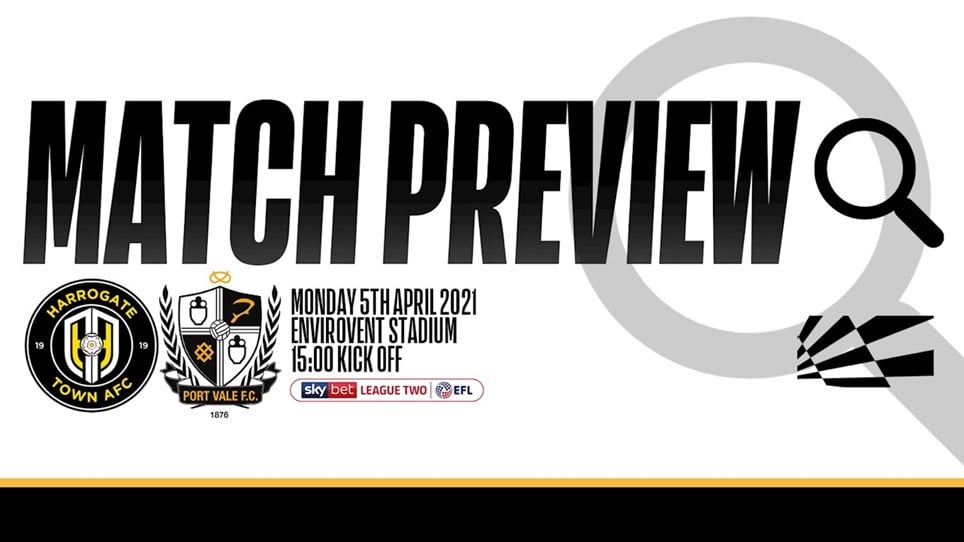 
Port Vale are back on the road tomorrow, as we travel to the EnviroVent Stadium for the first ever time, seeking our fifth consecutive league victory. You can find all of the key information regarding...


Port Vale have the chance to make it back to back wins in the league, when we travel to the New Lawn to take on Forest Green Rovers tomorrow. You can find all of the key information regarding the...


Port Vale will be hoping to pick up our second win on the bounce in Danny Pugh’s second game of interim charge, when we travel to the Stadium of Light to take on Sunderland in the last 16 of the Papa...