League leaders Swindon Town continued their fine home form this afternoon as the Vale fell to a 3-0 defeat at the County Ground.

It took just 90 seconds for Vale to earn the first corner of the match when David Worrall’s delivery from the right was poked behind, yet the Robins stood firm to clear the danger.

Following the corner, it was a quiet opening five minutes here at the County Ground with the home side enjoying the majority of possession but not managing to create any chances.

Just after the 11th minute, a fine through ball found Kaiyne Woolery by himself, but the linesman had his flag raised to deny the Swindon man any chance of putting his side in front.

With 20 minutes on the clock, both goalkeepers remained untroubled as neither side were able to carve any opportunities, however Askey’s men began to gain more of a foothold in this one as they looked to press Richie Wellens’ men.

It took 25 minutes for the first real chance to arrive in this one when Diallang Jaiyesimi came close to breaking the deadlock for the hosts. The midfielder weaved his way into the Vale box, unleashing a strike which Brown did well to parry at his near post, and Rob Hunt came close on the follow up when he struck his effort onto the top of the crossbar.

The confidence was flowing through the Swindon side at this point and moments later they had another good chance to go ahead. Once again, Woolery latched onto a ball over the top and this time he wasn’t offside, yet his left-footed effort just went wide of the near post.

Woolery was causing the Vale havoc as we approached the half-hour mark, and Brown had to be alert once more to keep the scores level. This time he received the ball down the right-hand side and cut inside onto that left foot, and his effort looked to be sneaking in at the near post, but Brown read it well to send it behind for a corner.

With five minutes left of the first-half, Swindon took the lead through Jaiyesimi. He picked the ball up on the right and he proceeded to cut inside and unleash a strike which managed beat Brown courtesy of a deflection off Leon Legge; an unfortunate one to concede for Askey’s side.

On the stroke of half-time the home side doubled their advantage through Hallam Hope. A fine ball was fizzed across the box and Robins’ debutant was positioned to fire into an empty net to make it 2-0.

It was a lacklustre first 45 from Askey's side who left themselves a lot to do in the second-half.

The Valiants made a bright start to the second-half, with Cullen coming close to halving the deficit. Cristian Montano picked out Scott Burgess who was making a surging run through the middle, he took an excellent first touch and teed up Cullen who couldn’t divert his effort on target.

With ten minutes gone in the second-half, Swindon looked content with their two-goal advantage as they allowed the Vale slightly more possession but stood firm to restrict Askey’s men to limited opportunities.

Moments later however, Rarmani Edmonds-Green came agonisingly close putting the game out of Vale’s reach. Lloyd Isgrove clipped a ball into the ball post where Green rose the highest, but his powerful header was well saved by Brown.

Just before the hour-mark, Swindon’s constant pressure once again paid off as they made it three, and there was nothing Brown could do about this one as Michael Doughty curled a free-kick over the wall and in, leaving Vale’s number one with no chance.

Swindon continued to pile the on the pressure and this time the woodwork came to the Valiants’ rescue. Woolery was still as lively and threatening as he was in the first-half, and he made his way into the box before unleashing a strike which bounced of the post and out of danger.

It was a frustrating afternoon for Askey's men as they failed to make ground on the play-off places.


A Mark Cullen brace after Tom Conlon’s opener was enough to secure the Vale their biggest win of the season and move them into the Play-Off spots with a 3-0 win at Vale Park. 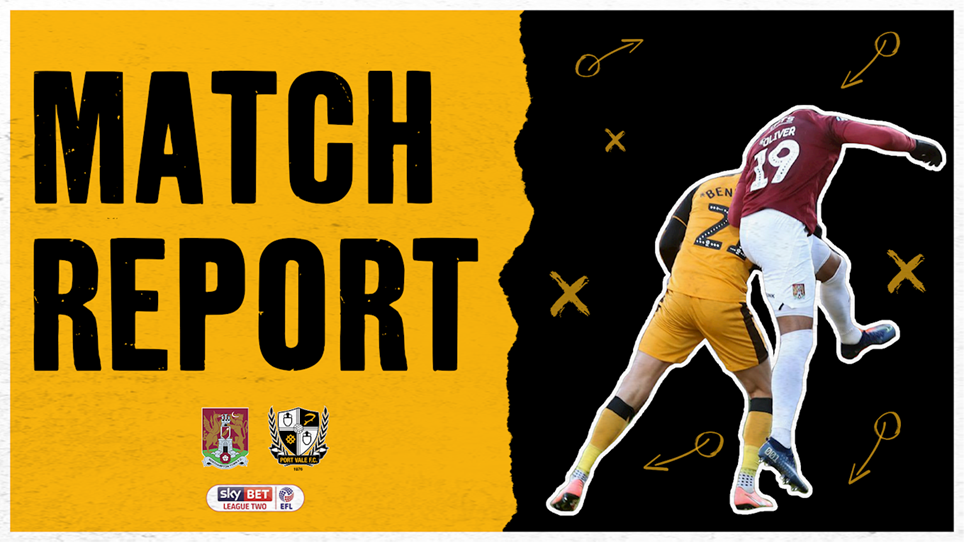 
A second-half David Worrall header was enough to seal a 1-0 win for the Vale as Askey’s men condemned Northampton to their first league defeat of 2020.


Port Vale make it six unbeaten at home in the league following a 1-1 draw against an in-form Salford City side. 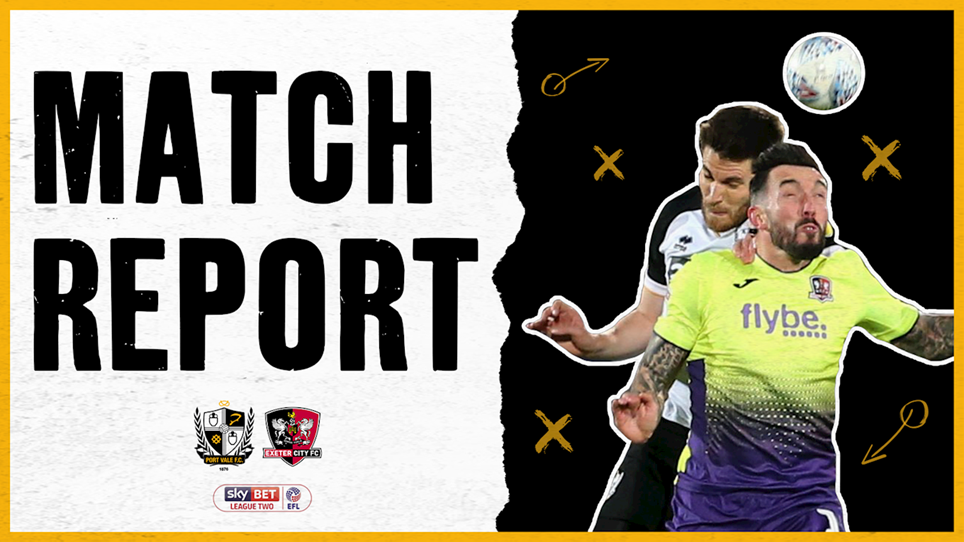 
Port Vale made it two consecutive wins at Vale Park as a stunning second-half comeback saw Askey's side pick up a 3-1 against promotion-hopefuls, Exeter City.