Port Vale emerged 2-1 winners away to Fleetwood Town in a tightly contested second encounter of pre-season.

In a behind closed doors friendly which took place at Fleetwood Town’s Poolfoot Farm training complex, both John Askey and Joey Barton tested the squads available to them, as well as a number trialists.

The match immediately sprung to life in the opening minute as a Fleetwood long ball left Leon Legge chasing ground against the opposition striker, with the onrushing Scott Brown snuffing out the danger.

After that early scare, Vale settled into shape - keeping the ball and looking to dictate possession.

A stumble and a roll from Nathan Smith at the back in the fourth minute allowed Fleetwood to press into Scott Brown’s penalty area, however the final ball was lacking, and Zak Mills cleared the ball to safety.

Rhys Browne looked lively in the opening 10 minutes, his pass feeding Devante Rodney whose effort from range sailed just wide of the mark.

It was Tom Conlon who opened the scoring for Vale in the 10th minute, chopping onto his right just inside the 18-yard box to fire past Fleetwood’s trialist goalkeeper.

The home side started to enjoy more of the ball following Conlon’s opener, looking to spread the play and test Vale’s starting centre-back pairing with a number of lofted balls over the top – which Smith and Legge attentively dealt with.

Conlon once again let loose from range, this time his effort veering just wide of the trialist keeper’s right post.

Danny Whitehead picked up the first yellow card of the game around the 20-minute mark, despite looking to win the ball. The official deemed the challenge worthy of a caution – providing Fleetwood an opportunity to deliver a set-piece from a dangerous angle, which Legge dealt with comfortably.

The physical presence of Rodney looked capable of causing Fleetwood problems at both ends, with his attacking work accentuated by his physicality when regaining possession.

Rodney had the ball in the back of the net in the 32nd minute with a strike into the bottom right corner outside the 18-yard box, however play was pulled back for an earlier offence in the attacking move.

Fleetwood found an equaliser in the 33rd minute, with a dangerous ball across the six-yard box by Burns slotted past Brown by the No. 20, Harvey Saunders.

Upon the restart, Port Vale immediately launched a counterattack with Browne taken down in the box as he was one-on-one. Browne stepped up and sent the keeper the wrong way to quickly restore the Vale lead. 2-1.

Fleetwood once again stepped up the pressure moments later, looking to find a rapid equaliser with a series of chances spurned from close range.

Browne and Mark Cullen displayed some good combination play on the left side as we entered the 40th minute, with smart interchanges forcing a corner.

Browne continued to prove a nuisance for Fleetwood’s back line, his mazy run leaving the Fleetwood defender on his backside, with the final ball unable to find a man in black and white.

Brown was forced into making an important close-range stop as Cristian Montano was beaten on the left side, with the resulting corner skewed high by Cullen allowing Madden an opportunity at the back-post which was sliced just over the bar.

Fleetwood had a golden opportunity to level the scoring in the final passage of play of the first half, however Camps’ effort was dragged just wide as the referee brought a close to an entertaining opening 45 minutes.

Askey rung in the changes at the interval, with 10 substitutions replacing the outfield contingent which had effectively marshalled the first-half.

David Worrall’s introduction almost reaped immediate dividends, finding himself free to mount an effort at goal. His attempted lob was slightly under hit and received gratefully into the arms of Fleetwood’s own substitute goalkeeper for his first action of the game.

The opening 10 minutes of the second-half saw little in the way of goalmouth action, with both sides settling back into their rhythm. However, it was Askey’s side showing more composure on the ball, dictating play effectively and utilising Worrall and David Amoo effectively on the wings.

A teasing ball from Worrall in the 58th minute invited a Valiant header, however Amoo’s connection was not as clean as desired and his header looped over the upright.

The second half proved less action-packed up until the 75th minute, when a 25-yard effort from Fleetwood called Brown into action once again, producing a reaction save to palm away the advancing home side.

Worrall’s floated delivery in the 78th minute found the rising head of Tom Pope, who made a strong connection but was just too far out to cause Fleetwood’s second trialist keeper any major issue.

A wayward Shaun Brisley back-pass to Brown provided the home side a corner as we approached the final 10 minutes, however Fleetwood were unable to make it count.

Vale kept a solid defensive shape as we entered the final minutes of the match, managing to see out the winning score line achieved by the first-half side.

Assistants: A. Beckett and N. Eaves 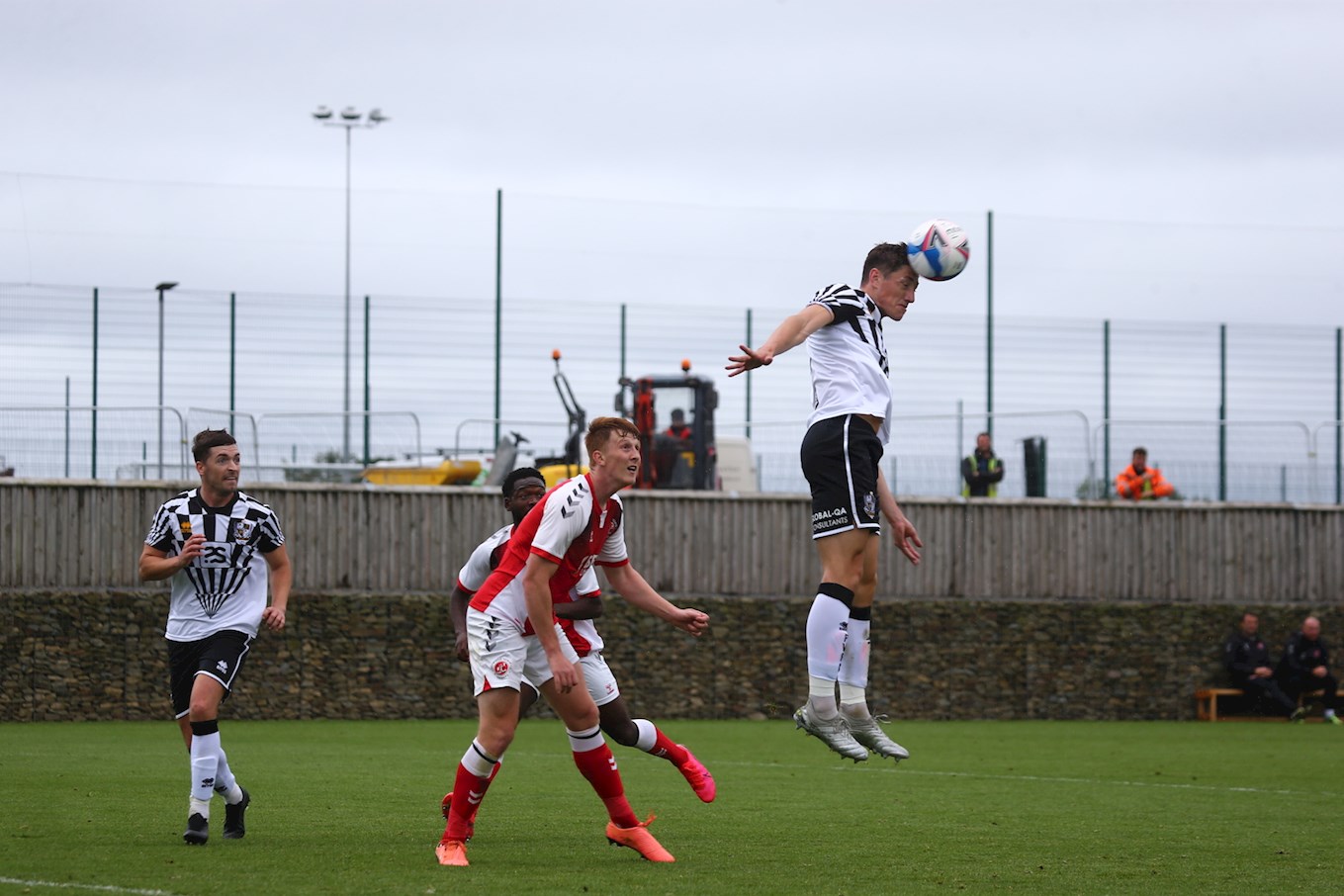 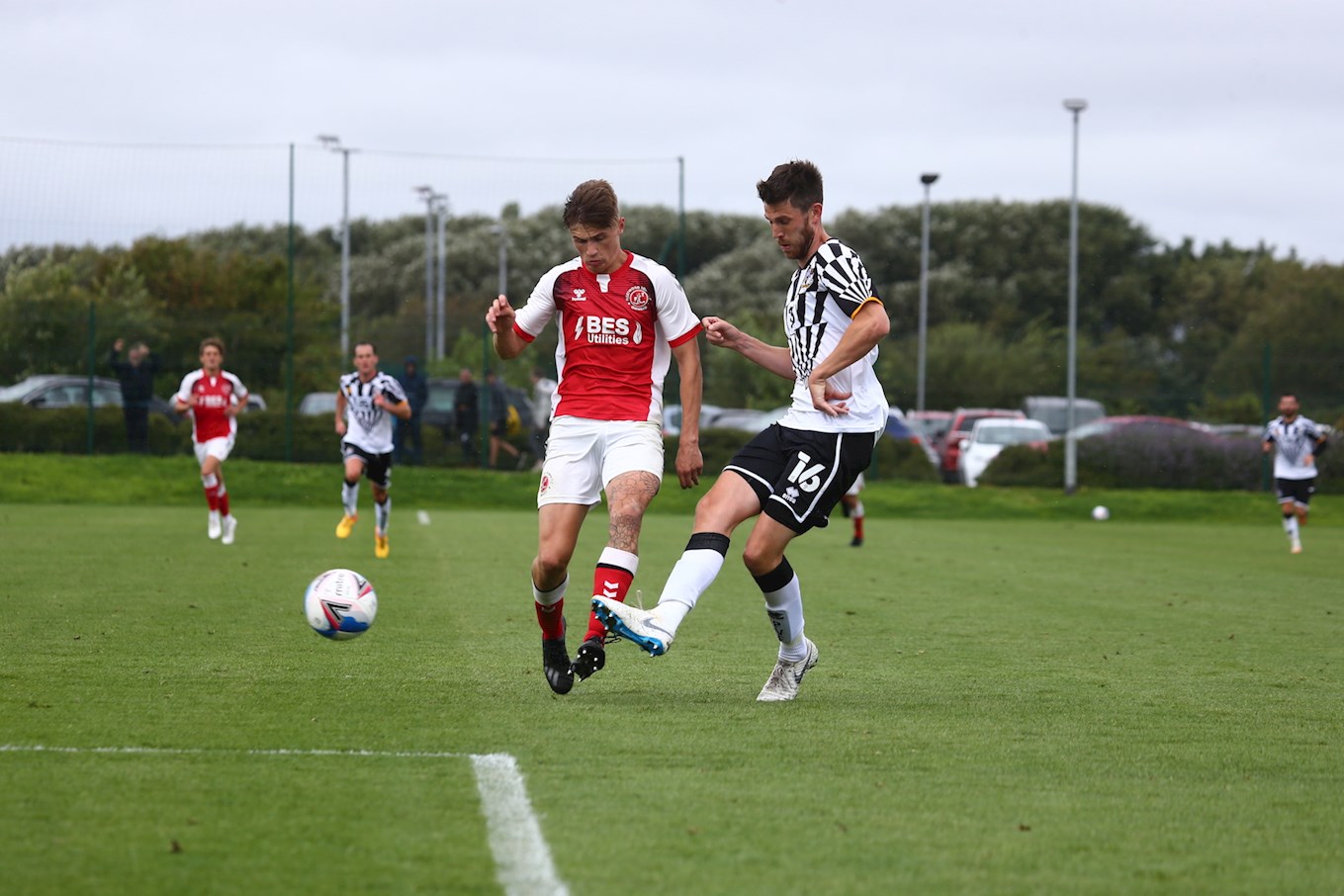 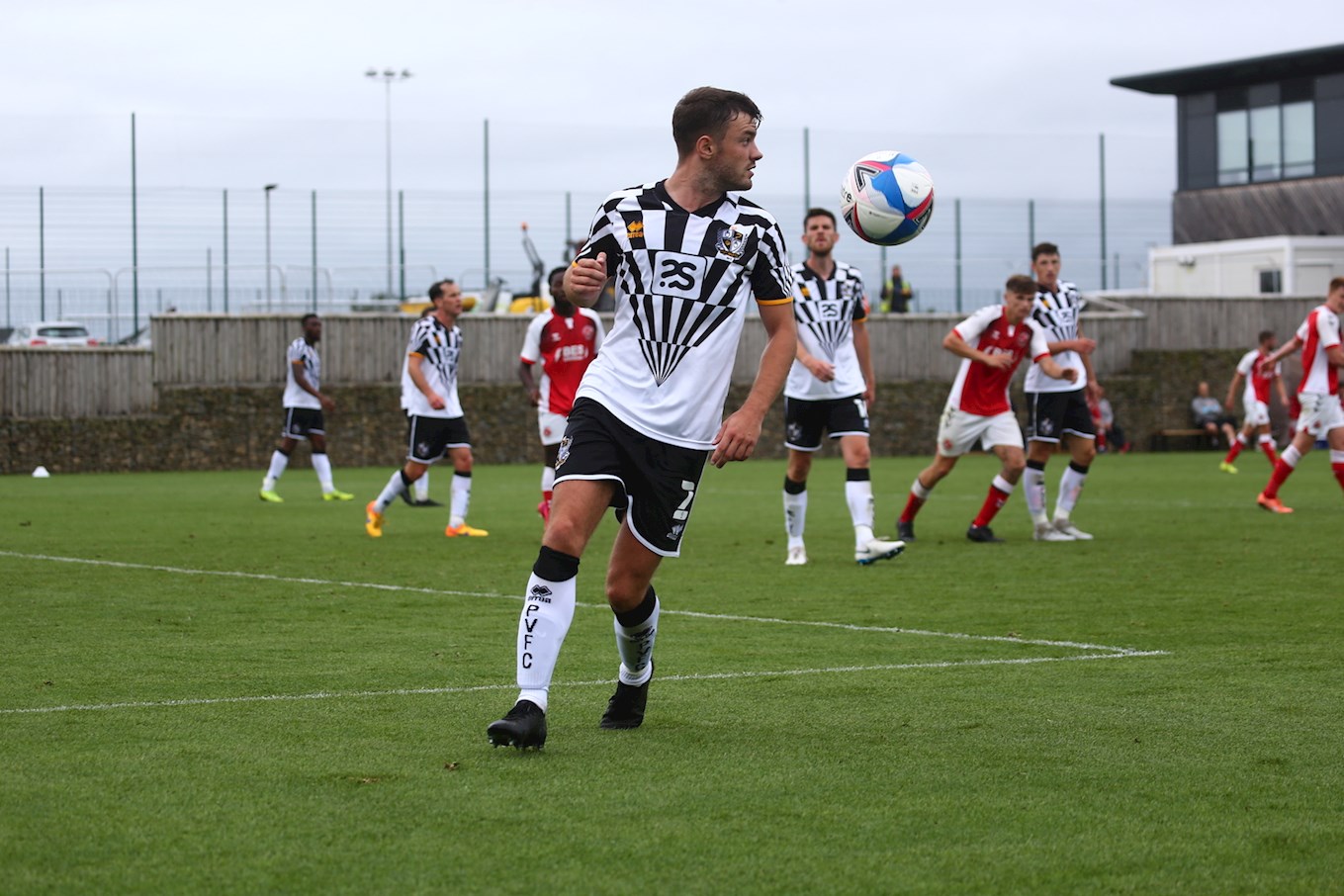 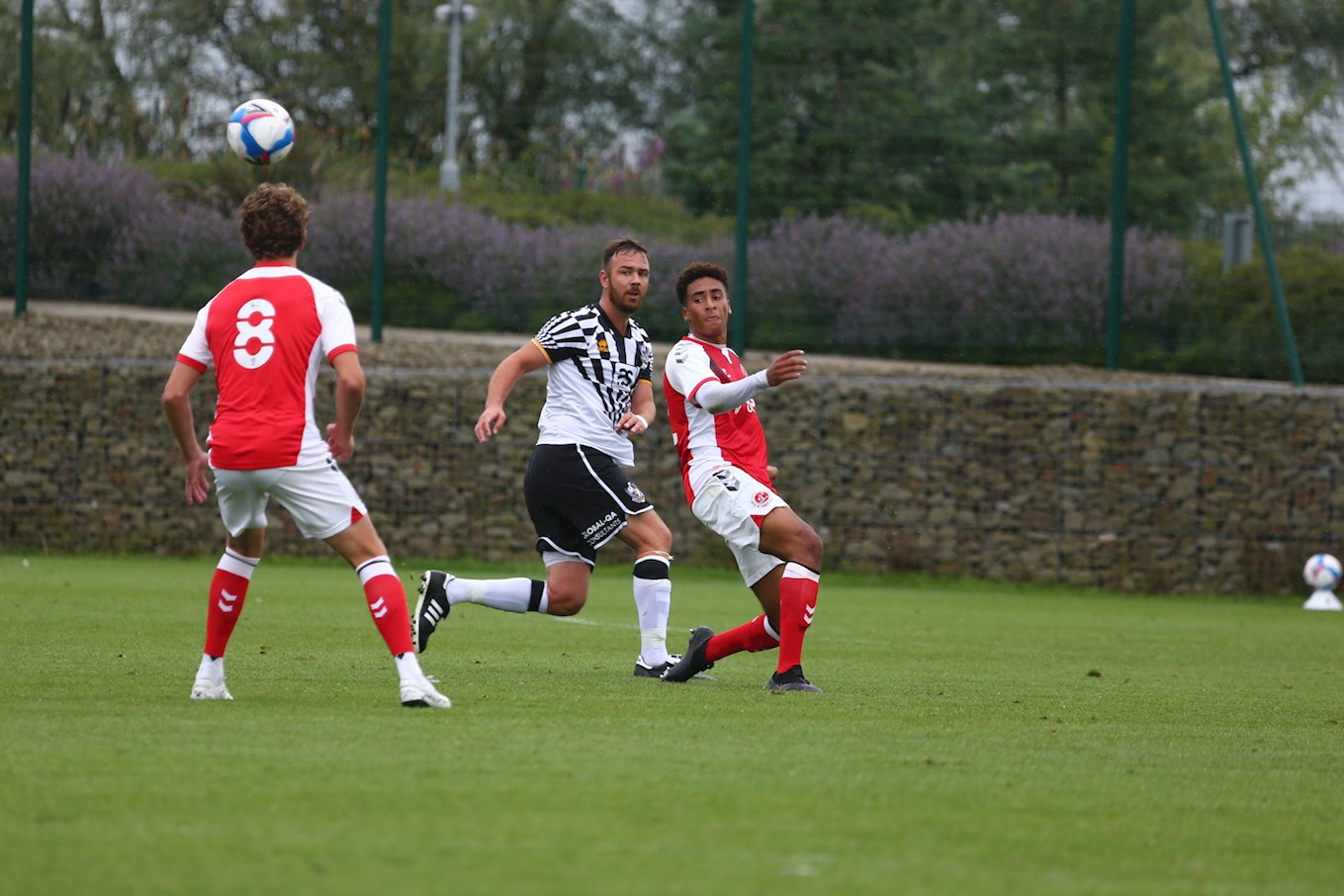