Port Vale can confirm that the club will be reporting to MOAS (Match Official Administration System), over the recent decision to disallow David Worrall's goal against Cheltenham Town on Saturday.

Video highlights of the game at the weekend prove that Cheltenham's Charlie Raglan clearly plays Port Vale's David Worrall onside as Cristian Montano plays the ball across to him, with his strike ending up in the back of the net. 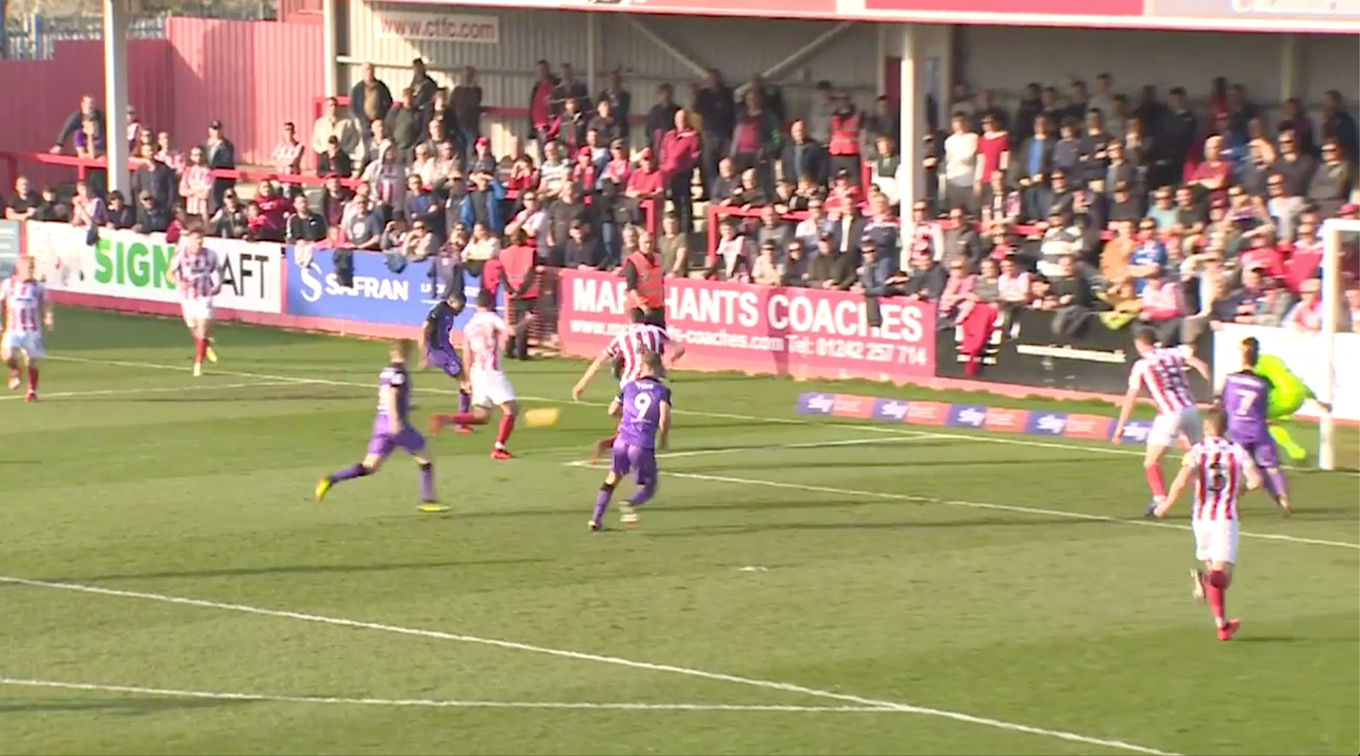 Goals change games and we as a club understand that you make your own luck in a game that is 90 minutes.

However stats have shown so far this season that when Port Vale score the first goal in a match, we have not lost a game.

In our last two away matches, we have now had two perfectly good goals ruled offside which have proven to be the wrong decision. Following a review of Pope's disallowed goal against Cambridge for offside, it has been proven that Pope was in fact onside. This has added to the long list of big decisions that have gone against the Vale this campaign.

So far this season, Port Vale have had confirmed from MOAS that several key decisions have gone against the club during matches. This has ranged from penalties awarded against us and penalties wrongfully not awarded in favour of us.

Throughout campaigns including the current one, the club has offered constructive feedback to MOAS in response to decisions made in various situations including the above, in order to help improve the performances of all match officials. The situation now with regards to the Cheltenham game is no different to that which occurs after every game where reports are submitted by clubs on the match officials.

The club takes these matters extremely seriously and treat accordingly.