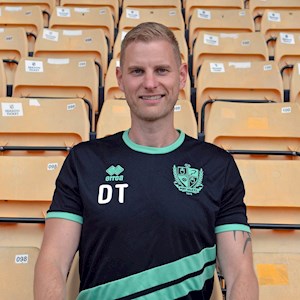 A former decathlon athlete, Dan Thompson is a key member of the Club’s backroom staff.

The 31-year-old studied Sports Management for four years at Sheffield Hallam University before spending time working in IT recruitment.

He started volunteering for Scunthorpe United in 2011 and began work at Port Vale part-time alongside that. Dan was taken on full time by the club in 2012 and in his very first season the Valiants were promoted to Sky Bet League One.