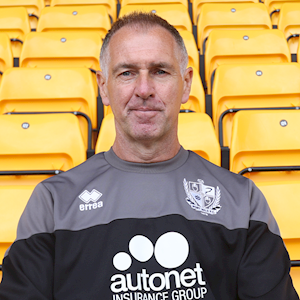 Sinclair's playing career got underway in Nottingham at the City Ground, as he signed his first professional contract for Nottingham Forest after being capped by Scotland at Youth and Schoolboy level.

However, he failed to make an impact in Nottingham, and did not make a senior appearance for four years. During his time at Forest, Sinclair spent spells out on loan at Wrexham, Derby County, Sheffield United and Leeds United; his most successful spell being his first with Wrexham, where he made 11 appearances.

Following his loan spell with Leeds United in 1986, the Yorkshire club signed the Scot, and he went on to make eight appearances for the Whites. He then went on to join Halifax Town on loan on two seperate occasions, making 14 appearances in total.

In 1989, Sinclair moved from Yorkshire to the South West where he signed for Bristol City. This was his most successful season as he won promotion with the Robins in to Division Two.

However, his stay in Bristol began to falter as he was once again out on loan, this time at Walsall where he played 10 games for the Saddlers.

Following his loan move to the West Midlands, Sinclair caught the eye of another Midlands club; Stoke City, where he moved in 1991 on a 5-year deal.

Sinclair went on to make 20 appearances in each of his first three seasons in the Potteries, but fell out of favour due to his competition for the number one jersey.

The Scot then moved to Yorkshire for a loan spell at Bradford City in which he did not make an appearance and then moved on a free transfer to Chester. He won the Club's Player of the Season award that season after conceding just 43 goals that season. However, Chester's season ended on a sour note, missing out on promotion after defeat in the Division Three Play-Off Semi Finals against Swansea City, and the following season proved to be his last.

He has since played non-league football, making appearances for Leek Town and Witton Albion, befor joining the Vale as a goalkeeping coach.