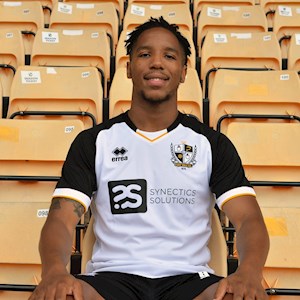 Browne has spent the past two seasons on the south coast at Yeovil Town where he made over 30 appearances for the club.

In his younger days, the fast paced winger was part of the Norwich City Under-18s side that won the 2012/13 FA Youth Cup before moving on to Charlton Athletic a year later.

His form in London earned him a cap for Antigua and Barbuda in 2015 against St Lucia in a World Cup first leg qualifier before earning his second cap in a second leg win.

After a trial period with the Vale, Browne signed a one year-deal where his ability to beat defenders will be put into use.