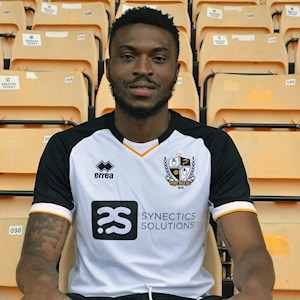 The former sprinter, started his career with Liverpool in 2010, before joining Preston North End in 2012 after loan spells at MK Dons, Hull City and Bury.

Further moves saw him end up at Cambridge United where he caught the eye of John Askey who brought him into Vale where he quickly became a fan favourite due to his natural pace and ability to beat defenders.