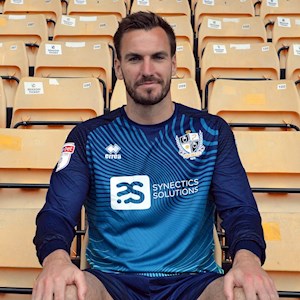 Scott spent the early part of his career with Wolverhampton Wanderers, Welshpool Town and Bristol City, before making his debut in the EFL with Cheltenham Town in January 2006.

Establishing himself as the club's first-choice goalkeeper, Brown played a total of 282 games for the club, including an appearance at Wembley in the 2012 League Two Play-Off Final.

He was voted as Cheltenham Town's Player of the Year for the 2012–13 seasons before moving to Scotland a year later to sign for Aberdeen. The club finished as runners-up in the Scottish Premiership in both the 2014/15 and 2015/16 campaigns. He joined Wycombe Wanderers in July 2016 and was ever-present in his final season at the club, as Wycombe were promoted to Sky Bet League One in 2017/18.