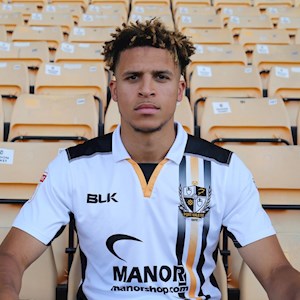 A local lad born in Stoke on Trent, the 21 year old joined Oldham Athletic after leaving the Stoke City Academy in 2015, and had a youth loan with Chorley early the following year.

He signed with Walsall in July 2016, and spent the 2016–17 season on loan at Chester, before joining Gateshead the following season.

The defender has since linked up with his Gateshead manager Neil Aspin here at Vale after signing for the club in the summer.