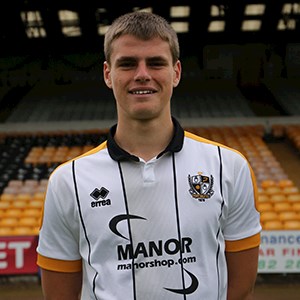 The young midfielder was one of four Youth Team players to be offered their first professional deal, following a successful campaign for Mick Ede’s under-18 side.

Mike had a superb season during the 2016/17 campaign, which was finally capped off with him being named the Youth Team Player of the Season at the end of season awards event.

Calveley is a centre midfielder by trade and will be looking to make a name for himself under Michael Brown this campaign.