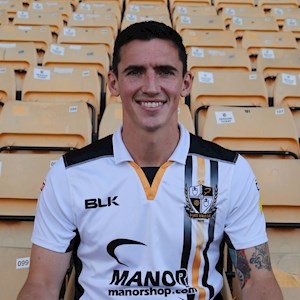 Established forward who began his career with Leicester City after many years with the academy. He turned professional with the Foxes in 2006.

Turning down a new contract with Leicester City, Dodds enjoyed a breakthrough season with Port Vale in 2008. The forward played a pivotal part in the club’s promotion to League One in 2013 ending the season with seven goals in 36 games.

Dodds went onto to represent the Valiants 289 times in the league scoring 51 goals, before leaving for Shrewsbury Town in 2016.

The forward ended the 2016/17 season as the Shrews’ top goal scorer with ten goals in all competitions.

In January 2018, Dodds signed for Chesterfield as a free transfer, though only made 12 appearances before returning to Vale Park in June 2018 on a season long loan.