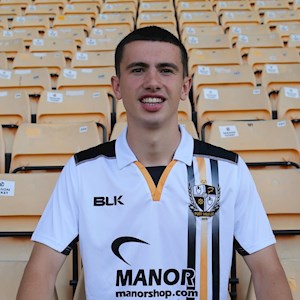 Benns graduated through the youth system with Port Vale and was awarded his first professional contract at Vale Park in May 2018.

The midfielder was also named as Youth Player of the Year with Vale following the 2017/18 season. The teenager earned his Vale debut in the 5-0 away defeat to Cambridge United on the last day of the season, though was only a 75th minute substitute.

In August 2018, Benns joined Stafford Rangers on loan seeking first-team football and scored his first senior goal in September, with the winner in a 2-1 victory over Grimsby Borough.

Mick Ede has described Benns as a clever creative midfielder who can play out wide or as a number 10.