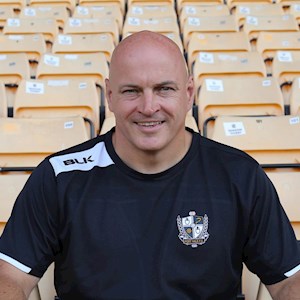 Brabin began his senior playing career at Stockport County where he only made two appearances in two years. He then went on to sign for Gateshead following a successful loan spell at the Gateshead International Stadium.

After a year spent with the Tynesiders, Brabin moved on to Runcorn in the Conference. The Linnets struggled in 1991-92 and 1992-93 but finished fifth in the 1993-94 season. They also appeared in two FA Trophy Finals at Wembley Stadium, but lost out on both occasions to Wycombe Wanderers and Woking respectively.

Brabin made a return to the Football League on 1994 as he was signed by Doncaster Rovers. He played 59 times in two years at Belle Vue, he also appeared three times for the England C team during his time in Yorkshire.

His next move took him to Gigg Lane with Bury, where he spent a frustrating season, only making five appearances.

This ushered him out of the door in Greater Manchester as he moved to Blackpool the following season, in 1996, where he played under Gary Megson.

He enjoyed a stunted spell at Bloomfield Road, but all in all he appeared 63 times for the Tangerines, scoring five times. He also spent a spell at Sincil Bank on loan to Lincoln City during his time at the seaside.

Brabin then moved to his ninth team in 10 years, as he moved back into Yorkshire, this time with Hull City who were situated at the bottom of the Third Division. He made the most appearances for Hull City during his playing career, playing 95 games.

During his time at Boothferry Park, Brabin was part of the team that salvaged Hull's Football League status, and also part of the team who were beaten in the Third Division Play-Off Semi Finals by Leyton Orient, despite a 1-0 win in the first leg.

After his time at Hull, Brabin went on to play for eight more teams in seven years including a stint in Wales with Total Network Solutions, as well as Torquay United, Chester and Halifax Town before bringing his playing career to an end in 2008.

The midfielder began his managerial career at Southport, a team he played for two years prior. He went on to manage Cambridge United, Luton Town, and Tranmere Rovers before being appointed Neil Aspin's First Team Coach at Port Vale.