The FA have confirmed that the 2019-20 West Midland's Regional Women's season has been brought to ‘an immediate end’ due to the outbreak of the coronavirus pandemic.

With no more games to be played the season has been declared null and void, meaning there will be no promotion or relegations of clubs in the divisions and all results will be erased.

Manager Ashley Thompson said: “The season finishing early is obviously disappointing after our slight improvement in form but the health and safety of everybody is the most important thing right now.”

Captain, Julia Kendrick, agreed with manager Thompson: “It’s a shame the season has ended this way especially as we were just starting to pull off some decent results.”

The league was originally suspended on Monday 16th March until further notice but due to recent developments, the FA made the decision to permanently end the season.

A statement issued by the FA stated: “These are challenging circumstances for English football and all decisions taken are in the best interest of the game and in consultation across key stakeholders. Our primary concern will always be for the safety and welfare of clubs, players, staff, officials, volunteers and supporters during this unprecedented time.”

The ladies scored 15 goals in the league this season, six of them came against Sutton Coldfield Town in a game which saw Meg Baldwin score a hatrick. Despite this game being a 6-0 thriller, this was not the ladies’ biggest victory of the season.

The biggest win of the season came against Lye Town in their first match of the season. The Vale were unstoppable as they beat Lye Town 9-0 in a dramatic fashion to book their place in to the next FA Cup preliminary round.

With a number of new faces in the squad, Kendrick admits it has been tough: “it’s been tricky for management to integrate the squad and knowing how each other play.” 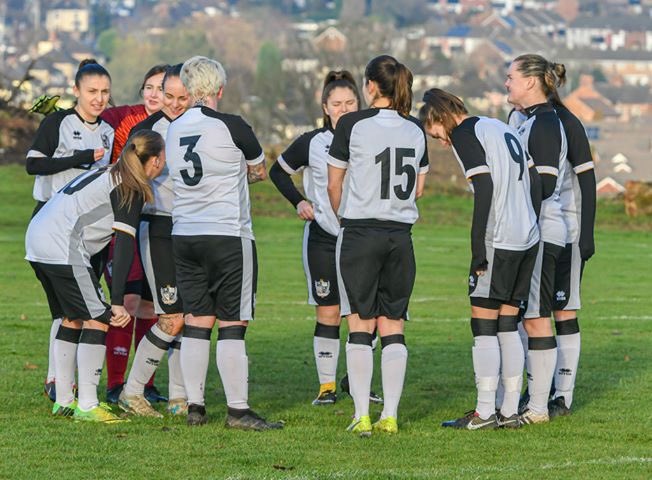 Both Thompson and Kendrick agreed that the season has been a “learning curve” for the team.

Thompson said: “We have learnt a lot about each other, and it’s not quite gone as planned but more than anything it’s prepared us for next season and we know where we need to improve to become a better team next season.”

Thompson took charge of the ladies’ side last summer alongside Dave Wright and the pair worked on rebuilding the squad and their confidence, improvements were shown throughout the season and the side will look to take them improvements into the 2020-21 season.

Thompson is already looking ahead to prepare for the 2020-21 season: “I’m now already looking at next season, my pre-season schedule and fitness, etc so I have plenty of time to look into that and prepare properly.”