The Super Vale Abroad Initiative (SVA) was set up in 2018 by a group of exile Vale supporters from around the globe in order to raise funds to sponsor families to attend Vale home games. The families that are invited are carefully selected by the Vale Foundation who also act as their hosts on matchday.

The group has expanded since it began to over 100 members which include former Vale players Robbie Earle and Danny Sonner who both live and work in the USA.

Following recent discussions with the Port Vale Foundation, the initiative has been extended to include the sponsorship of Matchday Mascots and also provide Matchday Experience packages for groups of up to 20 children at a time.

The children chosen as mascots are invited to meet the Vale players and escort them onto the pitch before kick-off and the Matchday Experience package includes a behind the scenes tour, activities and food before watching the game. The majority of the youngsters chosen by the Foundation have never been to a League game before.

Patrick Scragg who lives in the Central Coast Australia, is the leader of the group and originator of the Super Vale Abroad concept. “Through our increased membership and recent fundraising at the John Rudge evening, Super Vale Abroad is expanding its involvement with the Foundation to provide more opportunities for local families and children to watch Vale home games. We believe that by offering the youngsters this opportunity we are helping to create supporters of the future.

“The Port Vale Foundation do a great job in not only selecting the families and youngsters but looking after them on matchday. We will be sponsoring a Matchday Experience for 20 kids at Saturday’s game against Leyton Orient and have agreed to provide sponsorship for every home game until the end of the season. We also have further fundraising planned to hopefully extend the initiative even more for 2020/21.”

Port Vale head of community, Tom Sherratt added: “The Foundation’s involvement with SVA has so far been very successful and whilst we continue with the original concept of inviting families to games, the addition of Mascot and Matchday Experiences sponsorships give us greater scope to attract even more youngsters to games at the Vale.”

Any exile Vale supporter who wishes to join the SVA group and make a contribution towards the initiative is invited to contact Patrick direct via email at supervaleabroad@hotmail.com or through the group website https://www.supervaleabroad.com 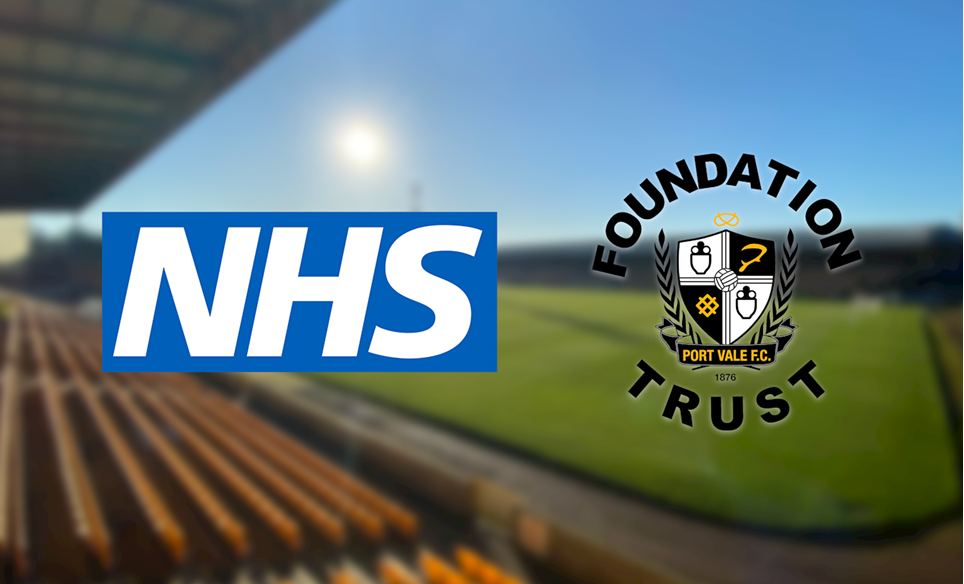 
Port Vale Foundation’s mascot experiences gives you the opportunity of a lifetime to walk hand in hand with one of their heroes onto the Vale Park Pitch.


It's the time of the year where many of us get to spend Christmas surrounded by our loved ones. Some people however are not as fortunate with many spending Christmas Day in hospital.