Vale Park is set to look ‘complete’ following the installation of seats in the Lorne Street Stand.

The stand was built twenty years ago, but has stood empty ever since - until now. Less than a year into the Shanahan’s ownership, 1500 seats have finally been added.

The new seats are now in place and will therefore be on show when Port Vale return to Vale Park once football in the UK resumes.

Originally, the seats were to be installed for Robbie Williams’ charity concert at Vale Park on the 20th June.

However, the postponement of that concert until summer 2021 due to the coronavirus outbreak has not affected instalment plans.

The seats will not be used immediately, as a concourse is required for that section of the stadium, which the Port Vale supporters club have begun to raise money for via their Gofundme page.

The original suggestion of crowd funding was made in passing without expectations, however Carol Shanahan has expressed her immense pride in the supporters club’s initiatives.

“The supporters club have ran with this on their own backs and the unity this shows between the club and its supporters shows how far we have come since May 7th.

“It’s brilliant to see we are aligned on our ambitions for the club and stadium and look forward to this continued relationship driving the club forward on and off the pitch.” 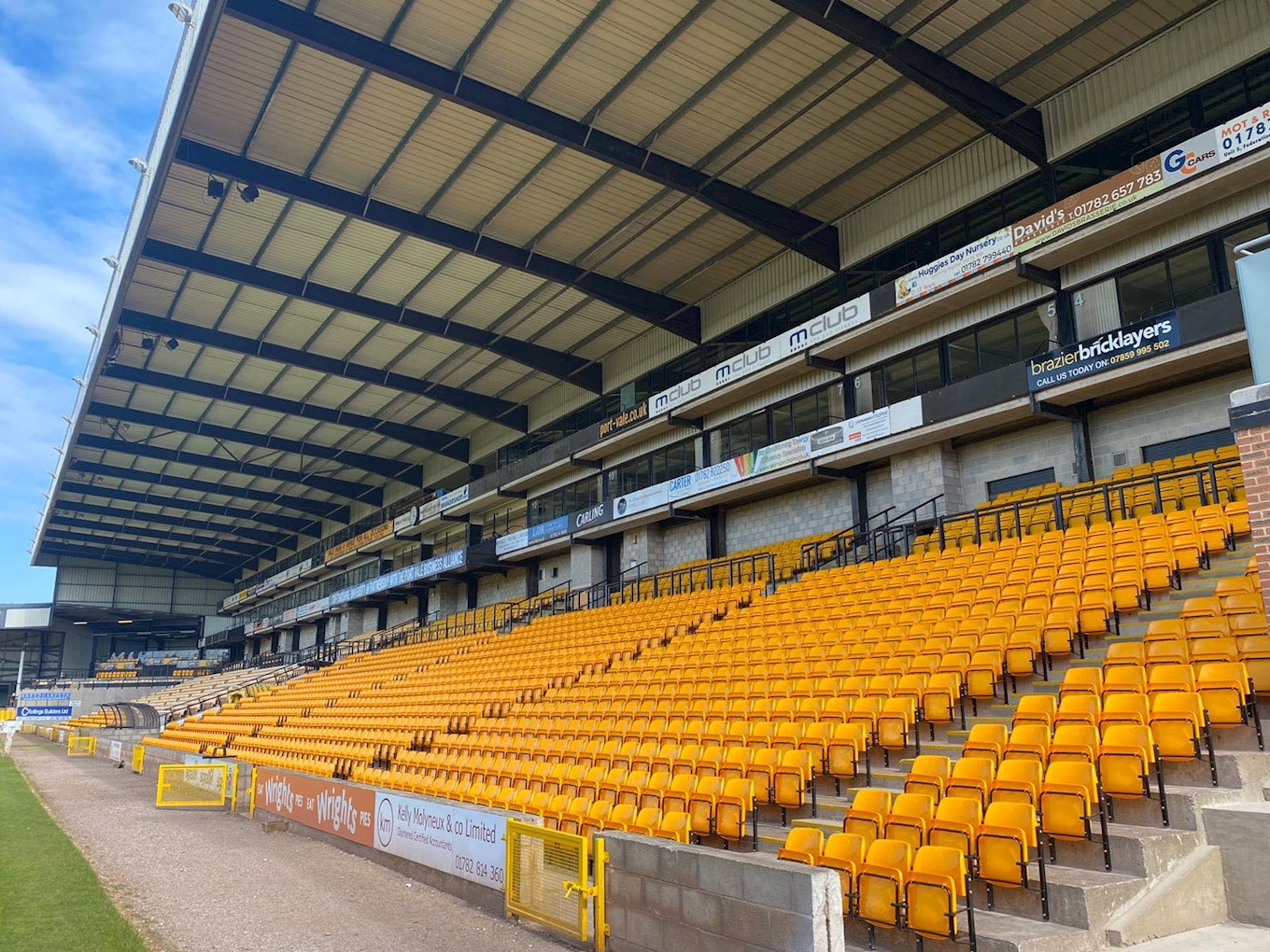 When discussing what this improvement would mean to the fans, Carol elaborated:

“This has been an ongoing issue for Vale fans, myself included, for many years now and to be able to finally get this done is a huge step towards where we want the stadium to be.

“There’s obviously a long way to go but it’s always good, with all the great things that have happened, and are still happening around the stadium and club that aren’t perhaps as visible to be able to show the supporters some real progress.”

The Valiants haven’t played a Sky Bet League Two fixture since the trip to Cheltenham on March 7. All involved with the club are eager to see Askey’s side continue their unbeaten run, which started in January against Exeter.

“The buzz around Vale Park on match and non-match days is something we’ve worked hard on since May so being able to welcome people into Vale Park again is something myself and the Port Vale team are very much looking forward to.”