My name is David Tinsley and I embarked on an expedition to Kenya with my Wife Kathryn back in May this year which was organised through our church in Biddulph, Stoke-on-Trent. The church is St Lawrence's in Biddulph and it has been partnered with a Kenyan church called St Paul's, based in Syongila, for 25 years now.

There were nine people in our travelling group which included mainly ex-teachers. My wife is a Paramedic for West Midlands Ambulance service based at Stoke where she has worked for nearly 30 years. She has covered match days at Port Vale on many occasions, whilst I am a Civil Engineer currently working for Stoke City Council.

We flew into Nairobi airport on May 11th 2019 and from there made our way to our destination which was Kitui, the county town of Syongila. On our way to Kitui we stopped at All Souls Cathedral, Machakos, where we met a young man called Daryll Mantthi who ran a sports ministry through the church for the local children who attended church or lived in the town. This is used to educate the children and to give them an alternative to hanging around the streets where they could get involved in drugs or other dangers.

The photo below shows us presenting the Port Vale Away U12's Kit to Daryll of All Souls Cathedral, Machakos. The man to my left is James Musyoka, our contact at St Pauls Syongila who introduced us to this Church en-route to our destination. Port Vale were good enough to give us three of the junior away strips including goalkeeper kits. 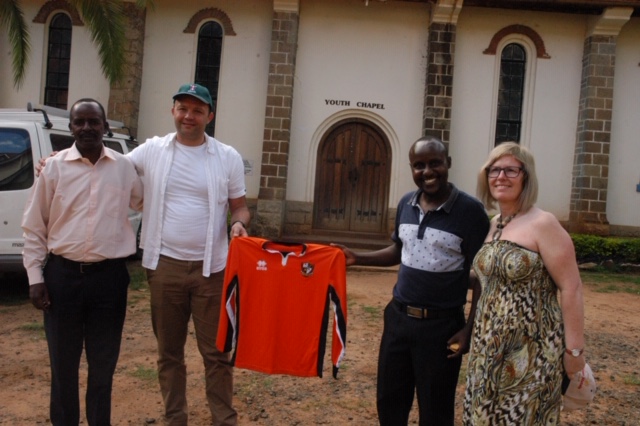 As we all know football kits need to be washed, and given the facilities they have, Daryll washes the kit by hand after each match day. He is very motivated and he has his football coaching badges which he achieved through the Kenyan Football Association. As far as we were aware, the children had never played in a complete football strip before, and the photos below show their excitement when they were presented with the kit. 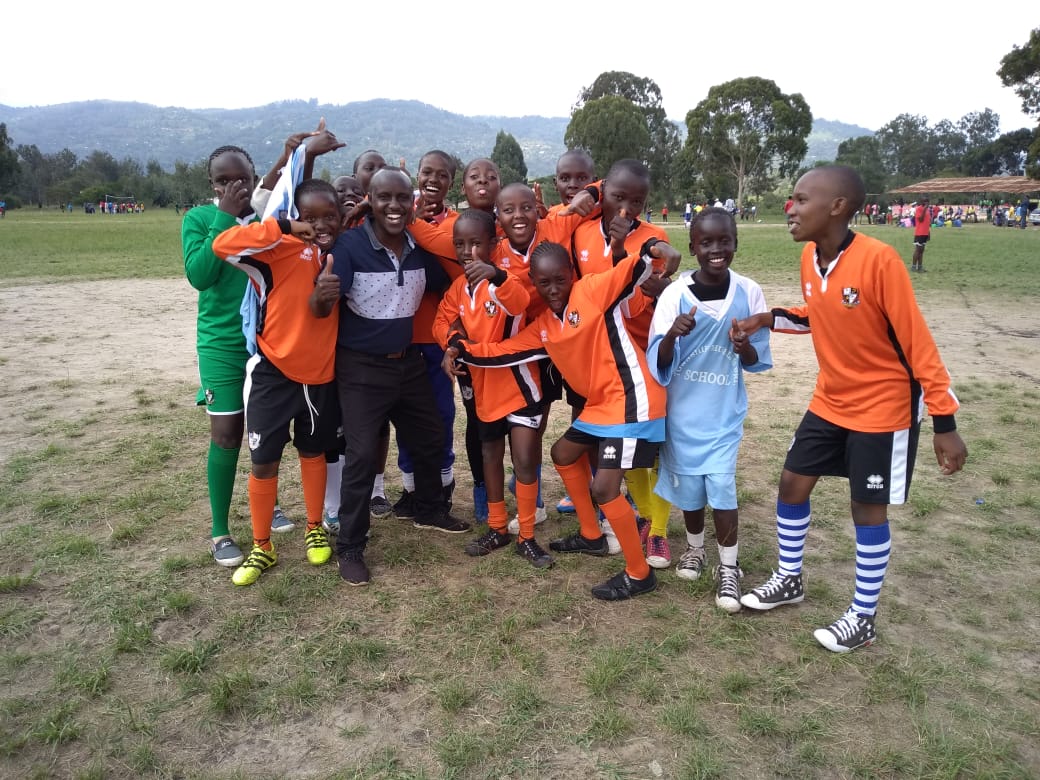 The second kit was presented to the Headteacher at Arch Bishop Nzimbi Secondary School which was the local school in Syongila. See below Photographs. 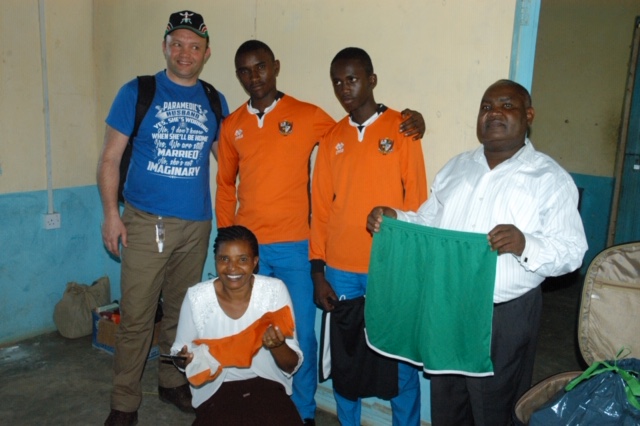 After presenting the boys with the football kit, we heard that the girls were not very pleased with missing out so we asked the Headteacher what we could get the girls. We arranged for a delivery of sanitary towels which is something they do not use over there given the expense.

I thought I’d also share what Kathryn has been up to. She has wanted to use her skills in areas of the world where they do not get the level of health care that we get in this country. There is a clinic in Syongila which caters for quite a large population of local people of varying ages. There are no medically trained personnel at the clinic which became apparent on arrival. Kathryn had taken medical equipment with her which made a large impact. Kathryn was treating people with a variety of problems which included Typhoid, Arthritis, vomiting and intestinal worms. 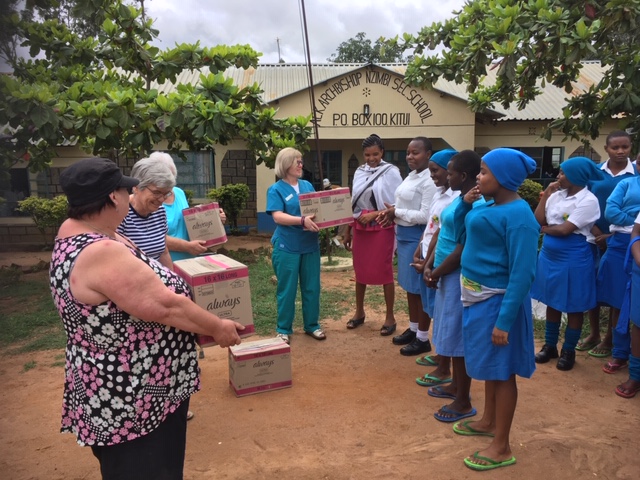 The third football U10s strip was presented to the church we are partnered with called St Pauls Syongila and they have this strip for the children who come to Sunday School and the Youth Groups.

Finally, we would like to thank Port Vale Football Club for there generosity with donating the football strips and I think you can see from this report that they have been greatly appreciated.