Saturday night hosted Vale's annual awards evening, but who picked up what on the night?

It was a night of celebration for Port Vale on Saturday night as the annual Players Awards evening took place.

Supporter’s, staff and players gathered in the Valiant Suite where the awards were presented by BBC Radio Stoke presenter, Lee Blakeman. It was a clean sweep for Vale striker Tom Pope who took a total of five awards home after an excellent season.

It was a total of five trophies for Tom Pope who made a clean sweep at Vale Park. ‘Popey’s” 17 league goals this campaign have earned Football League competition to stay in Burslem for next season as he continues his legendary status. 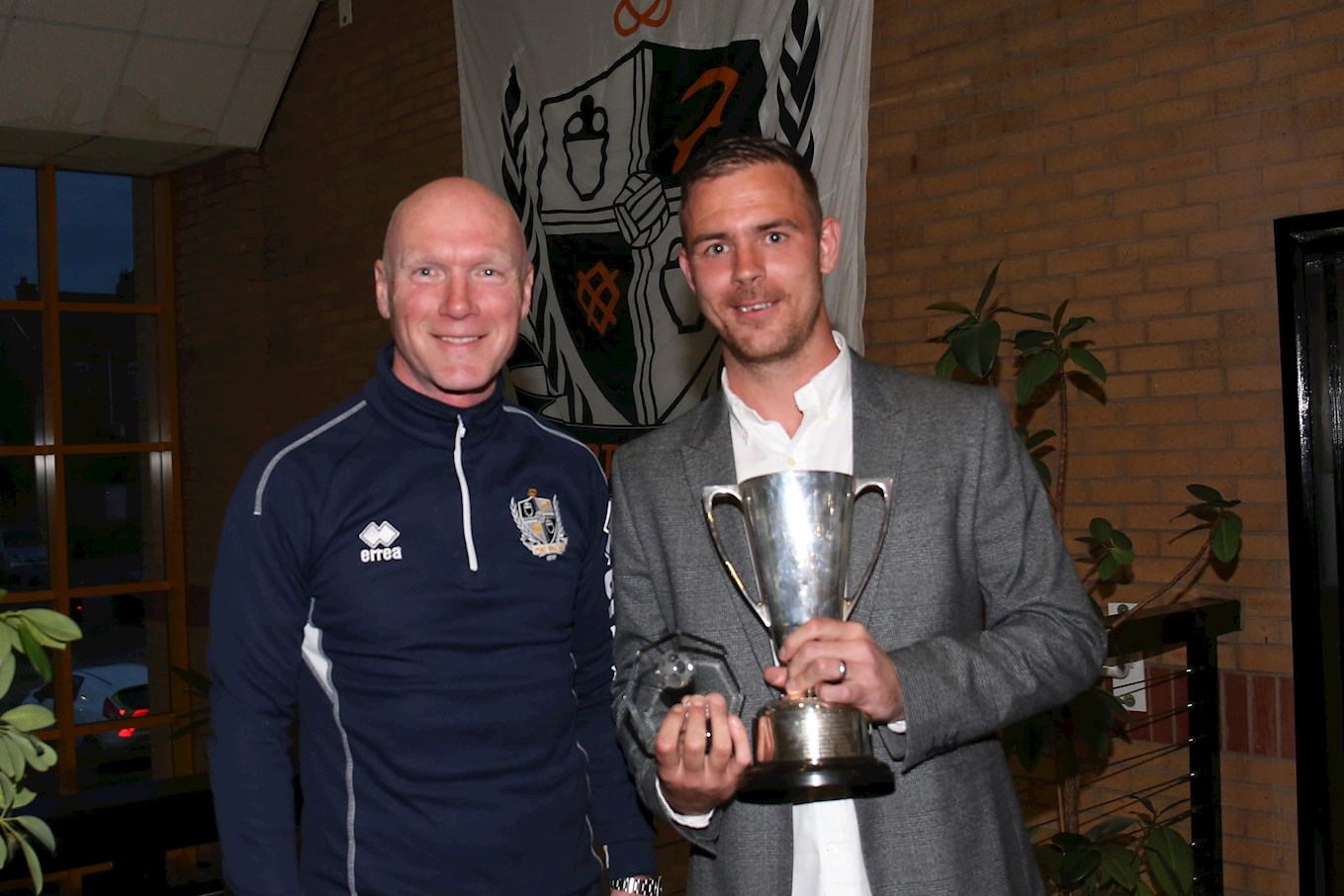 After an horrific injury earlier on in the season, Adam Yates also had a successful evening by picking up three awards. His work within the foundation has not gone unnoticed by all as his achievements were celebrated. 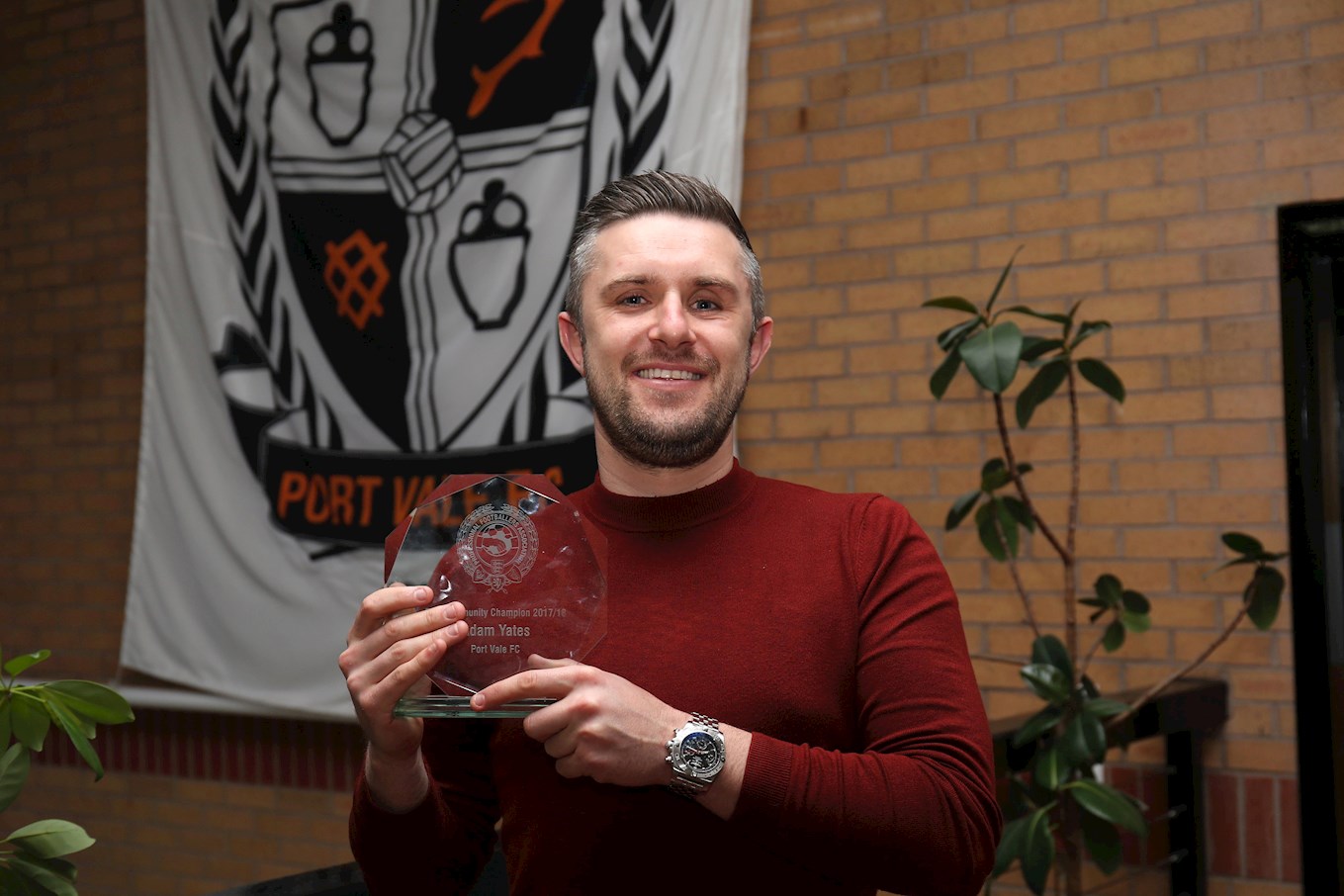 Just making his debut in September, ‘Gibbo’ has gone on to become one of the highlights of the season for Vale fans. His crunching tackles and heart for the shirt have secured a solid place at right-back within the squad as another local lad broke through into the first-team picture. 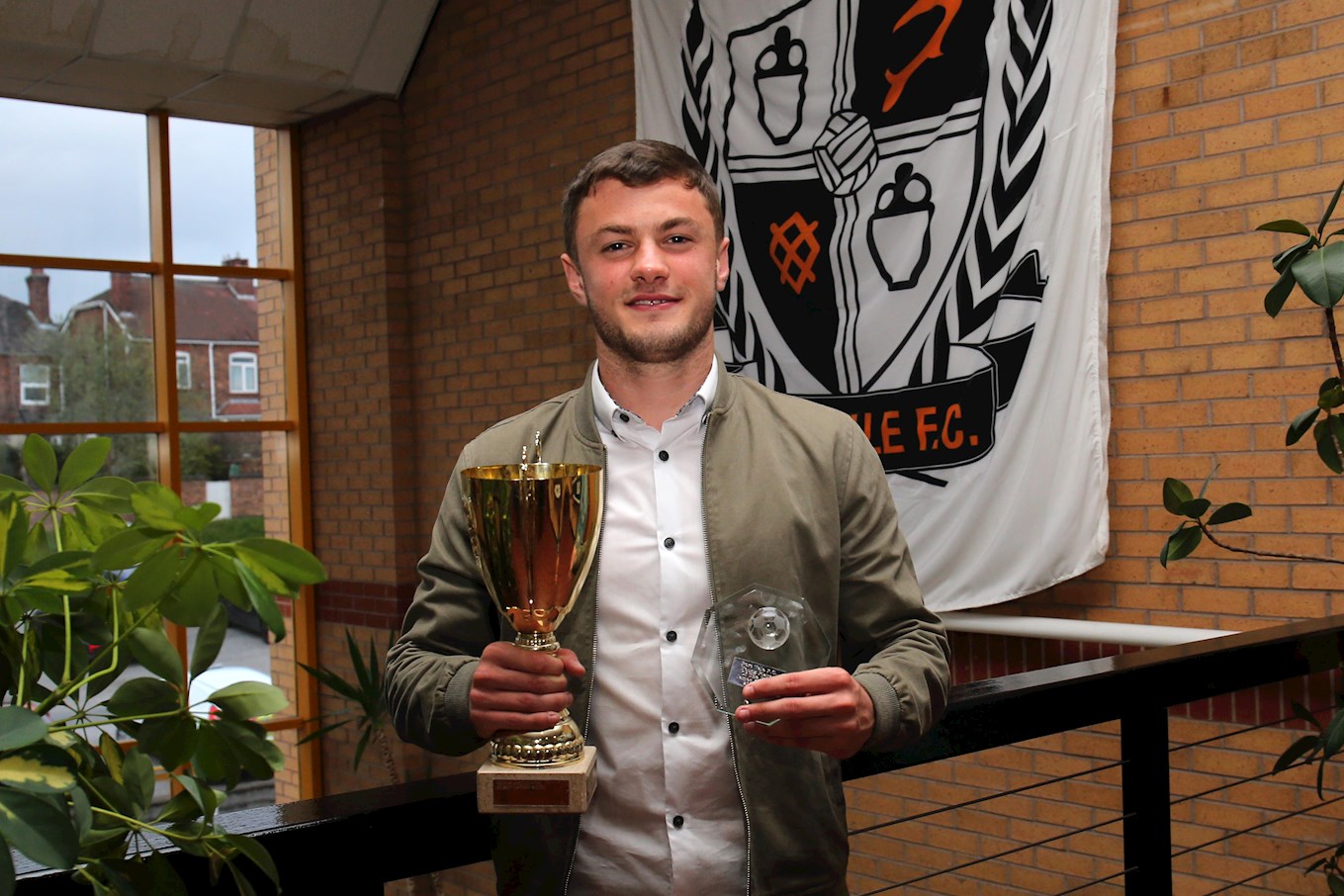 Antony Kay – Goal of the Season vs Crewe

This award was always going to go towards one member of the first team with similar goals. Antony Kay’s two thunder strikes against Yeovil Town and Crewe Alexandra looked both to be favourites for the season with his derby-day strike managing to nick the award. 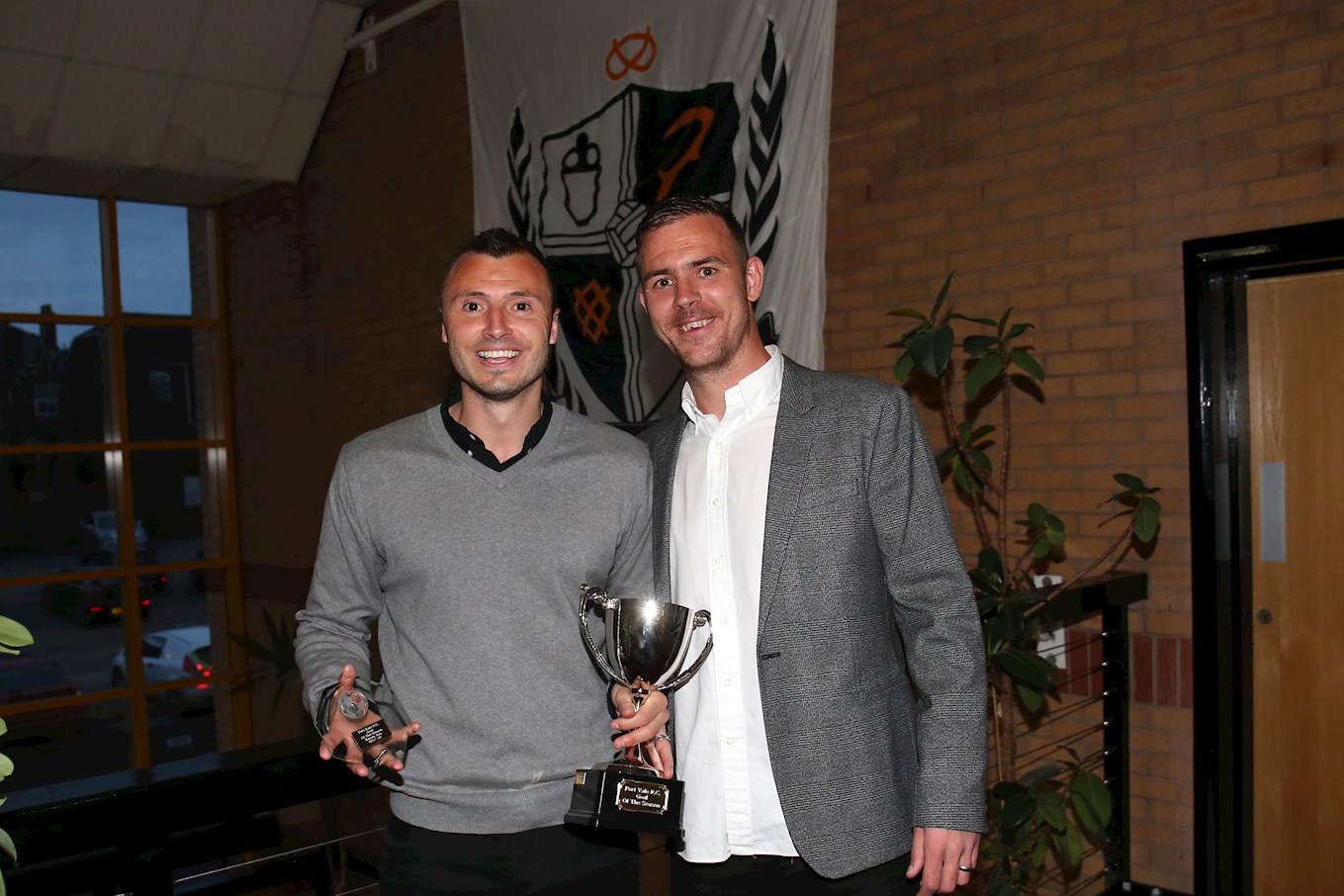 It was also an excellent day for youngster Harry Benns who was named on the subs bench for Saturday’s tie against Carlisle United. Benns’ efforts for the youth side haven’t gone unnoticed under the management of Mick Ede who awarded the trophy. 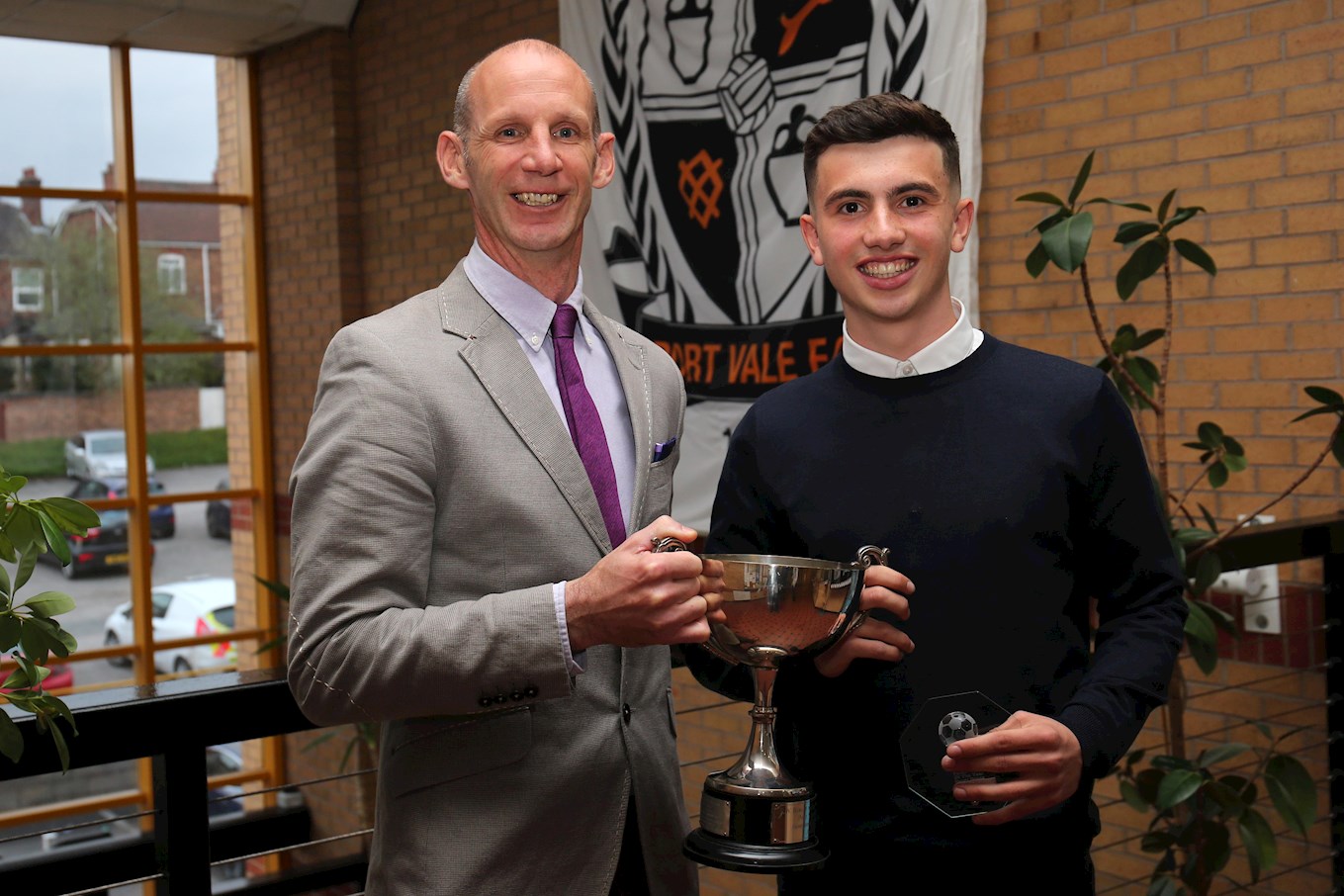